Alta Energy: Has the GAAR become toothless? – Part I 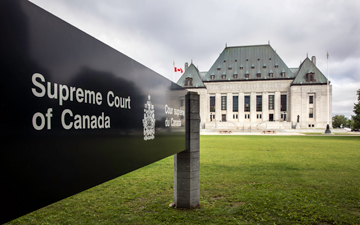 In part one of a two-part series, Allan Lanthier looks at the details of the Alta Energy tax avoidance decision by the Supreme Court of Canada

Montreal – In late November, the Supreme Court of Canada (SCC) issued its decision in Alta Energy,[1] a case dealing with aggressive tax avoidance using a tax haven corporation in Luxembourg.

In a 6 to 3 decision, a divided court concluded that a capital gain of $380 million was exempt from Canadian tax under the Canada-Luxembourg tax treaty, noting that “immoral” tax avoidance is perfectly legal in Canada. The decision shows how toothless our general anti-avoidance rule (GAAR)[2] has become.

Part I of this article describes the relevant transactions, and summarizes the analysis of both the majority and the dissent of the SCC. Part II will challenge parts of the majority’s analysis, and discuss what may lie ahead.

In April 2011, two U.S. groups — Alta Resources, a private company headquartered in Texas, and Blackstone, a publicly-traded private equity firm based in New York (referred to herein collectively as the “U.S. Principals”) — decided to acquire and exploit oil and gas licences in Northern Alberta. They formed a Delaware limited liability company (“LLC”), and LLC then incorporated a wholly-owned Canadian subsidiary — “Alta Canada.” Alta Canada began purchasing oil and gas licences two days after it was incorporated.

The U.S. Principals had not given much thought to Canadian tax issues: under the Canada-U.S. tax treaty, any gain realized by LLC on a future sale of the Alta Canada shares would be taxable in Canada. By late 2011, the U.S. Principals had been made aware that using a U.S. holding company (LLC) was a mistake that had to be rectified. So — after the fact — they hired a team of tax lawyers and accountants from five different firms to come up with a plan to eliminate Canadian tax. The advisors zeroed in on Luxembourg.

Luxembourg is well-known for the sweetheart deals it gives to taxpayers. In addition, Canada’s tax treaty with Luxembourg is more favourable than our U.S. treaty: while Canada reserves the right in its treaties to tax gains on shares that derive their value principally from Canadian immoveable property, article 13(4) of the Luxembourg treaty generally exempts such gains if a business is “carried on” in the immoveable property.[3] The taxpayer argued that Alta Canada did carry on such a business in the oil and gas properties.[4]

Luxco had no employees (the few administrative functions required were contracted out to a local service provider) or any purpose other than to hold the Alta Canada shares and avoid Canadian tax. It had two “Class A” managers who were executives with the U.S. Principals, and three “Class B” managers who were employed by the local service provider. The U.S. Principals never met with the Class B managers, or bothered to even ask for their résumés.

Luxembourg considers a corporation to be a tax resident, and “liable” to tax, if it has its legal or registered seat in Luxembourg.[7] However, being “liable” to tax is not the same as actually having to pay tax, and the Luxembourg tax ruling ensured that Luxco would owe no tax on a future gain.

The Alberta Partnership provided virtually all of its funding to Luxco as debt — an interest-free loan, and a participating loan that carried both fixed and variable interest (together, the “Luxco Debt”):[8] the partnership’s investment in Luxco’s share capital was limited to one per cent of its total funding.[9]

The sale to Chevron

In September 2013, Luxco sold the shares of Alta Canada to Chevron, an unrelated third party, for cash of $680 million, realizing a gain of $380 million. Virtually all the proceeds accrued to the Alberta Partnership in its capacity as creditor under the Luxco Debt and, at Luxco’s direction, Chevron paid all of the cash to the Alberta Partnership: Luxco never saw a penny.[10]

Luxco filed a Canadian tax return reporting the gain but claiming exemption under article 13(4) of the Canada-Luxembourg treaty. The Canada Revenue Agency denied the treaty exemption on the basis that the Luxembourg-flip was an abuse of the treaty.

After decisions in favour of the taxpayer at both the Tax Court of Canada and the Federal Court of Appeal, it was left to the SCC to settle the dispute.

Both the majority and the dissent considered the issue of abuse, but came to very different conclusions.

Justice Suzanne Côté, writing for the majority, stated that the first step of an abuse analysis is to ascertain the object, spirit and purpose of the relevant provisions and, because this was a question of treaty interpretation, that this must be done with a view to implementing the “true intentions” of the parties who drafted the treaty. “Tax treaties are replete with choices,” she said, and one key choice made by Canada and Luxembourg was to deviate from the OECD Model Treaty and include an exemption for immoveable property in which a business is carried on.

In agreeing to include the exemption, “Canada sought to encourage investments by Luxembourg residents in business assets embodied in immoveable property located in Canada,” she said, adding that, in this case, Luxco “made exactly such an investment”.[11]

Justice Côté stated that the dissent undertook its analysis as though the treaty were a statute rather than a negotiated bargain whose interpretation must reflect the intentions of the treaty drafters and that, “if the GAAR is to remain a robust tool, it cannot be used to judicially amend or renegotiate a treaty.”

Justices Malcolm Rowe and Sheilah Martin penned the dissent (with Chief Justice Richard Wagner concurring) and saw the issues in a different light. The lower courts had erred, they said, by considering only the text of the relevant treaty provisions, rather than the context and purpose of the provisions. “This is not the exercise mandated under the GAAR,” they stated.

A GAAR analysis involves a different inquiry than traditional statutory interpretation, they said: it is a search for the rationale that underlies the words in a provision that may not be captured by the bare meaning of the words themselves.

They described Luxco’s presence in Luxembourg as “mere gossamer” and “manufactured out of whole cloth.” They said that Luxco was an “empty shell” and that its utter lack of a genuine economic connection with Luxembourg meant it was not entitled to treaty exemption.

“The common intention of Canada and Luxembourg in entering into a tax treaty could not have been to provide avenues for residents of third-party states to indirectly obtain benefits from Luxembourg’s tax regime … despite the absence of genuine ties to that state,” they concluded.

The majority has spoken, and you and I are on the hook for the Canadian tax that was avoided. The U.S. Principals must be delighted: there is no tax in Canada and, as a result of the Luxembourg tax ruling, zero tax in that country as well.

Part II of this article critiques parts of the majority’s analysis, and then discusses how the SCC decision may impact (1) GAAR consultations that are already underway and (2) the new OECD-sponsored “principal purpose test” in Canadian tax treaties.

[1] Canada v. Alta Energy Luxembourg S.A.R.L.: 2021 SCC 49.
[2] Section 245 of the Canadian federal Income Tax Act: RSC 1985, c. 1 (5th Supp.), as amended.
[3] This exemption is also included in many other Canadian tax treaties, but not in our treaty with the United States.
[4] Alta Canada had no employees, but used contractors to drill six wells during 2012 and 2013, and to participate as a non-operator in the drilling of two additional wells.
[5] The Alberta Partnership was governed by the laws of Alberta, but its only office was in Houston, Texas.
[6] While the agreed statement of facts does not specify the amount of the demand note, Alta Canada had acquired licenses at a cost of about $210 million by April 19, 2012, an amount that, as a result of further acquisitions of licenses and some drilling costs, would increase to $300 million by the time of the third party sale in 2013.
[7] A corporation is also liable to tax in Luxembourg if its central administration is in that country. As Luxco’s central administration was in the United States, this second test was not relevant.
[8] The agreed statement of facts does not disclose what happened to the $210 million demand note that Luxco issued to LLC to acquire the Alta Canada shares. LLC presumably transferred its note receivable to the Alberta Partnership, where it became part of the Luxco Debt.
[9] The Luxco Debt – a financial derivative – was apparently required to secure the Luxembourg tax ruling: the entire amount of a capital gain on a sale of the shares of Alta Canada would be paid by Luxco as “interest” to the creditor (the Alberta Partnership), thereby avoiding all tax in Luxembourg.
[10] On receipt of the cash, the Alberta Partnership recorded a “sale note” due to Luxco, and offset the note against the Luxco Debt receivable.
[11] This statement does not reflect the fact that the decision to invest in Canadian oil and gas licenses had been made well before the tax advisors turned their thoughts to Luxembourg, or that $210 million of the total $300 million investment was spent before the Luxembourg-flip.

Allan Lanthier is a retired partner of an international accounting firm, and has been an advisor to both the Department of Finance and the Canada Revenue Agency.

This article is part one of a two-part series. Top image licensed from iStock. Author photo courtesy Allan Lanthier.