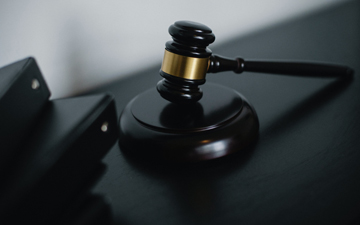 Montreal – A private member’s bill intended to facilitate intergenerational transfers of a family business — Bill C-208 — became law on June 29, 2021. The bill provides an exception to section 84.1 of the Income Tax Act.[1] However, the bill was deeply flawed and, until the rules are redrafted later this year, the surplus stripping floodgates are wide open.

That said, a recent decision of the Federal Court of Appeal[2] involving the application of the general anti-avoidance rule may provide the tax authorities with some hope should they challenge aggressive surplus strips that occur before new restrictions are in place.

The saga of Bill C-208 has been fairly well chronicled, although some analyses have been more accurate than others.[3] The bill received Royal Assent on June 29 and, the following day, the government issued a news release stating that the new rules would only apply, in modified form, starting on January 1, 2022.[4]

Opposition MPs and business advocacy groups expressed outrage: how could the government simply ignore the will of Parliament? On July 19, one day before the finance committee of the House of Commons was scheduled to meet and grill officials from the Department of Finance, the government issued a second news release stating that “the law is the law” and that Bill C-208 was indeed in force: also, that its provisions will apply until new rules with proper safeguards against surplus strips are introduced later this year. These new safeguards will only apply on the later of November 1, 2021 and the date of publication of final draft legislation.

Tax rules to facilitate intergenerational transfers of an incorporated family business should require that the children or grandchildren own a majority of the common shares of the purchaser corporation, and become actively involved in the management of the business.[5] The problem is that Bill C-208 requires neither of these.

In general terms, the bill provides that, if an individual sells qualified small business shares or shares of a family farm or fishing corporation to a corporation “controlled” by her adult children or grandchildren, she will benefit from capital gains treatment, including the lifetime capital gains exemption (LCGE), provided the purchaser corporation does not dispose of the transferred shares for at least 60 months.

Under the Act, “control” of a corporation normally means legal (de jure) control — ownership of a sufficient number of voting shares to elect a majority of the company’s board of directors. The only real requirement under Bill C-208 is therefore that the children or grandchildren have legal control of the purchasing corporation. Parliament should have recognized this for what it is: an open invitation for high-income individuals to surplus strip, at a tax revenue cost that will be in the hundreds of millions or billions of dollars.

A surplus strip under Bill C-208

Here is an example of a surplus strip under Bill C-208. Mr. A is a top-bracket taxpayer resident in Ontario. He owns all the shares of Co. A, a private corporation carrying on an active business. The shares have a nominal tax basis and paid-up capital. Mr. A has no plans to sell the business to anyone, but would like to access Co. A’s excess cash of $1 million.

His accountant tells him that his tax rate on a cash dividend would be close to 48 percent. However, in light of Bill C-208, the accountant has a plan that will allow Mr. A to strip out the cash with almost no personal tax.

Mr. A forms a new company (Newco), and his children invest a small amount (say $100) in fixed-value, preferred shares that give them voting control of Newco.  He then sells his shares of Co. A to Newco for cash of $1 million and common shares issued by Newco from treasury.[6] After claiming the LCGE, Mr. A’s tax cost is nominal.

When Bill C-208 received Royal Assent, it seemed unlikely that the Canada Revenue Agency (CRA) would be able to successfully challenge this type of aggressive surplus strip under the general anti-avoidance rule (GAAR). In enacting Bill C-208, Parliament could have chosen either de jure control — which it did — to provide increased certainty and predictability to taxpayers, or opted for different standards that are used elsewhere in the Act to provide safeguards against the loss of tax revenues. While the test under Bill C-208 is de jure control, the recent decision of the Federal Court of Appeal (FCA) in Deans Knight[7] may now offer the CRA some hope under GAAR.

The decision in Deans Knight

Deans Knight involved the monetization of tax losses. In general terms, subsection 111(5) of the Act restricts access to a corporation’s tax losses if there is an acquisition of de jure control of the corporation.

Overturning a decision of the Tax Court of Canada and finding in favour of the Crown, the FCA concluded that, for purposes of an abuse analysis under GAAR, the object, spirit and purpose of the loss restriction rules are not fully reflected in the text of subsection 111(5).

In her reasons for judgement, Justice Judith Woods stated that there are “clear statements of government intent and jurisprudence acknowledging that the Act generally aims to prevent loss trading”, that GAAR is intended to supplement provisions of the Act to deal with abusive tax avoidance and that, under GAAR, the purpose of subsection 111(5) takes into account different forms of control even though the text of the provision is limited to de jure control.

The court also addressed the 1998 decision of the Supreme Court of Canada in Duha Printers:[8] in that case (which pre-dated GAAR), the court stated that it is entirely open to taxpayers to use technicalities of tax law to avoid a change of de jure control in order to secure a tax benefit.

The FCA stated that Parliament responded to Duha Printers, not by changing the de jure control test in subsection 111(5), but by enacting GAAR to respond generally to abusive tax avoidance. This part of the FCA’s reasoning is odd, considering that GAAR was enacted in 1988, ten years before the Supreme Court rendered its decision in Duha Printers: Justice Woods rationalizes her position by stating that the transactions in Duha Printers were implemented in years (1983 to 1985) before the GAAR was enacted.

In summary, the FCA has decided that, for purposes of a GAAR analysis, the object, spirit and purpose of subsection 111(5) restricts the tax losses of a corporation if a person acquires “actual control over the corporation’s actions, whether by way of de jure control or otherwise.” The decision is an important one: the court decided that clear and unambiguous language in a particular provision in the Act will not always be determinative in the context of a GAAR analysis.

Which brings us back to Bill C-208. While the new exception in Bill C-208 only requires that the children or grandchildren acquire de jure control of the purchasing corporation, might a court follow Deans Knight and conclude that, under GAAR, section 84.1 of the Act will continue to apply unless the children or grandchildren acquire “actual control” of the family business, and the parents relinquish that control?

What is the object, spirit and purpose of the new exception?

In considering the object, spirit and purpose of subsection 111(5) in Deans Knight, the FCA referred to a statement made by the Minister of Finance in 1963, an article published by a senior Finance official in 1988 when GAAR was enacted, and a decision of the Supreme Court of Canada which states that there is a general policy in the Act that prohibits the transfer of losses between taxpayers.[9] However, determining the object, spirit and purpose of an exception to section 84.1 that was enacted less than two months ago is a very different matter.

The Canadian courts have said that Parliamentary intent should be determined by a purposive interpretation of the relevant legislative provisions, in light of their context,[10] and that “comments of MPs or even Ministers may or may not reflect the parliamentary intention to be deduced from the words used in the legislation”.[11] The Supreme Court of Canada has also stated that a search for parliamentary intention is “an idle pursuit at best.”[12]

These challenges notwithstanding, the new exception does refer to “control” of the purchasing corporation and, in light of Deans Knight, the CRA could take the position that, under GAAR, the relevant question is: whose business is it? Do the children have “actual control” over the actions of the family business, or do the parents?

Only time will tell if aggressive surplus strips before new restrictions are in place may be vulnerable to a challenge under GAAR. However, before entering into a surplus strip, taxpayers should consider the significant tax cost that could result should a court determine that section 84.1 of the Act continues to apply.

Allan Lanthier is a retired partner of an international accounting firm, and has been an advisor to both the Department of Finance and the Canada Revenue Agency. Photo by Sora Shimazaki from Pexels.

Any transfer of a family business must be structured correctly to avoid re-assessment by the CRA, says Canadian tax lawyer and accountant David Rotfleisch
Thought Leaders

In part two of a two-part series, Allan Lanthier outlines the strategy for legislative repeal and predicts what lies ahead for Bill C-208