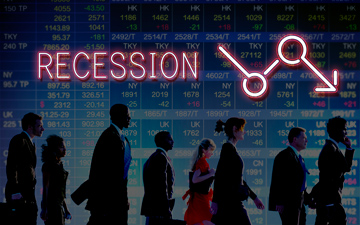 OTTAWA, May 5, 2020 – Is socialism coming back under Covid-19? Historical precedents for strong government intervention in weak economies have all had financial roots. This economic downturn, sparked by a public health crisis, is unique. Governments are telling people to stay home — in many instances, without work. During the Great Recession and financial crisis of 2007-08, for example, governments in several western countries, including the United States, bailed out multiple large banks, as well as the auto industry.

“It wasn’t socialism that was making it possible for banks or the auto industry to continue to exist. The bailouts made it possible for private enterprise to continue in those industries,” says William Mitchell, a professor of strategic management and the Anthony S. Fell chair in new technologies and commercialization at the University of Toronto’s Rotman School of Management.

Governments also invest in infrastructure at various times to a greater or lesser degree, often increasing such investment in bad economic times to create demand, which in turn makes it profitable for a private enterprise to obtain business they wouldn’t otherwise get, in order to help it continue operating.

“This is true of any economic cycle, not just 2008,” Mitchell elaborates. “It was true during the recession of 2001 after 9/11. It was true of the challenging economic times after the dot-com bust. It can also be true independent of recessions if, say, a local business that a government believes has broad importance into the economy, struggles. Think of Bombardier, which has had public support.”

One of the key differences in the government response to the Covid-19 crisis in Canada, the U.S. and other countries, compared to how these governments responded during the Great Recession of 2007-08, is the lightning speed with which the responses designed to keep money in peoples’ pockets were announced this time — in some cases within only about one week of the shutdowns, says Bauer.

“That was really unprecedented,” he adds, noting that measures designed to address previous recessions caused by underlying financial conditions have traditionally come through scheduled budgets which provide economic stimulus or tax transfers to assist targeted businesses as well as individuals.

These can take time. For example, during the Great Recession, the Troubled Asset Relief Program (TARP) package in the U.S. wasn’t signed into law until October 2008, nearly a year after the recession and subsequent financial crisis began to unfold.

Quickly announced measures are probably scary to governments because members don’t have the same potential for oversight, or the ability to walk through all the different stages of contemplation that a budget would. But in the Covid-19 crisis, which poses a grave danger to health, they “just kind of have to get financial relief out there,” says Andy Bauer, an assistant professor with the University of Waterloo’s School of Accounting and Finance.

On the monetary side, there are similarities between the measures announced to combat the economic carnage created by Covid-19 in 2020 and the government’s reaction after the financial crisis in 2008. One of those key measures, is quantitative easing (QE), says Arvind Magesan, an associate professor in the Department of Economics at the University of Calgary. QE injects a lot of cash into the economy and reduces the supply of assets with a long maturity, thus lowering their yield.

However the fiscal measures announced in 2020, such as the wage subsidies being paid to firms so they will hold on to their employees, are unique.

“The issue we have now is that workers can’t go to work, and firms can’t afford to pay them if they’re not selling things. So how do we keep the match between employer and employee through the crisis? The hope is that the wage subsidy will do that, but I’m not sure it’s going to be enough the longer this goes on,” Magesan says.

Unlike the Great Recession, which started in certain industries before spreading, in this instance with the effects of the government-mandated health shutdown, “you’d be hard pressed to find an industry that wasn’t feeling immediate negative effects of this,” says Bauer.

The current situation has also impacted millions of individuals. “For many people, this is a substantial problem because they lack savings. They’re also heavily indebted, especially on a mortgage. Levels of private debt in Canada at the household level are particularly worrisome,” observes Francesco Trebbi, a professor of economics at the University of British Columbia’s Vancouver School of Economics.

Moreover, he notes, in places such as Toronto and Vancouver, where there are extremely high house prices, even a small economic shock can throw homeowners off balance. But the Covid-19 shutdown is a large shock that could put many families underwater and unable to service their mortgage which could, in turn, become systematic and cause a massive housing crisis in Canada.

Jeff Buckstein, CPA, CGA is an Ottawa-based freelance business journalist. This is the second in a series on the COVID-19 pandemic and economic models. Read the full series in order: