Work on climate, not weaponizing the Constitution 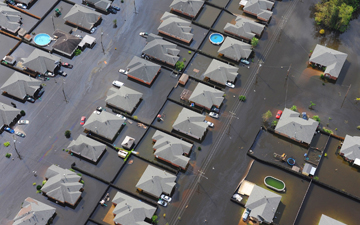 Last week, the Saskatchewan Court of Appeal issued its opinion on the constitutionality of the federal government’s carbon-pricing framework. A 3-2 majority of the court agreed Ottawa can impose a gradually rising floor price on greenhouse gas emissions across the country, confirming the consensus view of Canada’s legal experts.

While the Saskatchewan Court of Appeal’s word won’t be the last — the Ontario Court of Appeal’s decision is next and appeals to the Supreme Court of Canada from the province are inevitable — its recognition of climate change as a major threat to the planet is welcome.

And while the court’s opinion is only an advisory one and is confined to Saskatchewan, its recognition of climate change as a major threat helps to bring Canada in line with the growing number of countries whose courts are acting as vital legal bulwarks supporting the urgent political action required to mitigate climate change.

Ottawa’s carbon-pricing legislation operates as nothing more than a backstop with two key parts. Part one imposes a charge on a broad range of greenhouse gas-emitting fuels, while part two establishes what the federal government calls an “output-based performance system,” whereby industrial facilities pay for the portion of their emissions that exceed an annual limit.

Crucially, this backstop only applies in those provinces that have failed to price greenhouse gas emissions through a direct price or cap-and-trade system at the minimum level established by the federal government. Provinces are otherwise free to regulate emissions within their territorial boundaries.

The court concluded Ottawa has jurisdiction to impose this carbon-pricing backstop under the national concern branch of its constitutional “peace, order and good government” power.

We applaud the court’s conclusion. However, as law professors we’d be remiss if we didn’t question its unduly narrow approach.

The first step in resolving a federal-provincial jurisdiction dispute is to determine the purpose of the law in question. The court narrowly determined the purpose of Ottawa’s legislation as establishing minimum national standards of price stringency for greenhouse gas emissions.

This interpretation confuses the means for the end. Carbon pricing, including a minimum-price backstop, is the federal government’s chosen means for achieving the end goal of reducing greenhouse gas emissions.

The court also overstates the implications of recognizing broad federal jurisdiction over greenhouse gas emissions. Provincial legislatures, the court argues, would be significantly denied the authority to deal with emissions.

But this is true only where provincial and federal law conflict. In matters of shared federal-provincial jurisdiction such as environmental protection, federal and provincial laws can coexist in the absence of a genuine conflict under what’s known as the “double aspect” doctrine.

The dissenting judges likewise appear to have confused the absence of an explicit assignment of jurisdiction over the environment in 1867 for an absence of environmental jurisdiction altogether. Ottawa’s fuel charge, which they characterize as a tax, applies pervasively to almost all aspects of provincial economies. They argue it’s “constitutionally repugnant” for Ottawa to exercise its taxation power in a way “that controls constitutional measures taken by the province to address greenhouse gas emissions, over which the Constitution Act, 1867 has declared the provinces to be supreme.”

The court’s approach harkens back to a time when federal and provincial powers were understood as exclusive “watertight compartments.” That view, however, has long been rejected by the Supreme Court of Canada in favour of a more flexible, evolutionary and cooperative approach capable of adapting to an ever-changing world.

But our professorial objections, while important as fine points of law, are ultimately beside the point. As the majority of the court eloquently explains, “If it is necessary to apply established doctrine in a slightly different way to ensure both levels of government have the tools essential for dealing with something as pressing as climate change, that would seem to be entirely appropriate.”

But this isn’t the end of the story. Political opponents of even a bare-minimum price on greenhouse gas emissions are spinning the court’s decision as fodder for their resistance. Alberta’s newly elected Premier Jason Kenney says the 3-2 split decision is far from a broad victory for Ottawa.

Kenney is also contemplating a constitutional challenge to Bill C-69’s Impact Assessment Act, another part of Ottawa’s package of measures to address climate change. But Bill C-69 is no less constitutional than the Canadian Environmental Assessment Act enacted in 2012 by the Harper government, of which Kenney was an influential cabinet minister.

Enough distraction and delay. Canada is warming at a rate twice that of the rest of the world, and nearly three times the global average in the Arctic. As Julie Gelfand, the outgoing Environment and Sustainable Development Commissioner, reiterated in her final audit, Canada has for decades failed to meet its targets for reducing greenhouse gas emissions, and the government still isn’t prepared to adapt to climate change.

Globally, according to a new report by the U.N. Intergovernmental Science-Policy Platform on Biodiversity and Ecosystem Services, nature is declining at rates unprecedented in human history and the rate of species extinctions is accelerating. Grave impacts on people around the world are now likely.

This has to change. We have to stop weaponizing the Constitution and start working together, across party lines at all levels of government, on urgent and ambitious climate action.