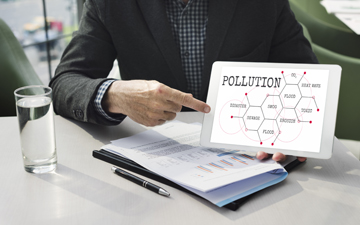 Many Canadians are confused about the carbon tax and how it will affect them. Here are some answers to common questions about this new tax.

What is a carbon tax?

A carbon tax is a levy applied to fossil fuels based on how much carbon dioxide they release when burned.

Coal, for example, releases more carbon pollution than natural gas to produce the same amount of energy. The federal carbon tax will raise the price of coal more than the price of natural gas.

The carbon tax doesn’t apply to hydroelectricity and other energy sources that don’t release any carbon pollution.

Why is the tax being applied in only four provinces?

The federal and provincial governments (with the exception of Saskatchewan) previously agreed to establish a consistent Canada-wide price on carbon pollution. The agreement gave provinces flexibility to devise their own policies, as long as they covered the same sources at the same carbon price. If they didn’t, the federal government would step in.

In 2018, all provinces satisfied the federal government’s conditions except for Saskatchewan, Manitoba, Ontario and New Brunswick, where the federal “backstop” carbon tax is being applied.

Although the federal carbon tax is being applied in only those four provinces as of April 1, 2019, residents of other provinces are also paying an equivalent tax — and in some cases have already been doing so for many years.

How much will it cost me?

In 2019, the carbon price starts at $20 per tonne of carbon dioxide released. That translates to an additional 4.4 cents per litre of gasoline.

The tax will increase annually, reaching $50 per tonne in 2022. By then the gasoline tax will be 11 cents per litre.

The total cost for an individual will depend on how much fossil fuel energy they use. Those who drive more or heat large homes with fossil fuels will pay more than the average, while those who use less, say by taking public transit, will pay less.

The average household cost from the federal carbon tax will range from $200 per year in New Brunswick to $400 in Saskatchewan, which relies more on coal to generate electricity.

I heard there are rebates! How do I get one?

Residents of Saskatchewan, Manitoba, Ontario and New Brunswick are eligible for a carbon tax credit, starting with the 2018 tax year. The tax credit either reduces an individual’s tax bill or increases their refund by the same amount. Only one person is eligible per family, but the size of the refund is based on the number of adults and children in the household.

The federal government has committed to returning all carbon tax revenues to the province from which it is collected.

As a result, the average household rebate will vary from $250 in New Brunswick to $600 in Saskatchewan — this is greater than the average costs of the tax. Most taxpayers will get more money back than they will pay in carbon taxes.

There is additional funding for rural and northern communities, small businesses, schools, hospitals and local governments.

Income and sales taxes exist to raise money for government services like health care and education. Environmental taxes are different. Their purpose is to create price incentives for consumers to conserve energy or switch to less carbon-intensive fuels.

Consumers respond to prices. At the grocery store, if the price of cauliflower goes up, you might buy broccoli instead. The same is true for fossil fuels.

When the price of gasoline increases, people are more likely to combine trips, take the bus or buy a more fuel-efficient vehicle. When home heating is more expensive, they’re more likely to fix leaks or install a smart thermostat.

People often ask how a carbon tax can work if the government is giving all the money back.

Let’s say you received a pay raise before you went to the grocery store. Even with more money in your bank account, you’d still consider whether to buy the broccoli instead of the more expensive cauliflower.

It’s the same with carbon tax rebates. Although households will get money back through their taxes, consumers will still respond to changes in fossil fuel prices.

Am I being punished?

Historically, we’ve thought of pollution as a problem caused by a few factories. Climate change is different and urgent.

Only half of Canada’s carbon emissions come from big industrial sources. The rest come from small sources like motor vehicles, buildings and landfills. We can’t meet our goal to stabilize the global climate unless all sources are part of the solution.

How does a carbon tax work?

The carbon tax is not punishment for bad behaviour. Rather, it’s a price signal to encourage people to lower their fossil fuel consumption.

No one expects everyone to cease all consumption of fossil fuels overnight, but there is a lot individuals and industry can do to reduce their carbon footprints.

Are big polluters off the hook?

No. The federal carbon tax (and equivalent provincial schemes) apply to industrial sources as well as households.

But there is a plan to return money to companies that face competition from countries with weaker climate policies. Like the household rebates, industrial rebates are designed so that the same carbon price — and incentives to reduce carbon pollution — apply to all industrial sources.

Kathryn Harrison is a professor of political science at the University of British Columbia. This article is republished from The Conversation under a Creative Commons licence. Image by rawpixel.com