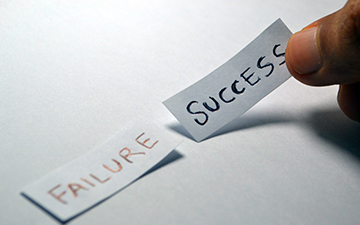 TORONTO, March 20, 2019 – In its federal budget, Canada’s Liberal government announced plans to create a Canadian Drug Agency to reduce the costs of drugs for Canadians and to expand a program to create 40,000 work placements for students within five years, among other initiatives.

But the documented litany of failures by governments of all levels, far and wide, to effectively implement policy and build programs and infrastructure doesn’t always provide much hope for the future.

Are governments bound to chronically fail, go over-budget or botch the big projects necessary to make major policy changes and introduce new systems or infrastructure to the public? There’s a mountain of research suggesting government projects routinely fail in Canada, the United States and Great Britain.

But now let’s look at a list of key success factors gleaned from the research into failure.

This is more than setting up an oversight process for major implementations. It’s about avoiding the turnover of project leadership, running the project in a consistent way over time and sticking to the objective.

This takes not just dedicated staff — that’s a given — but also a consistent oversight by the real owner of the project. That means regular executive review, real challenges built into the system to protect everyone and an effective and speedy way to make decisions.

A common theme in major implementation failure is that the whole team and organization was working in an echo chamber when it came to risks.

In major implementations, risk abounds since there are so many unknowns. This is new territory much of the time. And so effective risk management is key to dealing with those inevitable twists and turns of doing something differently. So many stories of failure will feature the deliberate glossing over or ignoring of warning signs, mostly in the interest of time or pressure to produce.

As the U.K. National Audit points out in its 2013 study: “The challenges of delivering government projects are compounded by the endemic over-optimism.”

Success is built on a clear understanding of the risks, gathered from a variety of sources, not just the echo chamber that reinforces your world view. That means looking for the requisite variety in both risk analysis and governance. As Karl Weick, a University of Michigan scholar and student of organizational resilience, points out: “…organizations with access to more varied images will engage in sense-making that is more adaptive than will organizations with more limited vocabularies.”

What does that mean for success? You need an organizational curmudgeon. You need to ensure differing views are expressed and not published. You need to fight the tendency for groupthink.

3. Test drive and shop around

The arc of so many failures often starts with a solution in pursuit of a problem. Options for implementation are often ignored in favour the bright shiny object that will solve all the problems.

Look at the recent announcement of a single health agency for Ontario. Much is being promised but there is no clear link between the problems in health and the way the health-care system is organized.

Success seems to lie in the very difficult process of selecting the solution. Central to this effort is to have different perspectives at play and to try out the potential solutions before committing to them.

Part of the test drive is to engage both the end user of the new system or policy and the client as well. They are the two players who will remain when the big project is done.

The end user is the field staff or operational unit that actually has to operate the changed systems. The client is, of course, the beneficiary or recipient of the changes.

In fact, the end user, is often ignored until the solution has been designed. And the commitment to that sole solution is so unwavering that the people who actually have to make it work in the real world had little say.

So get those people involved at the planning and thinking stages. Their real-life experience is an absolute necessity.

Successful organizations build in many forms of the aforementioned curmudgeon, including process audits, end-user testing and feedback, client feedback and, most importantly, people who do not have a stake in either the favoured solutions or just pleasing the boss.

But it’s critical that the boss commits to protecting them if their input is negative.

4.  Memory capture as a survival tool

Failure has a familiar character to it. In fact, many organizations seem doomed to a Groundhog Day existence of one failure after another, with new teams, new directions and new resolutions not to make the same mistakes —and then proceeding to fail again.

Escaping that syndrome requires organizations to learn from their mistakes and successes. How many times have you heard someone say: “You really messed that up. Can you tell me what you did? How can we learn from that?” I’m guessing not often.

That’s because generally, people are running for cover. Too bad. There are a variety of ways to escape the syndrome. Unfortunately, in the public sector, there is also a tendency to avoid even admitting errors to avoid political embarrassment.

But organizations can and should build case studies of both their successes and failures. There are also structured debriefs of the type that first responders use to assess their performance. There are a variety of tools. The key is wanting to use them.

If one theme is consistent in failure, it’s that the implementers took on too much, too soon, too fast, assuming their premises were right and would, when put out into the real world, stand up to that harsh climate. All studies of the Canadian government’s Phoenix pay system crash point to the fast start, the removal of staff with expertise and the ramping-up of new staff and systems too quickly as central to the failure.

The rollout was staged. Many problems were handled as they occurred with a very responsive and consistent leadership team. The process was highly adaptive as new problems arose.

Implementing major policy changes or projects in government is a messy business. Starting with that understanding, adding a heavy dose of humility and learning from others is a good place to move closer to success.

Andrew Graham is a retired government executive teaching and researching at School of Policy Studies, Queen’s University, in governance and oversight, public sector leadership, management, financial management, security matters. This article is republished from The Conversation under a Creative Commons license. Read the original article. Image by Fathromi Ramdlon from Pixabay