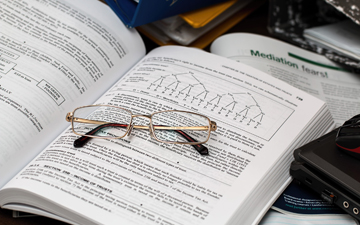 TORONTO, March 1, 2019 – Canada’s competitiveness is in jeopardy, according to the Chartered Professional Accountants of Canada, and time is of the essence to launch a full review of the tax system in Canada. According to “The Best Way Forward: Designing a Tax Review for Canada,” the national body for Canadian accountants wants a tax system that is “designed for the taxpayer and is internationally competitive, with a goal of becoming one of the world’s fairest, simplest and most efficient.”

CPA Canada asserts that support is “overwhelming” for an “ambitious, comprehensive” tax system review that is “long overdue,” as it was more than 50 years ago that the Carter Commission undertook a full-scale review of Canadian taxation. “The extraordinary level of support for a tax review presents a golden opportunity for the federal government to act,” says Joy Thomas, president and CEO, CPA Canada.

“Stepping forward and announcing a review would pave the way to create a better tax system that positions Canada for both economic growth and social development,” Thomas continues. “If the government does not announce this much-needed initiative in the federal budget, CPA Canada will urge it and other parties to demonstrate their commitment by making a tax system review a key pledge in their campaigns for the upcoming federal election.”

CPA Canada’s report lists a number of tax review proponents. Domestically, the Canadian Chamber of Commerce, Canadian Manufacturers & Exporters, and the Senate Banking Committee are calling for a royal commission. Adding their voices internationally is the International Monetary Fund and the Organisation for Economic Co-operation and Development.The House of Commons Standing Committee on Finance, the Business Council of Canada and the Advisory Council on Economic Growth support an independent expert panel.

What is CPA Canada recommending?

CPA Canada is calling for the review to be conducted by “an independent expert panel comprising a mix of senior members of the tax, legal, business, economics and academic communities and representatives of key stakeholders.” The accounting body wants clear terms of reference that sets out a “broad mandate” and a “transparent process” for the review.

CPA Canada identified three themes for a proposed tax system for the 21st century that would promote “sustainable growth and prosperity for Canada and Canadians.” It begins with making the tax system “simpler, fairer, more efficient and competitive so that all Canadians benefit.”

Among CPA Canada’s recommendations are to align Canadian taxation with “key trading nations” and determine the optimal mix of income and consumption taxes. The OECD and other international economic bodies have identified lower tax rates introduced by the Trump administration as a threat to Canadian economic competitiveness. Other bodies, however, have pointed to the tax cuts as reckless, in relation to a ballooning debt and deficit.

CPA Canada wants the review to simplify and modernize tax policy, ensuring that Canadian individuals and businesses with the least resources can understand the rules. In calling for simplicity, one could argue that CPA Canada is demonstrating a balance of interests, as the revenue Canadian tax accountants and lawyers is supported by the current complexities of the Income Tax Act.

The third theme is to support changes to the Canada Revenue Agency and tax administration to ease compliance for taxpayers. A growing narrative among tax professionals is that the Trudeau government’s funding of the CRA has resulted in an emphasis on compliance. This was bolstered by the late Michael Ferguson’s Auditor General’s report listing the ways in which the CRA does not accurately monitor its own compliance metrics and fails to audit Canadian taxpayers fairly.

Undoubtedly, an overhaul of the Canadian tax system would benefit Canadian accountants in public practice, just as CPAs in the U.S. have benefitted from the passage of the Tax Cuts and Jobs Act of 2017. CPA Canada also singles out Canada’s Scientific Research and Experimental Development (SR&ED), a popular program among tax advisors, for an overhaul.

As the report itself concludes, changes are “unlikely to start before Canada’s next federal election in the fall of 2019.” However, with the conclusion of the tax reform thought leadership series, the national body is looking to further engage Canadians on the topic, as we head into the 2019 federal election.

By Canadian Accountant staff with files from CPA Canada. The report and other materials are available at cpacanada.ca/taxreform.