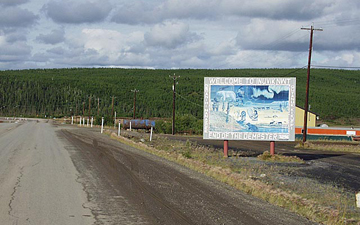 OTTAWA, Aug. 10, 2020 – Individuals living in northern Canada believe the Canada Revenue Agency is unfairly targeting them due to their Indigenous status or northern residence. “That’s where we really see systemic barriers, says Taxpayers' Ombudsperson Sherra Profit, who has conducted outreach activities with Band and other councils, Friendship Centres, regional and local politicians, community groups and residents.

The 2019-20 annual report of the Office of the Taxpayers’ Ombudsman (OTO) flags CRA service issues in Northern Canada. It also cites northern and rural resident frustration with the CRA’s credits, benefits and deductions review processes, with complaints being that they are too frequent.

“The main thing is members of these communities feel that they’re being unfairly targeted for repeat reviews," Profit told Canadian Accountant. "Take the Northern residents deduction for example. It has a very high rate of review. When I first started talking to the CRA about this they said there’s a high rate of review because it’s one of the deductions that has a higher error rate.

“The perspective I take as an Ombudsman is perhaps that’s an explanation, but it’s not a good reason why there should be an increased rate of review. The CRA needs to take a step further back and look at what is causing this systemic barrier that we’re finding people are making more errors in trying to complete the forms for the Northern residents deductions. Why is it so difficult? And what needs to change?” she says.

CRA spokesperson Dany Morin says that, because the Canadian tax system is based on self-assessment, the CRA must review taxpayer returns annually to ensure that taxpayers are entitled to the claims they have made, and that the amounts claimed have been correctly calculated.

“These reviews are an important part of CRA’s compliance activities to maintain the integrity and confidence in Canada’s tax system,” says Morin. “The CRA does not consider the review of an income tax and benefit return to be a negative reflection on the integrity of a taxpayer.”

The CRA does not either target or exclude any category of taxpayer when selecting returns for review. The Agency endeavours to conduct its review activities fairly and to maintain a balance between the need to review tax returns and the possibility of causing an undue burden on taxpayers, Morin explains.

While some returns are chosen at random, the majority are selected based on a system designed to incorporate multiple factors to identify the returns that carry the highest potential for voluntary or involuntary inaccuracy. “Returns are selected on an individual basis. It is possible for a taxpayer to be selected for review in consecutive years. For example, where a claim is reduced, not allowed on a taxpayer’s return, or where there is no response to a letter requesting more information, that taxpayer may be more likely to be reviewed in future years,” he elaborates.

Another source of frustration expressed to the OTO is that people feel they are constantly being asked to prove they live in the same place as they have for the past several years for the purposes of the Northern residents deduction. Part of that problem may have to do with needing to prove they also maintain a dwelling in the north, which only certain people can do. Often, that isn’t as clear-cut as proving that a mother, father and children live in a single dwelling because in the north, there are situations involving extended families or even multiple families living in a single home, Profit explains.

“And so who can claim that becomes a little murkier,” she says.

In addition to complaints expressed by residents in northern and rural areas about the difficulties receiving and submitting documents to CRA, the OTO was told the CRA does not provide clear and up-to-date information on claiming benefits and credits as well as the requirements for filing returns that report tax exempt income.

Moreover, it can take longer to process tax exempt income because that needs to be done manually. It generally takes about eight weeks to process paper returns, compared to just two weeks for digitally filed returns. That extra wait time creates difficulties, and is an example of how the tax system can create systemic oppression for certain groups of people, says Profit.

She says that CRA needs to take into consideration the circumstances associated with having a vast population spread out over a very diverse geographic area in order to enrich the service they can provide.

Jeff Buckstein, CPA, CGA is an Ottawa-based freelance business journalist. Image from Yukoninfor.com. This is the second article in a three-part series. Read the full series in order:

The CRA disputes allegations of Northern Canada service issues, in the first of a three-part series by business reporter Jeff Buckstein
Practice

The CRA's national policy for saying sorry to taxpayers