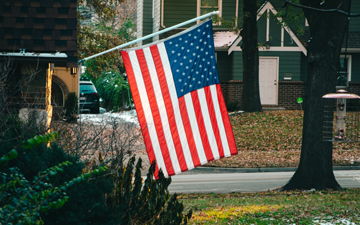 Lost tax revenue in the real estate sector has been a key issue for the CRA, say David Piccolo and Jessica Bishara of TaxChambers LLP in Toronto.

TORONTO – Canadian residents pay income tax on their worldwide income. In an effort to crack down on unreported offshore income, the Canada Revenue Agency (the "CRA") recently announced that it will start a cross-border investigation in the United States.

The investigation will look through the past six years' worth of real estate transactions, from 2014 to 2020, in search of any American "real estate and real property data where a Canadian resident is the owner or party to the purchase, sale or transfer." CRA will seek information such as municipal addresses, owner names, square footage, sales histories, and property tax assessments.

The CRA said in its notice, titled Bulk United States Real Property Data Re: Canadian Residents, that "[t]his information will enhance the Agency's ability to administer tax programs and to enhance the various tax Acts in order to protect Canada's revenue base and to support the Agency's business and research processes."

In its endeavour to identify and tax Canadians' worldwide income, the CRA has authority, through Canada's tax treaty with the U.S., to seek assistance from our neighbour south of the border.

Canadian taxpayers who are ultimately discovered and reassessed as a result of this upcoming investigation can face significant penalties and interest. For instance, a taxpayer who has knowingly failed to disclose foreign property worth over $100,000 on a T1135 form may be subject to a penalty equal to 5% of the cost of that property, if the form is overdue by more than 24 months. These penalties can accumulate quickly if the failure to file, for example a T1135, occurred for a number of years.

Concerned taxpayers with unreported income may consider proactively disclosing their information to the CRA before any reassessment, through the CRA's Voluntary Disclosure Program.

That program has two tracks: (1) the General Program and (2) the Limited Program. The General Program provides greater relief from penalties, interest, and criminal prosecution. The Limited Program provides limited relief where there is an element of intentional conduct on the part of the taxpayer. Taxpayers will not face criminal prosecution nor be charged gross negligence penalties, but will be charged other penalties and interest.

The CRA considers several factors in deciding which of the two tracks is suitable, including whether the disclosure was only made after a CRA statement regarding its intended specific focus of compliance (for example, the launch of a compliance project).

Accordingly, now that the CRA's announcement has been made about its U.S. investigation, voluntary disclosure applications regarding real estate in the U.S. may be caught under the Limited Program.

By David Piccolo, partner, and Jessica Bishara, associate, of TaxChambers LLP in Toronto. Photo by Jonathan Meyer on Unsplash.