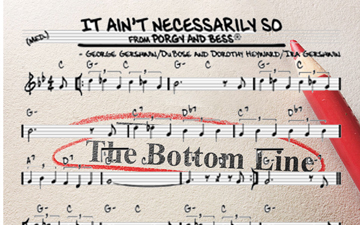 TORONTO – Accounting involves communication and the use of language to convey business information. As with all languages, communication can create misunderstandings if one does not understand the underlying assumptions and principles of language structure.

Bookkeepers keep the financial records of a business enterprise accurate to the penny. Accountants use the bookkeeper's numbers to produce the enterprise's financial statements: the income statement, balance sheet and statement of cash flows. Hence, it is understandable that investors and non-accountants consider the reported profits of a business — the "bottom line" of an income statement — to be the last word in financial reporting. But is it?

In fact, the net income figure is only an estimate of financial performance based upon many decisions involving judgment, selection of accounting principles, estimates, values and forecasts of future and contingent events. In preparing financial statements, management will sometimes opt for decisions that, with the benefit of hindsight, may require restatement of its financials.

A restatement revises a previously issued financial statement to correct an error. A company must restate its financials when it determines that a previous statement contains "material" inaccuracy. However, there is minimal guidance in defining materiality. Accountants are responsible for determining whether a past error is "material" enough to need a restatement.

The following is an example of a restatement:

"At the end of last year, the Company restated it sales and profits for the five years ended August 31, 2007, reducing revenues over the 5year span by $234 million and net income by $325 million."

How, you may well ask, can a business reduce its net profit by more than the amount that it reduces its sales revenues in the same period? The answer is obvious, but disturbing. Not only did the Company overstate its revenues by $234 million during the five years, but it also understated its expenses by $91 million in the same period. The cumulative effect of the two caused the Company's revised net profit to fall by $325 million.

The news would be bad for investors and the tax collector, which would ask to refund previously paid taxes.

The language of reporting financial restatements is an art. In April 2007, for example, a listed New York Stock Exchange company filed its quarterly report with the Securities & Exchange Commission (SEC) in which it restated its accounting for income taxes as follows:

"During the second quarter of 2007, the Company identified certain errors in its income tax accounting primarily relating to maintaining and tax effecting jurisdictional data and the classification of tax amounts in the Consolidated Balance Sheets. In addition, certain errors had been recorded and disclosed in the period in which they were identified rather than in the period in which they occurred since they were immaterial. While these errors are immaterial both individually and in the aggregate to our Consolidated Financial Statements, the Company has determined that these errors will become material to income from continuing operations upon completion of [certain transactions]."

The company also disclosed that it might restate other net income figures depending upon the results of continuing investigations.

"The Company and others have received various subpoenas and requests from the SEC and others seeking the production of voluminous documents in connection with various investigations into the Company's governance, management, operations, accounting and related controls..the Company cannot predict when these investigations will be completed, nor can the Company predict what the results of these investigations may be. It is possible that the Company will be required to pay material fines, consent to injunctions on future conduct, lose the ability to conduct business with government entities or instrumentalities.or suffer other penalties or adverse impacts, each of which could have a material adverse impact on the Company's business. It is not possible to estimate the amount of loss, or range of possible loss, if any, that might result from an adverse resolution of these matters."

To be sure, regulatory and tax authorities clearly understand that net profit does not always mean "net profit." Thus, both the Canada Revenue Agency and the U.S. Internal Revenue Service have formal mechanisms for revising annual profits and filing amended tax returns based upon subsequent information. There is, of course, a financial penalty if the taxpayer underestimated its tax payable in the earlier filing. More frequently, however, restatements of financial statements reduce — rather than increase — previously reported amounts of net income.

For example, in February 2019, Molson Coors Brewing Co. restated its financials for fiscal years 2016 and 2017 after auditors found accounting errors for income taxes related to deferred tax liabilities. The company said that the errors originated from its acquisition of the remaining 58 percent stake in MillerCoors LLC in 2016, adding that its impact would not be material. After restating, the financial results for fiscal 2016 would reflect an increase in Molson Coors' deferred tax liabilities and deferred tax expenses by $399.1 million, which in turn would pull down its net income and earnings per share.

Accounting is the art of communicating financial information. The bottom-line net income figure is only an estimate of financial performance based upon many decisions involving judgment, accounting principles, estimates, values and forecasts. Artists are entitled to a certain amount of artistic licence, as are accountants, who, after all, are essentially numerical artists. Thus, the bottom line of the income statement warrants close scrutiny because "It Ain't Necessarily So."

* With due respect to George Gershwin's opera, Porgy and Bess.

Canadian calls for tax reform have been met with minimal success