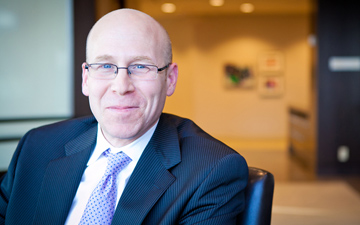 The third and final part of a three-part series, "Tax Planning for the Non-Specialist Advisor: Unlocking Liquidity in Corporate Capital Losses," by Michael Goldberg of Minden Gross LLP

Recently, I published a short note on LinkedIn1 with a list of some recessionary planning tools and strategies that advisors may wish to consider using to assist their clients in these difficult times. In that short note I also mentioned I was hoping to write about some of those ideas. This three-part series2 (the "Series") is part of my effort at following through on my good intentions.3

In particular, the Series has been designed to encourage advisors to strategically plan corporate loss transactions to enable their clients to maximize the tax-free benefits of the Capital Dividend Account ("CDA").4 As the Series progresses the discussion will progress from a review of the most basic principles to more advanced planning concepts. Part I of the Series reviewed gain and loss taxation at its most basic, and it also reviewed certain key aspects of the CDA relevant to the Series theme, including what I refer to as Strategic CDA Planning. Part II of the series fleshed out a number of other relevant CDA matters and introduced what I refer to as a 4C Strategy. Finally, this Part III of the Series will review some strategies to enhance Strategic CDA Planning and also discuss a few cautions.

To this point the Series has demonstrated how to use capital losses (tax lemons) strategically to create tax free liquidity for shareholders (tax lemonade). The reality is that the recipe of each client's tax lemonade will differ and the planning for clients can create all sorts of ancillary benefits.

As an example, if Mr. Wise5 didn't need all of the cash from CDA Dividends for personal use he might choose to lend some or all of the funds back to the corporate group on a secured basis. Better protecting assets is planning that can be beneficial in any time period, let alone during a recession.

If Mr. Wise's interests in Holdco included low adjusted cost base ("ACB") and low paid-up capital ("PUC") fixed value preferred shares, CDA distributions could be made on a deemed basis by redeeming Mr. Wise's shares and having Holdco elect to treat the deemed dividends on redemption6 as CDA Dividends.7 Assuming that Mr. Wise does not own common shares,8 this type of planning would reduce Mr. Wise's exposure to tax on death.9 In this case, assuming that the entire $500,000 CDA balance is used to redeem $500,000 of Mr. Wise's preferred shares of Holdco, his tax exposure on death would be reduced by more than $125,000,10 further enhancing the benefits of the planning.

With a bit of creativity, these and other plans could be implemented to further enhance Strategic CDA Planning for clients.

In recessionary times the needs of our communities are greater than ever. However, as a result of recessionary pressures on clients other priorities may interfere with charitable giving objectives.

Assume that the 4C Strategy implemented above for Mr. Wise and his corporate group is adjusted so that Holdco only crystallizes $800,000 of capital gains and gifts $200,000 of Opco shares to a registered charity.11

Many of the tax results described in the 4C Strategy for Mr. Wise and his corporate group in Part II of the Series would apply. Notably, Mr. Wise could enjoy $500,000 of tax-free cash on the redemption of his shares out of the CDA and would reduce his future tax liability exposure on death as previously described.

While Holdco would be able to use its capital losses to pay no tax in both scenarios, the addition of the gifting strategy would give rise to a few different tax results in Holdco than a straightforward 4C Strategy. In particular, Holdco would ultimately be entitled to a $200,000 deduction against any income earned by it.12 Also while Holdco would still have $1,000,000 of ACB in securities issued by Opco, it would now own shares of Opco with $800,000 of ACB and it would also hold $200,000 in secured debt of Opco instead of owning shares of Opco with $1,000,000 of ACB.

This planning alone may be enough to encourage Mr. Wise to cause Holdco to make the donation. Alternatively, if Mr. Wise decides that he values personal tax-free cash and additional ACB in Holdco's shares of Opco more than he values a deduction from taxable income in Holdco,13 then in advance of realizing capital losses, Holdco might use up its charitable deduction by crystallizing $400,000 of additional unrealized capital gains on its Opco shares.14 The crystallization would create additional ACB of $400,000 in Holdco's shares of Opco and it would generate an additional $200,000 of CDA. This CDA would allow Mr. Wise to redeem an additional $200,000 of his Holdco preferred shares on a tax-free basis, which would further reduce his future tax liability obligations on death.

The chart below attempts to summarize the benefits of adding in donation and additional crystallization planning to the 4C Strategy discussed in the immediately preceding section.

This is just one illustration of how combining traditional strategies such as a wasting freeze and charitable giving with a Strategic CDA Plan, in this case a 4C Strategy, could enhance charitable giving benefits for charitably inclined clients.

However, there are endless variations of planning combinations that a creative planner could come up with.15

The Department of Finance ("Finance") and the CRA generally consider a surplus strip to be any planning that is intended to allow distributions of corporate property to be made to individual shareholders at a reduced tax rate when compared to distributions made by way of taxable dividends. These government bodies are generally of the view that corporate distributions should be taxed as dividends.16

Based on the perspective of these government bodies, it appears that they may consider the 4C Strategy and maybe even Strategic CDA Planning generally to be forms of surplus strips. This view appears to be reinforced by the introduction on July 18, 2017 of retroactive legislation that, as initially drafted, would have made the 4C Strategy and Strategic CDA Planning generally, as well as many other types of common tax planning strategies, ineffective.

Fortunately, much of the July 2017 draft legislation was abandoned, including the anti-surplus stripping provisions. In addition, some comfort can be taken from previous CRA commentary that has generally indicated that the CRA would not challenge corporate surplus strips because it was unlikely that assessments under the general anti-avoidance rule (GAAR)17 would be successful.18

Still, it is believed that Finance continues to study surplus stripping and continues to view most forms of surplus strip planning to be offensive. Also, in the face of ever-growing federal debt it cannot be assumed that Finance will not try to eliminate the benefits of this type of planning in the future. As a result, Strategic CDA Planning strategies should not be regarded as completely risk free.

Even ignoring tax risks of the type noted above, as was discussed previously, Strategic CDA Planning can result in blockages in the ability to pay future CDA Dividends.

Although the 4C Strategy will increase the ACB in corporate shareholdings such as Holdco's interests in Opco, the 4C Strategy does not increase the underlying ACB of the assets in a corporation such as Opco. This may or may not be a concern depending on the tax characteristics of the assets in Opco and the likelihood that in the future an exit from Opco will be through an asset sale as opposed to a share sale. The planning point raised by this issue is that before implementing a 4C Strategy, it will be worth considering whether the strategy could lead to double taxation if there is a future sale of the Opco assets instead of a sale of the high ACB Opco shares.

Clients considering implementing Strategic CDA Planning (or related 4C Strategies) should be aware of all of the issues and risks associated with these types of plans.19 Nonetheless, I believe that, taking into consideration the benefits of Strategic CDA Planning (including 4C Strategies) and the current recessionary situation, and assuming a client needs or desires personal liquidity, the benefits will, in many cases, far outweigh any issues and risks associated with the planning.

Footnotes
1. https://www.linkedin.com/posts/magoldberg_tax-planning-in-recessionary-times-michael-activity-6685984129349234688-sivQ
2. Unless otherwise noted, defined terms in this article have the meaning designated in Part I of the Series.
3. I have also co-written an article with Vincent Didkovsky "Refinancing Prescribed Rate Loans Used for Income Splitting", (August 2020) 10:3 Canadian Tax Focus (https://www.ctf.ca/ctfweb/EN/Newsletters/Canadian_Tax_Focus/2020/3/200302.aspx).
4. I often refer to the process of taking tax lemons (for example, capital losses) and making them into something positive (for example, maximizing the benefits of the CDA) as making tax lemonade.
5. The facts associated with Mr. Wise and his corporate group, including Holdco and Opco, were discussed in Parts I and II of the Series and examples in this Part III of the Series will build on those facts.
6. See subsection 84(3) of the Income Tax Act (Canada) R.S.C. 1985 Ch .1 (5th Supp.), as amended (the "Act"). Unless otherwise noted all statutory references are to the Act.
7. Through filings that would include the certified resolution in respect of the redemption, which should provide that deemed dividends arising from the redemption are CDA Dividends.
8. Perhaps due to the prior implementation of an estate freeze (the details of estate freeze planning will not be reviewed in the Series).
9. See subsection 70(5).
10. This tax liability amount is approximate and is based on the assumption that Mr. Wise is a top rate Ontario taxpayer who, in the absence of the redemption, would have realized $500,000 of capital gains on the deemed disposition of Holdco preferred shares.
11. Following the realization of capital losses on the liquidation of Holdco's portfolio of marketable securities, Holdco will lend some of the funds to Opco (on a secured basis) and Opco will use those funds to repurchase the gifted Opco shares.
12. In general, paragraph 110.1(1)(a) limits the use of a corporation's charitable gift deduction in any particular year to 75% of the corporation's income in the year. However, where a corporation realizes capital gains in connection with a gift the limitation is increased by 25% of the taxable capital gains.
It is assumed that no limitations on the amount of the charitable gift will arise as a consequence of subsection 248(31) and associated provisions.
13. A factor in this decision could be that, due to the recession, profits in Holdco will be suppressed for a long period of time making it difficult for Holdco to make use of the donation deduction.
14. Depending on other income in Holdco, the taxable portion of the capital gains, being $200,000, may slightly exceed the total charitable gift deduction associated with the $200,000 donation of Opco shares. The difference is ignored in this illustration.
15. Because the taxable portion of donated public company shares is nil and 100% of the capital gain from a donated public security is added to the CDA, corporate donation strategies involving public company shares with large unrealized capital gains will often be able to enhance the benefits of this type of combined strategy even more than using a gift of private shares.
16. For example, see CRA document no. 2004-0086771C6.
17. Section 245.
18. See CRA document no. 2015-0610701C6. Also, recent jurisprudence including Gwartz et al. v. The Queen, 2013 DTC 1122 (TCC), has generally not agreed with the CRA's broad views on surplus stripping. Still, the CRA has had limited success attacking case specific surplus strip situations such as MacDonald v. R., 2012 DTC 1145 (TCC) rev'd 2013 DTC 5091 (FCA).
19. Other issues may also need to be considered, including the possible application of various stop-loss rules in the Act. For example, see the definition of "superficial loss" in section 54.

Planning to Maximize the Capital Dividend Account — Part I

Tax Planning for the Non-Specialist Advisor: Unlocking Liquidity in Corporate Capital Losses, is part one of a three-part series by Michael Goldberg of Minden Gross LLP
Practice