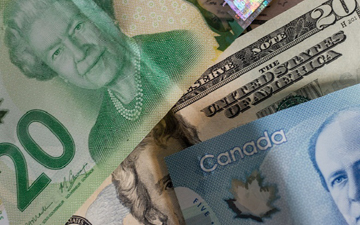 TORONTO – With an aging population, and the trillion dollar transfer of wealth to occur in the face of a shrinking income tax base, and in the face of what some assert is an increasing concentration of wealth at the top, the burning question is whether new forms of death taxes will raise their head, as well as lifetime taxes as governments struggle to balance budgets, get rid of burgeoning deficits and generally try to put their financial house in order.

With regard to taxation on death, interestingly, the Commission's recommendations included that capital gains be taxed on death, but as well that gifts and inheritances be included in the tax base and beneficiaries taxed on them. This recommendation was not adopted by the federal government over concerns with double taxation.

In 1993, the Ontario Fair Tax Commission established by Ontario's NDP government of the time recommended that there be a federal death tax, and that capital gains taxed on death be deducted in computing the value of an inheritance in order to avoid double tax.

The question of whether Canada should have an inheritance tax is a topic ripe for discussion in the face of reports showing increasing economic inequality and the political backdrop of growing populism.

Canada is unique in taxing capital gains on death, but among G7 countries, it is the only one without an inheritance or estate tax.

And with the introduction by the NDP in the 2019 Federal election of a proposed annual wealth tax of 1% of total assets of $20M or more, Canadian tax policy has become an increasing hotbed of new ideas and approaches and a key part of our political discourse. NDP leader Jagmeet Singh said the purpose of an annual wealth tax is to make sure people at the top pay their fair share.

South of the border, Elizabeth Warren's proposal of a 2% annual wealth tax on household wealth over $50M US is also part of the U.S. political discussion.

What however is "one's fair share"? In contrast to a death tax, which is focused on regulating inherited wealth and wealth transfers on death to the next generation, none of which has been "earned" by the recipient, a wealth tax redistributes all wealth, whether inherited or not, taking from only some. Is that fair? Should all wealth however acquired, including by those who earned it, be subject to tax, but only a few be required to pay the tax? Is this a legitimate and fair basis for redistribution of wealth by our tax system or not?

Interestingly, a majority of Canadians support a wealth tax on the very rich. In a recent 2019 poll commissioned by North 99, 67% supported the Warren-style 2% annual wealth tax on household wealth of over $50M. Only 14% were opposed, and 17% were undecided. Those over age 60 were most supportive, and perhaps very surprisingly, the millennial group was less likely to endorse such an annual wealth tax.

It seems in calculating future opportunity costs, and the impact on their individual situation, seniors who have not accumulated wealth anywhere near that amount and have nothing at stake and nothing to lose, are more supportive than millennials whose future lies before them, and accordingly have more at stake and more to lose by supporting such a wealth tax.