Friedman: The conflict between CRA civil audits and the Canadian Charter 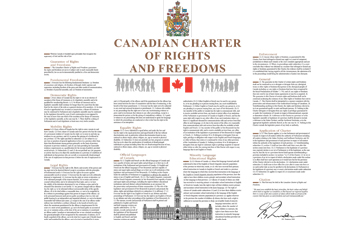 TORONTO – A decision in the federal court case Canada (National Revenue) v. Friedman has denied protection to taxpayers whose affairs may come under tax audit by the Canada Revenue Agency (the "CRA"). In this case, the taxpayers, the Friedmans, had neglected to file any T1135s or report any income from foreign sources to the CRA from the tax years of 2010 to 2016. As a result, the CRA selected their personal income tax and other related or associated entities for tax audit to determine if the taxpayers had complied with their T1135 foreign reporting obligations under the Income Tax Act. The taxpayers objected to the tax audit on the basis that subsections 231.1 and 231.7 of the Tax Act breached their rights under the Section 11 and Section 13 of the Canadian Charter of Rights and Freedoms.

Subsection 231.1 of the Income Tax Act gives the CRA broad investigative powers by authorizing the CRA to "inspect, audit or examine the books and records of a taxpayer and any document of the taxpayer or of any other person" that may relate to any amount payable by the taxpayer. Subsection 231.7 goes even further allowing a judge to compel a person to provide "any access, assistance, information or document sought" by the CRA in the course of their investigations pursuant to 231.1.

The Friedmans argued that these two provisions were in direct violation of Sections 11 and Section 13 of the Canadian Charter of Rights and Freedoms. Section 11 of the Charter provides a number of protections in criminal and penal matters. One of which is the right not to be compelled to be a witness, which protects against self-incrimination. Section 13 of the Charter supplements that rule by protecting an accused from any compelled evidence in a proceeding, regardless of whether it was filed or given in open court.

While the Friedmans themselves were not under criminal investigation, their underlying concern seemed to be that the evidence compelled from them under subsection 231.1 and 231.7 during the civil tax audit could still be used against them in a potential criminal proceeding for tax evasion. As such, the Friedmans also requested a declaratory judgement that would circumscribe the use of evidence gained under subsection 231.1 and 231.7 in any future criminal proceedings.

The court, however, dismissed the case on the grounds that there was no evidence that the CRA was pursuing a criminal tax investigation against the Friedmans and as such Section 11 protections were not engaged. The court also denied Section 13 protections characterizing the CRA's audit as a routine civil taxation audit that did not constitute a "proceeding" under Section 13 of the Charter. Such protections are only engaged if the taxpayer is charged with a criminal offence which was not the case for the Friedmans who were only under a civil tax audit.

The thin red line between civil audits and criminal investigations

The Friedmans' concerns weren't entirely unfounded. There is, of course, supposed to be a clear line between civil audits and investigations into potential criminal offences. In the 2002 case of R. v. Jarvis, the Supreme Court held that "where the predominant purpose of a particular inquiry is the determination of penal liability, [CRA] officials must relinquish the authority to use the inspection and requirement powers under ss. 231.1(1) and 231.2(1)." Once the main purposes of a CRA tax audit becomes an investigation into criminal tax liability, the taxpayer's rights under the Canadian Charter of Rights and Freedoms are engaged.

The problem with this is that CRA has an unfortunate tendency to blur the lines between the civil process and criminal investigations. This was demonstrated in Piersanti v. The Queen when the CRA's criminal tax enforcement division used their civil powers under the Excise Tax Act to obtain information that formed the basis for criminal charges relating to GST evasion against the taxpayer. Sadly, the taxpayer pleaded guilty without objecting to the evidence obtained through the unlawful use of the civil process and the issue was only brought up later when the taxpayer objected to CRA reassessments based on the same evidence. The Tax Court conceded that the taxpayer's rights may have been violated by the CRA's use of the information in the criminal proceedings but concluded that the defense should have been raised in the criminal trial.

If this is the court's response to the CRA violating our most essential rights under the Charter, then is it any wonder why taxpayers like the Friedmans would go through the process of retaining a lawyer to try and get at least some guarantee on their Section 11 and Section 13 rights?

Know your rights when under tax investigation from the CRA

At present, the CRA has no incentive to implement procedures that will prevent its investigators from improperly using their civil powers in criminal investigations. Ultimately, it's up to taxpayers and their professional advisors to confirm that any information or documents sought using civil powers are not for purposes of a criminal investigation and to promptly object when it becomes clear that they are. Otherwise, taxpayers may end up finding that they had raised the objection too late.

The CRA's response to a Federal Court Of Appeal decision
Practice

A taxpayer's rights to interest from the Canada Revenue Agency