A taxpayer's rights to interest from the Canada Revenue Agency 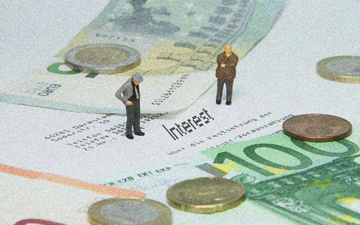 TORONTO– Under the Income Tax Act, RSC 1985, c 1 (5th Supp) ("ITA") 164(3) the CRA must refund interest at a prescribed rate based on the amount in respect of a taxation year that is refunded or repaid. (All future statutory references are to the ITA, unless specified otherwise.) This case is about whether the CRA is obligated to provide interest on a refund to Glatt ("taxpayer"), who had been assessed a penalty under the ITA's "planner" provisions. The issue has not previously been litigated. The court ultimately concluded [on May 24, 2019] the CRA's refusal to pay interest was unreasonable and the CRA must calculate and remit the interest owed to the taxpayer.

Background and Timeline of the Case

On June 12, 2012 the CRA issued a Notice of Assessment ("Assessment") to the taxpayer, levying a penalty of $2,890,050 pursuant to section 163.2 of the ITA. The Assessment did not specify a taxation year to which it related. Instead, the Assessment indicated the specific taxation year was not applicable, or "N/A."

On December 7, 2015 the taxpayer filed a Notice of Appeal with the Tax Court of Canada ("Tax Court").

The taxpayer communicated with the CRA between April 18, 2017 and August 22, 2017 requesting that the refund include interest and included the statutory basis and justification for the interest. The CRA stated they had no statutory authority under the legislation to provide the interest therefore cannot pay any interest in respect to the Principal Amount.

On September 20, 2017, the taxpayer filed an application for judicial review.

The case was broken into three preliminary issues:

The central points of the case raise three other issues:

1) Was the Federal Court the proper venue for this matter?

Both parties agreed for various reasons that the Federal Court was the proper venue to challenge the Reassessment. The taxpayer could not challenge the situation in the Tax Court because there was no tax owing and the law has established that a taxpayer cannot appeal from a nil assessment in Interior Savings Credit Union v R. The CRA provided reasoning that the Tax Court does not have jurisdiction over issues relating to overpayment relying on Imperial Oil Resources Ltd. v Canada (Attorney General) ("Imperial Oil"). The CRA relies on Imperial Oil to contend that the taxpayer only has the right to appeal a notice of assessment or reassessment in Tax Court if there is an assessment amount. In this case there is no assessed amount, only a refund. The Court concluded that this is the appropriate venue. The Court also noted an assessment which assesses no tax maintains the quality as an assessment (or reassessment) even though the amount of tax owing is nil and may contain a refund

2) Did the Respondent (CRA) make a decision, and if so, when was the decision made?

a. Did the Reassessment Constitute a Final Decision?

b. Was a reconsideration decision pending?

On the second preliminary issue of whether the CRA made a decision, the court agreed with the CRA that the ITA does not provide for a reconsideration mechanism. The Court stated "Assessments are deemed to be final, subject to reassessment (subsection 152(8))". In this case, the assessment was challenged, creating a Tax Court Judgement, and a reassessment was issued vacating the original assessment. There was no formal "reconsideration" of the decision even though the CRA communicated with the taxpayer in response to requests to pay interest on the Principal Amount and allowed the taxpayer to make additional submissions. This offer to consider submissions from the taxpayer did not trigger a reconsideration.

c. Were the reasons communicated, and/or sufficient?

The taxpayer argued that no reasons were communicated, and the Reassessment lacked any reasons. The CRA maintained that the Reassessment was sufficient to constitute a decision with adequate reasons

In some cases, the requirements of procedural fairness will require a written explanation for a decision. The Court has also established that if reasons are provided whether or not the reasons were adequate cannot be the sole reason for reviewing a decision. The Supreme Court of Canada stated at paragraph 16 in Newfoundland Nurses, "if the reasons allow the reviewing court to understand why the tribunal made its decision and permit it to determine whether the conclusion is within the range of acceptable outcomes, the Dunsmuir criteria are met". The Court held the CRA has a very low requirement to provide reasons for income tax assessments because of the narrow discretion exercised by CRA agents, the legislative framework, and the multitude of Notices of Assessments sent to individuals (approximately 29 million each year ). Additionally, the FCA has held that no prescribed form of assessment is necessary and an assessment may be valid even if the reasons relied on by the Minister are incorrect. Even with the heavy deference given in a reasonableness review, a failure to understand the reasons given will be a basis to challenge the assessment. In this case, the Court decided the taxpayer should have understood from the Reassessment that no interest was being paid by the Minister and the taxpayer stated he understood in his Affidavit therefore, the reasons provided in the Reassessment to the taxpayer were both clear and adequate

3) Was the Applicant out of time, and if so, was an extension of time justified?

The taxpayer tried to argue the Reassessment be classified as an "act or proceeding" but the Court disagreed. An "act or proceeding" would not be subject to the time limitation set out in subsection 18.1(2) of the Federal Courts Act. The Court disagreed therefore found the taxpayer was out of time and required an extension of time to address the issue put forth in the judicial review

According to Hennelly to grant an extension of time, there must be:

In this case, the taxpayer made repeated attempts to pursue the interest on the Principal Amount, and the parties continued to discuss the issue of interest after the Reassessment was issued. The Court determined that in this situation the CRA would not be prejudiced by the delay and dismissing this judicial review because of the late application would undermine the interests of justice. The Court granted an extension of time because the taxpayer met the Hennelly test

What is the standard of review?

In this case, the Court determined the taxpayer has a dual burden of demonstrating their interpretation is reasonable and that the CRA's interpretation is unreasonable. The Court relied on Dunsmuir stating that since the CRA is an administrative decision-maker they are given the reasonableness standard in which the Court will intervene only if the decision is unreasonable. For the decision to be unreasonable it would need to be outside the range of possible acceptable outcomes

Whether the Respondent (CRA) erred in failing to pay interest on the Principal Amount?

At the heart of this question is whether the CRA's decision to not include interest was reasonable. The taxpayer argued that a contextual analysis of the relevant legislative provisions would result in the CRA being required to pay interest on the Principal Amount. The CRA argued that in the relevant provisions there is not a connection between charging and refunding of interest. The CRA further argued that the provisions gave no discretion to pay interest on the Principal Amount in this case. However, the Court determined that the Principal Amount paid by the taxpayer was in respect of a taxation year. The Court also noted the burden of proof to identify the taxation years applicable to the CRA's penalty assessment is on the CRA not the taxpayer

Relying on the Assessment, Judgement, and Reassessment and section 152 and 164 the Court came to the conclusion the 2012 Assessment is deemed null and void upon the June 2016 Tax Court Judgement and confirmed by the Reassessment. The CRA unsuccessfully attempted to argue the Reassessment was intended to be a "refund receipt" and was improperly named as a Reassessment. The Court refused this "refund receipt" argument as the CRA could have used a standard form for a "refund receipt", if one did not exist it could have been created without much effort, or the CRA could have written a simple explanation in a letter to the taxpayer. Subsection 152(8) of the ITA has been interpreted to shield CRA from errors and prevent taxpayers from invalidating assessments based on technicalities. However, in this case, the Court saw the CRA as attempting to use their own alleged errors as a sword rather than a shield which would contrary to the reasoning of Riendeau and Greene and result in great uncertainty whether any assessment or reassessment received from the CRA was accurate. Taxpayers should not be able to rely upon minor typographical errors to invalidate an otherwise valid assessment. Conversely, the CRA should not be able to point to a minor error and undermine the validity of the assessment either. The Court came a conclusion the Reassessment issued by the CRA was a valid reassessment and there was no evidence provided or legal authority stating a taxation year could not be associated with the penalty imposed by the CRA on the taxpayer. There was no jurisprudence provided and the Court could not find any directly on the issue of whether penalties for preparers are not issued with respect to a taxation year

The Court decided that the current jurisprudence supports a finding that interest must be paid on the Principal Amount. The Court based this decision on the fact the reassessment still exists, subsection 154(8) continues to apply, as do the other provisions that flow from it. This includes the provision paragraph 164(3)(e) requiring that a refund must be returned with interest at the prescribed rate

What is the appropriate remedy?

The Court decided that interest must be paid on the Principal Amount refunded to the taxpayer in December 2016 in accordance with the Act. The CRA will calculate and pay the interest on the refund. Additionally, costs were awarded to the taxpayer.

In this case the taxpayer was successful, this case is useful as it outlines the requirements for the CRA to pay interest and why taxpayers should seek tax law advice from an experienced Canadian tax lawyer before advancing any case against CRA.

In this case, the taxpayer was at risk of losing interest from $1,000,000 accrued over the course of six years to the CRA because they were applying the law incorrectly. Retaining counsel earlier in the dispute may have alleviated the requirement of going through a costly trial. In this case, if the taxpayer may have avoided the trial if they managed to get the CRA to input taxation years for the Original Assessment. Inputting taxation years for the Original Assessment would have invalidated any argument put forth by the CRA even though their argument was found to be incorrect by the Court. The requirement for a taxation year in the assessment or reassessment for interest to accrue is part of the complex rules of the Canadian taxation law.

David J. Rotfleisch, CPA, JD, is the founding tax lawyer of Rotfleisch & Samulovitch P.C., a Toronto-based boutique tax law firm. With over 30 years of experience as both a lawyer and chartered professional accountant, he has helped start-up businesses, resident and non-resident business owners and corporations with their tax planning, with will and estate planning, voluntary disclosures and tax dispute resolution including tax litigation. Visit www.Taxpage.com and email David at david@taxpage.com. Image based on image by Wilfried Pohnke from Pixabay.

The CRA is sending a clear message that tax evasion does not pay, says David J. Rotfleisch
Profession

Despite the odd bad apple, CRA professionals must be concerned about the Samaroo case, says John Grant of Miller Thomson