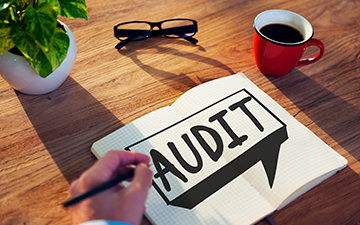 TORONTO – In April 2019, the Federal Court of Appeal delivered its judgment on MNR v Cameco Corporation (2019 FCA 67). The court held that section 231.1 of Canada's Income Tax Act didn't permit the Canada Revenue Agency to compel a taxpayer or its employees to give oral answers during an audit.

On June 3, 2019, the CRA responded by releasing a guidance communiqué to its tax auditors in light of the CRA's own interpretation of the Cameco decision: "Obtaining Information for Audit Purposes," AD-19-02R.

Moreover, to access the requested document or property for review, the CRA tax auditor may:

If the taxpayer refuses to accommodate any of the above, section 231.7 of the Income Tax Act empowers the CRA tax auditor to pursue a court order, which would force the taxpayer to comply or face sanctions.

In 2006, the Canada Revenue Agency audited Cameco Corporation, a Canadian corporation and one of the word's largest uranium producers. The tax audit concluded in 2008 and led to Tax Court litigation involving Cameco's 2003 through 2007 taxation years.

In 2013, the CRA again audited Cameco for the same issue underlying the 2006 audit. But this time, the tax years at issue were the 2010 through 2012 taxation years. During the 2013 audit — while the Tax Court litigation remained active — the Canada Revenue Agency demanded that Cameco arrange interviews between a CRA auditor and 24 Cameco employees. Cameco refused. Cameco did, however, offer to reply to written questions.

The Federal Court of Appeal upheld the lower court's decision, but the appellate court delivered a broader holding. The lower court's decision suggested that a CRA auditor couldn't demand interviews while the taxpayer was pursuing a Tax Court appeal involving similar issues. The Federal Court of Appeal, however, concluded that section 231.1 of the Income Tax Act simply doesn't give CRA tax auditors "a general power to compel oral answers with respect to tax liability [para 34]." In other words, a taxpayer need not acquiesce to an oral interview with CRA tax auditors—regardless of whether the interview may prejudice active Tax Court litigation.

Moreover, although paragraph 231.1(1)(d) requires that one "give all reasonable assistance" and "answer all proper questions" when a CRA tax auditor has attended a business, the appellate court drew a distinction between "an obligation to facilitate the auditor's access to documents, records, books, and information," on the one hand, and "responding to general questions with respect to tax liability or issues arising from the audit," on the other. That is, the requirements in paragraph 231.1(1)(d) don't require a taxpayer to answer general questions about tax liability; they require a taxpayer to answer questions that would aid the auditor in obtaining records and documents.

Indeed, the Federal Court of Appeal clarified that its decision concerned not only a CRA tax auditor's request for an interview but any question from a tax auditor about a taxpayer's tax liability—regardless of whether the auditor required the taxpayer to answer orally or in writing. "Independent verification through an audit is different than compelling answers to questions," wrote the court.

Still, although the Cameco decision supports a taxpayer who refuses to answer an auditor's general questions about tax liability, there are disadvantages to completely ignoring an auditor's reasonable questions. In particular, the CRA has the power to reassess on the basis of various assumptions. If the CRA issues a reassessment in accordance with an assumption, the resulting tax liability is valid and binding unless the taxpayer files a notice of objection to CRA's Appeals Division or appeals to the Tax Court of Canada. Further, the initial onus rests with the taxpayer to destroy the CRA's factual assumptions. In addition, even if the amount owing is in dispute, the CRA may still attempt to collect amounts concerning GST/HST and source deductions (e.g., amounts withheld from employee salary for income tax, CPP, and EI). Finally, the CRA can also demand that a large corporation immediately pay 50% of the assessed corporate income tax. So, by entirely ignoring a tax auditor's questions, you may disadvantage yourself later when you need to rebut the assumptions that the auditor made in response to your silence. And you might attract CRA collections action—garnishment, liens, seizure—that you could have otherwise avoided.

The communiqué concludes with a section entitled "Jurisprudence." This section compiles various quotes — many taken out of context — from judicial decisions describing the CRA's powers under sections 231.1 (basic audit power), 231.2 (power to demand information), and 231.6 (power to demand foreign-based information) of Canada's Income Tax Act.

This collection of quotes apparently serves to give CRA tax auditors some material that they could copy and paste into a letter — namely, an auditor's letter in response to a taxpayer's attempt to refuse an interview on the basis of Cameco. But many of the quotes given are either taken out of context or nothing more than obiter dicta — that is, a court's incidental remarks, which don't establish precedent because they aren't essential to the issue before the court. For example, seemingly in support of the CRA's broad audit power under section 231.1 of the Income Tax Act, communiqué offers the following quote from the Supreme Court of Canada's decision in R v Jarvis, 2002 SCC 73:

The provisions that are central to the instant appeal vest the Minister with extensive powers that may be used 'for any purpose related to the administration or enforcement' of the ITA. Section 231.1(1)(a) [...] Paragraph (a) allows a person authorized by the Minister to "inspect, audit or examine" a wide array of documents, reaching beyond those that the [Income Tax Act] otherwise requires the taxpayer to prepare and maintain [...]

Yet, in Jarvis, the Court wasn't concerned with the substantive powers that section 231.1 bestowed on a tax auditor. Rather, it faced the issue of whether the Canadian Charter protected a taxpayer when a CRA tax audit turned into a criminal investigation for tax evasion. So, if one were concerned with accuracy, one might prefer to quote the Court's holding that "Charter protections are engaged" when the CRA opens a criminal investigation for tax evasion, and therefore "[CRA] investigators must provide the taxpayer with a proper warning" and the tax auditor's "powers of compulsion in ss. 231.1(1) and 231.2(1) are not available."

In summary, the CRA's communiqué seems geared toward encouraging its tax auditors to pursue a compliance order should a taxpayer refuse to answer questions about general tax liability. And it goes so far as to arm auditors with cookie-cutter legal arguments should a taxpayer refuse to answer on the basis of the Federal Court of Appeal's Cameco decision.

The Income Tax Act grants the CRA with expansive tax audit power. And courts respect these powers. So, if you're the subject of a CRA audit, you won't find much legal justification for simply ignoring requests for documents and records. Yet the Cameco decision makes it clear that a tax auditor's powers come with limits. You need not answer the auditor's questions. Still, this choice may undermine your position should you dispute the reassessment. This is because you might subsequently need to rebut an auditor's outlandish assumptions while bearing the onus of proof. You must pick your battles.

The Canada Revenue Agency's communiqué to its tax auditors underscores the importance of consulting with a knowledgeable Canadian tax lawyer when facing questions from a CRA tax auditor. In response to your refusal to answer a question, a tax auditor—finding justification in the communiqué — may be more willing to pursue a compliance order. Or the auditor may simply quote a Supreme Court decision out of context under the guise of a legitimate legal argument.

This article was originally published in full on Mondaq. David J. Rotfleisch, CPA, CA, JD, is the founding Canadian tax lawyer of Rotfleisch & Samulovitch, P.C., a Toronto-based boutique income tax law firm (Taxpage.com). With over 30 years of experience as both a lawyer and chartered professional accountant, he has helped start-up businesses, resident and non-resident business owners and corporations with their tax planning, with will and estate planning, voluntary disclosures and tax dispute resolution including tax litigation. Contact David at david@taxpage.com.

Be careful what you ask for, says John A. Sorensen of Gowling WLG
David J. Rotfleisch