Is Big Tech a threat to Big Four Audit? 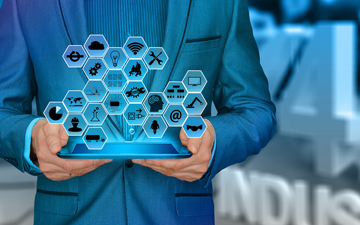 TORONTO, February 15, 2019 – Public companies around the world are eyeing big tech consulting firms like Accenture and IBM as audit alternatives to the Big Four accounting firms. Heresy, you say? But as public accountants incorporate more automation into the audit process, it makes sense that clients would look for value-driven alternatives provided by leading tech firms.

“If you assume that some parts of the audit process will require more technology, and more technology know-how, than others, then, provided an auditor retains control of some part of the process, it would be logical to turn to technology specialists,” says Fiona Czerniawska, director at Source Global Research.

Audit is one of the most vertically integrated professional services left in today’s market, creating a huge opportunity for technology firms to enter the market. A new report from Source Global Research finds that a third of audit clients are breaking down their audit process into separate parts, 44 per cent are thinking about doing so, and 45 per cent say this change will lead to more parts of audit work going to technology firms.

The two front-running technology firms in the eyes of audit clients are IBM (40%) and Accenture (18%). However, just over half (52%) of clients identified Deloitte as the audit firm best positioned to deliver the technology components of an audit, followed by KPMG (22%) and then EY (18%).

“Technology companies that might never have considered entering this market will be paying a lot of attention to the significant changes that our research has revealed are taking place right now in the audit market,” says Czerniawska. “When we consider the potential size of the new market that could be carved out of the existing one, it’s clear that this will be a huge opportunity for new entrants.”

Source surveyed CEOs, CXOs, CFOs, and senior finance executives from a large number of organisations; 49 per cent of these organizations employ more than 5,000 staff, 58 per cent were audited by the Big Four, and 39 per cent had worked with the same auditor for more than five years. Source surveyed 150 senior executives in September 2018, 100 of whom were based the U.S., and the remaining 50 in the U.K.

The sample was split reasonably evenly between people in mid-sized organizations (1,000–4,999 employees) and large ones (5,000+). Overall, 58 per cent of the organisations surveyed were audited by the Big Four.

According to the report, sector/organizational knowledge is more important among U.K. clients than among their U.S. counterparts, whereas a firm’s reputation with the board is relatively more important in the U.S. But the report asserts that these factors may be irrelevant; the way in which an audit firm uses technology will become much more important in the future. Breaking the audit process down will significantly change the rules of engagement for traditional audit firms.

As the firms’ emphasis on automated managed services increases, this may change how clients perceive the role of auditors and their services, which shift towards a commodification that can be challenged in the marketplace by technology service providers.

Two-thirds (64%) of audit clients expect their reliance on outside help to increase over the next decade. Just over a third (36%) of clients said that this was because they’d need to access more specialised skills, but more significantly, almost a quarter (23%) said it was because they’d need greater access to innovative new tools. “We’re looking to our auditors to give us tools that will help us carry out our own analysis,” said one finance director quoted in the report.

The impact of digital transformation on accounting and finance teams
Business