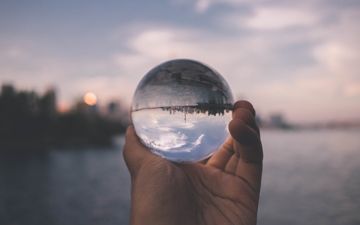 TORONTO, February 1, 2018 – Canada is leading the world in the growth of its digital transformation consulting market and Canadian accounting firms are benefitting from the global digitization trend. According to a new report from Source Global Research, Canada leads all mature markets with triple-digit growth of 282 per cent, though the Canadian market is relatively small at $800 million annually.

“Digital is, in effect, colonising traditional consulting services,” states the report. “Indeed, the digital transformation market may be more than two-thirds larger than it was in 2016, but overall consulting market growth was closer to 8%.”

Compare that to the second-largest digital transformation consulting market, China, with a similar sized market ($1 billion), where the growth rate of 82 per cent is driven by tech giants such as Baidu, Alibaba, and Tencent.

Although collectively the Big Four accounting firms hold the largest share (21%) of the digital transformation market, the profile of technology firms has increased. Not only does Accenture now have the largest share of the overall market but Cognizant has also entered the top 10 for the first time with 2.5 per cent of the market. In entering the top 10, Cognizant surpassed KPMG, which is holding on to 2.1 per cent of the overall market globally.

The report states that, overall, McKinsey, PwC, Cognizant, IBM, and EY are the most likely to leverage the next generation of digital transformation opportunities. The report explains its reasoning through analysis based on positioning and engagement, which is included in the report.

Ignoring the people side of the Digital Age?

The report states that “as clients find changing people to be the most difficult part of digital transformation programmes, they are frustrated by the fact that consultants are not engaging effectively with the people side of transformation.”

Fiona Czerniawska, director at Source Global Research, says “Many clients are saying that their consultants do so much around technology and process change but don’t seem to be able to engage with the human dimension of transformation. The strengths and weaknesses of consulting firms vary greatly in this area — both in terms of how they position their digital transformation stories and how effectively they engage with clients.”

A warning bell to the big firms

As reported by Canadian Accountant, the Big Four accounting firms dominate the Canadian consulting market, which recently entered the top 10 in consulting markets globally. The Source report finds, however, that the top 10 firms’ share of the market has reduced, from almost 60 per cent of the overall market in 2016 to just over half in 2017.

Source calls this a “warning bell to the bigger firms, nearly all of whom have lost share, and who are likely to see their pre-eminence threatened further as the market continues to evolve.” While clients say the quality of digital transformation work done by consulting firms is either “high” or “very high,” the report says clients don’t believe the work is as good as that done in more traditional areas.

Says Zoë Stumpf, head analyst at Source Global Research, “Digital transformation isn’t alone in performing below par as technology services generally do badly, but this should still be a cause for concern, given the extent to which consulting firms are relying on digital transformation to fuel their growth plans.”

Colin Ellis is managing editor of Canadian Accountant. With files from Source Global Research. Photo by Nadine Shaabana on Unsplash