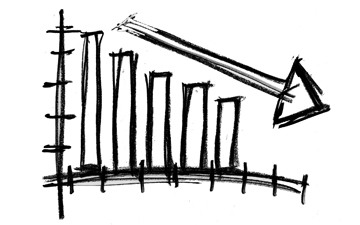 Toronto, Sept. 22, 2020 – Amidst the ongoing COVID-19 pandemic, Canadian accountants in business leadership positions are expressing a historic lack of optimism in the national economy, approaching the record lows of the financial crisis of 2008-09. Yet almost half of CPA business leaders are confident about the prospects of their own business in the next 12 months. The survey results are reported in the CPA Canada Business Monitor (Q3 2020), which has returned after two quarters, its cancellation due to the disruptive effects of the COVID-19 pandemic.

A majority of Canadian business leaders consider the effects of the COVID-19 pandemic to be the number one challenge hindering the country’s economic growth. About half (52 per cent) of respondents cited the pandemic fall-out as the top economic challenge; much greater than the next identified factor, uncertainty surrounding the Canadian economy. Among the least-cited reasons (one per cent of respondents) were the complexity of the tax system, having a federal minority government, the value of the Canadian dollar, and the current balance of trade.

However, the pandemic has created economic winners and losers in the Canadian economy, as the survey has revealed that not all businesses are feeling the pain. While the majority of professional accountants in leadership positions surveyed (58 per cent) reported decreased revenues for their organizations since the start of the pandemic, 20 per cent also reported unchanged revenues while 21 per cent reported increased revenues.

Optimism among the survey participants regarding the Canadian economy sits at 17 per cent. During the financial crisis of 2008-09, optimism reached a historic low of just one per cent, and stayed below 10 per cent for three quarters. Forty-six per cent of survey respondents expressed a pessimistic viewpoint, while 36 per cent are taking a “wait-and-see,” neutral approach.

Despite the current economic uncertainty facing the country because of the pandemic, survey participants are feeling somewhat optimistic about the fortunes for their own organization over the coming 12 months. Almost half (46 per cent) of those surveyed are optimistic about the prospects for their business, which is similar to what was reported in CPA Canada’s last, pre-COVID Business Monitor in Q4 2019. Only 17 per cent report pessimism about their organization’s prospects with a cautious 37 per cent feeling neutral.

The Canada Emergency Wage Subsidy (CEWS) is proving  popular among the organizations of survey participants with 55 per cent applying for it and another five per cent planning to do so. Ten per cent of businesses that applied for CEWS support state their business would not have survived without it and a further 82 per cent claim they likely would have survived but the subsidy helped them avoid taking difficult steps such as layoffs.

Despite the current challenges, over the next year, 47 per cent of respondents are predicting their businesses will see increased revenues, 43 per cent are foreseeing increased profits and 28 per cent anticipate an increase in employee numbers.

By Canadian Accountant with files from CPA Canada.