CRA Audit Activity: The Calm Before The Storm? 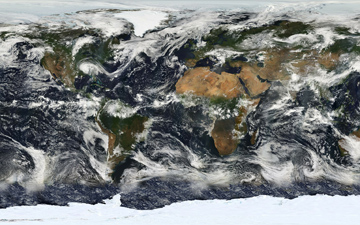 TORONTO – The Canadian economy, much like the world economy, is completely paralyzed.  COVID-19 is the first health emergency that has brought the world economy to a standstill. Very few multinational taxpayers, as well as taxing authorities, are thinking about transfer pricing as intensively as they did just a few weeks ago, with companies and the Canada Revenue Agency ("CRA") working, in large part, remotely.  Multinationals are rightly focused on cost containment and even economic survival, while the CRA gives taxpayers some breathing room. However, this will all change after the COVID-19 issues are behind us.  Companies and governments will grapple with the aftermath of the most significant economic downturn since the great depression.

Two issues will lead to a more aggressive CRA:  (i) President Trump's tax cuts; and (ii) the massive deficits Canada will be saddled with after trying to stabilize the economy because of COVID-19.

Before the COVID-19 crisis, the CRA seemed to be primarily auditing the 2017 taxation year.  Two years ago, President Trump cut the US corporate tax rate from 35 to 21 percent via the Tax Cuts and Jobs Act of 2017.  It is likely that multinational firms operating in Canada may have taken advantage of these lower tax rates by seeking to appropriately shift profits from Canada to related parties in the US.  If this proves correct in a material way, this is likely to raise audit risks and the attention of the CRA in the coming years.

The world's economies have spared no expense attempting to keep their residents in their homes while maintaining a certain level of demand in the economy.  With many people losing their jobs, deficits are expected to increase dramatically over the coming years.  As the COVID-19 health issues and impact on economic activity begin to diminish, the CRA will be more likely to step up audit activity at the directive of the Department of Finance to stem these projected large deficits.  If this happens, as it did in 2008-2009, multinational companies can expect more aggressive audits, not only in Canada, but also around the world.

The CRA recently informed taxpayers that requests for contemporaneous documentation that were made prior to April 1, 2020, having a deadline of March 18, 2020 or later, will be considered cancelled and will be re-issued at a later date, providing the maximum amount of time of three months to submit the documentation.

The CRA stated that more formal communication will [be] released shortly that should give taxpayers with impending deadlines to file their documentation some comfort that they can file at a later date, if requested, without penalty for missing the originally requested deadline. Businesses can instead focus their energies on operations during this difficult time.

As the world economy comes to terms with COVID-19, a false sense of calm related to CRA audit activity may set in. While the CRA has cancelled any letters that were issued requesting contemporaneous documentation, two issues suggest this calm may be short lived.  The Trump tax cuts and the impact of the coming deficits, that will hit the Canadian economy after government stimulus packages are rolled out, will impact the CRA's behaviour. You can count on the Government of Canada increasing vigorous audit activities after this crisis ends, to "pay the piper."

Rules of the Game: Michael Wolfson on income inequality, incorporation and tax avoidance