Should Canada have a wealth tax: lessons learned 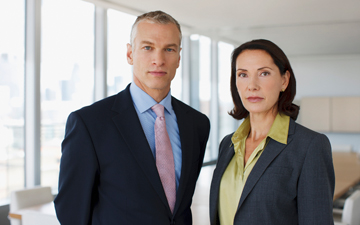 Wealth taxes are not new – and many countries that had them have abandoned them, says Margaret R. O'Sullivan of O'Sullivan Estate Lawyers LLP

TORONTO– In my prior blog of March 3, 2020, "Inheritance Tax, Wealth Tax and More Capital Gains Tax: The Future of Canadian Taxation," I raised the issue of whether new forms of tax might be introduced on the Canadian scene, including an inheritance tax or an annual wealth tax. My blog pre-dated the tsunami that hit only a few weeks later when Covid-19 shut down the economy. Several months have now passed and have made these issues only more relevant and top of mind.

Although governments may be loathe to introduce new forms of tax too soon for concern it will put a chill on a fragile economy, in order to pay for the enormous public debt brought about by Covid-19, more tax and possibly new types of tax appear to be on the horizon.

The idea of an annual wealth tax was raised in the Canadian context in the 2019 Federal election by the NDP which proposed an annual wealth tax of 1% of total assets of $20M or more. Now Saskatchewan NDP leader Ryan Meili has proposed a 1% tax on those with a net worth of more than $15M. As well, in the recent Speech from the Throne, the government spoke of the need to identify new ways to tax extreme wealth inequality.

Wealth taxes are not new — countries that have a wealth tax include France, India, Italy, Norway, Spain and Switzerland, and many that had them have abandoned them.

The idea of a wealth tax is to tax the value of a person's assets less debt. Some of the challenges that come are in the design of the tax, including who should pay and how to value assets. Some countries have lower thresholds and others have very high ones based on total net worth.

Another issue is whether the family unit should be taxed, or the individual. And should the rate be progressive or flat?

Which assets should be taxed? All or only specified ones, such as real estate? France eventually abandoned its initial broad-based scheme as unworkable and now limits its annual wealth tax to real estate-based assets.

The UK has recently struck a Wealth Tax Commission to consider whether the UK should have a wealth tax, and next month the Commission will publish a multitude of evidence and background papers. Final conclusions will be made public on December 9, 2020. It will be interesting to see its conclusions and what impact they may have on Canadian tax policy and tax policy in other countries as well.

Historically, inheritance and wealth taxes have been poor revenue generators and very costly to administer. Their real social purpose may be trying to curb income and wealth inequality or at least give the appearance of trying to do so. Some of the economic negatives include a potential flight of capital and high net worth individuals leaving Canada for more tax-friendly regimes, given the mobility of capital.

An annual wealth tax might be seen as a simple way to redistribute wealth in the face of increasing wealth and income inequality and concentration of wealth, but its efficacy must be thoroughly thought through and not bandied about to cater to populist sentiment so it looks like government is proactive on wealth and income equality.

It is of interest to note that in 1974 the UK Labour Government was elected on a platform which included introducing an annual wealth tax. But later on in looking at its implementation, many practical problems were identified, including its potential negative economic impact on the UK. It was ultimately abandoned as unworkable and undesirable. Lessons learned!

Tackling income and wealth inequality by a wealth tax may not be the way to go in order to best achieve this objective. Our current Finance Minister Chrystia Freeland no doubt is consumed by the issue of growing income and wealth inequality, as evidenced in her in writing, including her survey of the rise of the super rich and the super elites, the emergence of the so-called Second Gilded Age, and increased concentration of wealth in her 2013 book "Plutocrats".

Wealth taxes and their social effects and whether they are "fair" are key considerations. Are they a form of confiscation? An affront to individual freedom in a democratic society? A form of "double taxation"? A harm to individual initiative and a penalty for the successful?

Let the political debate begin as governments in Canada and worldwide struggle to find the best tax path forward to meet the fiscal challenges of Covid-19.

I am also quoted on this same topic in an article published October 28, 2020, "Paying for the Pandemic," in The National, the magazine of the Canadian Bar Association (CBA) distributed to 36,000 lawyers across Canada.