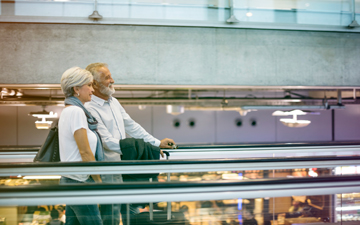 Snowbirds caught in the US due to COVID-19 may face tax issues, says Gabriel Castillo

TORONTO – In a previous blog, we discussed the immigration impacts of recent border closures and travel restrictions due to the COVID-19 pandemic for snowbirds and those on B-1 (business visitors) and B-2 (visitors for pleasure) non-immigrant status. Ensuring compliance with your immigration status is your obligation to the US government, however, there can potentially be an additional obligation: tax filing.

Despite holding a non-immigrant visa status such as B-1/2, an individual can still be considered a resident alien for US tax purposes. Typically, entry to the United States as a visitor gives Canadian citizens up to a 6-month stay, but residency for income tax purposes is always calculated on a calendar year basis, as discussed further below. Resident aliens, regardless of immigration status, are treated in the same manner from an income tax perspective as if they were a US citizen or Legal Permanent Resident (a.k.a., "green card" holder). This means that such an individual will need to file a US income tax return with the IRS and report all income whether earned within or outside the United States. The likelihood of being a resident alien for tax purposes is increasing as people are looking to extend their non-immigration status to stay in the United States for a longer period given these difficult times.

In order to determine if such individual is a resident alien, he or she must consider the "substantial presence test." The substantial presence test is satisfied if a calculated formula results in 183 days or more over a three-year period. In this formula, days of presence in the second preceding year count for one-sixth; days in the preceding year count for one-third; and days in the current year count fully. As an example, let's say you are a Canadian citizen and resident for income tax purposes who travels to the United States every year for 130 days. Over the course of three years, your US presence for tax purposes would be 195 days (the sum of = 130 + (130 x 1/3) + (130 x 1/6 which is obviously greater than 183) resulting in you being a US tax resident alien despite only entering the US on a B-1 or B-2 status. If this test is met, an individual is effectively treated as if he or she is a US citizen or green card holder, forcing such individuals to report on worldwide income. If this example is modified to only spending 120 days every year, the same Canadian citizen would not be treated as a tax resident and would only be subject to US tax on US sourced income, if any (120 + (120 x 1/3) + (120 x 1/6) = 180 which is less than 183 days).

During these uncertain times, it's especially important to note that the number of days present in the US can be excluded for purposes of this calculation. Specifically, an individual will not be considered present on any day that he or she intends to leave the United States but is unable to do so given a medical condition or problem that arose while present there. For example, if an individual is diagnosed with COVID-19 while in the United and needs medical treatment, these days will not be counted for purposes of the substantial presence test. But simply being unable to leave the United States because travel restrictions have been imposed and flights have been cancelled, or because one's spouse has contracted the coronavirus, would not be eligible to exclude from the tax day count.

The good news is that, if after calculating your presence in the United States you find yourself to be a resident alien, you still may be able to "override" the substantial presence test in two different ways:

Residency definitions are different for US federal income tax and US federal estate tax and are also different for federal taxes and state taxes. As extended stays continue, the likelihood of being considered a US resident alien increase. Extended absences from Canada can also have Canadian tax consequences and result in loss of provincial health care, on top of potential US noncompliance that may lead to interest on US taxes owed and other penalties associated with it.

Our message is similar to what many public health authorities are urging during this pandemic: don't panic but do plan.