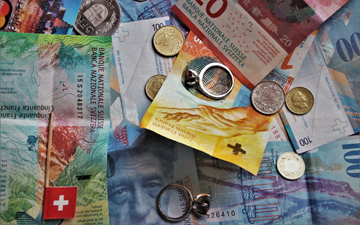 TORONTO, July 3, 2020 – In 2015, when high net value Canadians rushed to disclose assets held in Swiss bank accounts, they may have unwittingly left money on the table in the form of sales commissions owed to current and former investors. These inducements to Swiss asset managers, called retrocessions, were deemed illegal in 2012 when Switzerland’s highest court banned the practice.

But time is running out for restitution, as claims are subject to a ten year statute of limitation beginning with the receipt of the retrocessions by the agent, as ruled by the Swiss Federal Supreme Court. Canadians who invested their money with Swiss wealth managers in 2010, for example, will lose the ability to claim a reimbursement at the end of this year.

“The reimbursement of retrocession fees on a retroactive basis will vary from bank to bank but the impact will be sizeable,” according to “Retrocessions. A thing of the past?”, an article in Performance, a Deloitte newsletter for investment management professionals. At least 7 billion Swiss francs ($7.4 billion) in total was allegedly earned through retrocessions as high as two per cent of assets in some cases.

"Offshore bank accounts, notably but not exclusively in Switzerland, were a common feature of tax evasion until the fairly recent push by the US Department of Justice and by some European tax authorities to hold Swiss banks accountable for aiding and abetting tax fraud,” says Toronto-based tax lawyer David Rotfleisch. “The use of Swiss bank accounts by Canadian taxpayers to evade Canadian tax liabilities is a known and documented phenomenon.”

Claims management companies such as Switzerland’s Liti-Link AG, which markets a no-fee online product called Retroback™, assert overseas investors are owed millions by Swiss banking institutions such as UBS, Credit Suisse, and Julius Baer Group. Other claimants companies point out that clients who did not declare their investments in their home country were “the ideal group for banks and asset managers, because these clients were not especially sensitive to exorbitant fees, nor were they particularly interested in full documentation.”

One source familiar with the claims process estimates there are 5,000 to 10,000 Canadians who may be owed retrocession rebates from Swiss banks. “I spoke to a Toronto tax adviser and he told me that he had personally handled 80 Swiss accounts at a UBS branch — average size 3m CAD. These were all discretionary accounts so highly likely to receive retros.” The source noted that, while his own claim was unsuccessful, family members received claim payouts.

In 2015, many high net worth Canadians took advantage of the Voluntary Disclosure Program of the Canada Revenue Agency to declare their Swiss bank accounts, thereby avoiding financial penalties and the possibility of criminal prosecution. Why the sudden disclosure? Because Swiss bankers, stung by the 2014 US Department of Justice crackdown on offshore tax evasion, began sending letters to Canadian clients requesting confirmation of the disclosure of their bank accounts to the CRA.

“While there may still be some Canadians who have not yet regularized their tax affairs, Swiss Banks have been proactive in requiring all non-Swiss account holders to confirm that they are properly paying domestic taxes,” says Rotfleisch. “So presumably the number of Canadians still offside through Swiss Bank accounts is low. Therefore most if not all Canadian Swiss bank account holders should have no domestic Canadian tax reasons not to pursue Swiss banks for their commission entitlement."

In the UK, the potential for reimbursements has been a point of contention, as fewer UK investors have come forward than European investors to make a claim. While one media outlet portrayed Swiss retrocessions in terms of a bloated claims management industry looking for new opportunities, another alleged that auditors at the Big Four accounting firms have blocked clients from reclaiming commissions in fear of losing audit engagements with Swiss firms. Other media outlets, including The Jerusalem Post, the Financial Times, and the Daily Mail have reported on the claims.

Writing on the 10-year statute of limitation decision, lawyers from the Swiss law firm of Baer & Karrer asserted “… we would expect that clients who were inclined to ask for the disgorgement of retrocessions have already done so. Indeed, the issue was widely publicized then and even if, contrary to the expectation of several pundits at the time, clients did not rush to raise a claim against their bank, it was not because they were unaware of their rights, but, more probably because they did not consider it worthwhile to compromise a business relationship with their financial advisors.”

Canadian accounting firms with clients — whether individuals, trusts or foundations — that had investments in Swiss banking institutions from 2010 to 2013 may wish, however, to investigate further. Liti-Link buys claims from investors and pursues the reimbursement at its own expense. On successful claims the client receives 60 per cent and Liti-Link 40 per cent.

Editor's Note: On June 25, 2020, the Swiss Federal Tribunal (SFT), Switzerland's highest court, published a new retrocessions judgment (4A_355/2019). The decision further clarified that clients who are asked by Swiss financial instituttions to waive their statutory right to obtain retrocessions clearly understand the rights they may be surrendering.

If you are a Canadian accountant whose client(s) has received retrocession reimbursements, tell us your story by emailing editor@canadian-accountant.com. Colin Ellis is a contributing editor to Canadian Accountant. Top image by pasja1000 from Pixabay. Middle image by 🇨🇭 Claudio Schwarz | @purzlbaum on Unsplash.