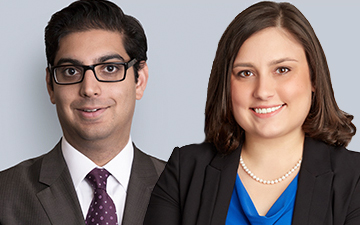 OVER the last decade, Canadian tax and private client practitioners have faced an ever-increasing amount of international and cross-border inquiries. Canada's rapidly changing demographics are partially responsible for this trend. The country's largest city, Toronto, and the region surrounding it, is the most ethnically diverse place in the world. Roughly half of the Toronto area's population is foreign born and belongs to a visible minority group. Similar demographic shifts are also at play in other major Canadian urban centres, including Montreal and Vancouver.

Unlike Canada's neighbour to the south, the country is not a 'melting pot'. Canada adopts a 'mosaic' approach to multiculturalism that, together with a resilient economy and financial sector, as well as an excellent standard of living, makes it an attractive place for educated and talented global professionals. The country's universities and colleges continue to be a destination of choice for foreign students.

All that said, new levels of wealth — many still tied in some way to their foreign jurisdictions of origin — are coming into Canada. This can be challenging from a tax and wealth planning perspective and involve meaningful tax implications and consequences; it may also give rise to opportunities that should simply not be ignored.

Each of these scenarios will be discussed using hypothetical examples derived from the authors' own experiences.

Assume you are an advisor based outside of Canada. You are contacted by existing clients (Mom and Dad) who are looking to relocate to Canada. Many years ago, the clients funded a trust that is governed by Jersey (Channel Islands) law (the Jersey Trust) and that is administered from that jurisdiction by a trust company. As is often the case, the Jersey Trust owns all of the issued and outstanding shares of a British Virgin Islands (BVI) investment company (Investco). The directors of Investco are representatives of the same trust company that administers the Jersey Trust. Investco owns a portfolio of market securities that is managed by professional investment managers who are based outside of Canada. No one other than Mom and Dad has ever made a loan or contribution of property to the Jersey Trust. You know that Canada is a "high tax" jurisdiction. You wonder about the Canadian tax implications of the Jersey Trust.

The NRT Rules were enacted after 14 years of evolving pronouncements and were made to have retroactive effect, applying to taxation years after 2006. The NRT Rules replaced less detailed-and less stringent-rules that, by 2013, had been in place for decades. A detailed discussion of the NRT Rules is well beyond the scope of this article; in any event, only a brief summary of the rules is required to respond to Mom and Dad's circumstances.

A "resident beneficiary" is a beneficiary who is resident in Canada if there is a "connected contributor" to the trust in question. A "connected contributor" is, generally, a person who has contributed property to the trust other than at a "non-resident time" of the person. "Non-resident time" is, in turn, generally defined in subsection 94(1) of the Act as the period that spans 60 months before and 60 months after the time that a contribution is made to a non-resident trust.

Complicated as it might already seem, the foregoing is, once again, just a small summary of the NRT Rules. The provisions in question are extensive and can be complicated in their interpretation and application, as well as their interaction with other provisions of the Act. There are, for example, extensive deeming rules that may cause certain indirect transfers of property to constitute "contributions" subject to the NRT Rules. The definition of the term "contribution" is itself detailed and includes loans.

Like most rules, there are exceptions to the NRT Rules. These exceptions are also extensive but are most often unavailable to settlements such as the Jersey Trust. It follows that if Mom and Dad become Canadian tax residents, the Jersey Trust is most likely to become a deemed resident of Canada for many purposes of the Act under the NRT Rules and accordingly, subject generally to Canadian tax payment and reporting obligations. Moreover, the Jersey Trust would be subject to annual taxation in Canada on an accrual basis in respect of the income earned and gains realised by Investco during a taxation year (Canada observes calendar year taxation).

Assume that Mom and Dad contact you and tell you that they continue to be very happy living where they are, but that their daughter (who is a discretionary beneficiary of the Jersey Trust) will be relocating to Canada for work. Mom and Dad are concerned about this relocation-they do not want their daughter to have to pay tax in any way in relation to the Jersey Trust or Investco, other than in relation to distributions made to her. Mom and Dad live in a tax-friendly jurisdiction outside of Canada and have never been Canadian tax residents. While Mom and Dad do plan to visit their daughter in Canada from time to time, they do not want to relocate to Canada or to become Canadian tax residents.

Needless to say, if the facts and circumstances line up correctly, granny trusts are very tax friendly vehicles for Canadian resident beneficiaries. When a granny trust exists, it is important to:

Once again, these concepts are more complex than the points provided above. It is relevant to briefly discuss the "central place of management" test which, in the context of trust residency, arises from the 2012 decision of the Supreme Court of Canada in Fundy Settlement v. The Queen (2012 SCC 14) (Fundy Settlement).

In Fundy Settlement, the Supreme Court held that the common law "central place of management" test (otherwise applicable to determining the residency of corporations) should also be applied in determining whether otherwise a non-resident trust is, in fact, resident in Canada. It was clear from the facts in Fundy Settlement that Canadian resident beneficiaries exercised a considerable degree of control in the management and administration of the assets of trusts which were otherwise resident in Barbados. Since the Supreme Court's decision in Fundy Settlement, Canadian courts have consistently applied similar principles in determining whether a trust is resident in Canada and, more particularly, in a specific Canadian province (Discovery Trust v. Canada (National Revenue) (2015 NLTD(G) 86); Roy Boettger, Trustee of Nancy Smith Spousal Trust v. ARC (2015 QCCQ 7517); Boettger c. Agence du revenu du Québec, 2017 QCCA 1670). Like Fundy Settlement, these cases focused on the degree and level of control over trusts and trustee decisions exercised by beneficiaries in a particular (Canadian) jurisdiction.

Example 3: Ownership Of Canadian Real Estate By A Foreign Trust

The Canadian real estate investment likely constitutes "taxable Canadian property" (TCP) for the purposes of the Act. In general, TCP is defined to include, inter alia, real or immovable property situated in Canada; property used or held in respect of an active business carried out in Canada (including inventory of the business); and/or the share of the capital stock of a private corporation which at any particular time or during the 60-month period before that time, derived more than 50 per cent of its fair market value from Canadian real or resource property or properties.

It is also important for Mom and Dad to note that the Jersey Trust may become subject to the application of section 116 of the Act if a capital interest in the Jersey Trust derives more than 50 per cent of its value at any time from TCP. In very general terms, section 116 of the Act requires amounts to be potentially withheld and remitted to the CRA, and for clearance certificates to be obtained from the CRA, in respect of dispositions of TCP. If the Jersey Trust derives more than 50 per cent of its value from TCP, a capital distribution from the Jersey Trust to a beneficiary who is not resident in Canada may, in certain circumstances, constitute a disposition of TCP and trigger a requirement to obtain a clearance certificate from the CRA under section 116 of the Act. Although relief may be available under a bilateral tax treaty between Canada and the jurisdiction of residence of the owner of TCP, Canada does not currently have a tax treaty with all jurisdictions-for example, Canada does not have a tax treaty with the BVI (or, for that matter, with Jersey).

The potential application of the 21-year rule alone dissuades many investors in Canadian real property from investing through trusts. Mom and Dad might indeed be best advised to not hold the Canadian real estate investment through the Jersey Trust structure. In any event, they need to be well advised of the potential Canadian tax implications of making the investment.

Conclusion - No Substitute For Proper Advice And Compliance

As with all international tax and estate planning matters, the devil is in the details. There is, in this respect, no substitute for proper Canadian tax and legal advice when dealing with a non-Canadian trust with ties to Canada. Compliance issues are important for Canadian resident contributors to, and beneficiaries of, non-Canadian trusts but also for the foreign trustees of such settlements.

Like many revenue authorities, international tax reporting and avoidance continues to be an area of focus for the CRA. The authors' recent experiences have included cases involving the CRA auditing the Canadian resident beneficiaries of granny trusts and raising questions in relation to the tax filings of deemed resident trusts. Trustees who have sought Canadian tax advice and maintained proper records (from a Canadian tax and legal standpoint) have been particularly helpful to Canadian resident beneficiaries when the latter were pressed for answers by revenue officers.

By considering three practical examples all relating to the same original fact pattern, this article has shown how, when dealing with non-Canadian trusts with a nexus to Canada, a change in facts can have a potentially significant impact on the Canadian tax result. This has varied from circumstances that might be best avoided to potentially attractive planning opportunities presented, in particular, by a granny trust arrangement. As Canada rapidly internationalises, these planning opportunities should not be missed; neither should the all-necessary tax reporting and compliance obligations.

Rahul Sharma is a partner and Jennifer A. N. Corak is an associate in the Toronto office of Miller Thomson LLP. This article was previously published in IFC Review (International Finance Centres Review).

Jared A. Mackey, Brendan Sigalet and Philip B. Ward of Bennett Jones LLP on a fundamental change to the existing interest deductibility regime
Transfer Pricing