Why CFOs should worry about rising U.S. protectionism 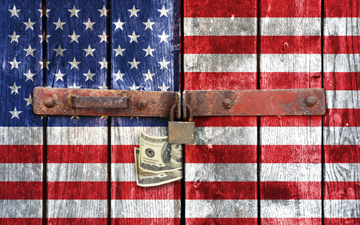 OTTAWA, Oct. 3, 2017 – The recent decision by the U.S. Department of Commerce to wallop Canadian aircraft maker Bombardier with a hefty 219 per cent countervailing duty should worry chief financial officers across North America.

“I would be terrified if I was a CFO or CEO,” says Ian Lee of the Sprott School of Business in Ottawa. “Because the U.S. has declared war on the old assumptions that it’s business as usual when it comes to trade.”

Cyndee Todgham Cherniak, an international trade lawyer and founder of LexSage Professional Corporation in Toronto, agrees. “I don’t mean to be alarmist but I am alarmed,” says Todgham Cherniak, who specializes in countervailing and anti-dumping duties. “You’re seeing an uptick in very significant trade remedy action in the United States. This is a trend and a very scary trend that will continue,” she warns.

At the heart of the Commerce Department decision is the sale by Bombardier of 75 commercial jetliners to Atlanta-based Delta Air Lines in a multibillion-dollar deal. U.S. aerospace giant Boeing complained to the Commerce Department that Bombardier was in violation of global trade law over unfair subsidies received in the form of bailout packages from the governments of Canada and province of Quebec.

“Boeing doesn’t even make this kind of aircraft,” says Todgham Cherniak. “So Delta would not have bought from Boeing anyway. And, to my understanding, Boeing did not even bid on the contract.”

Lee asserts that the Canadian and Quebec governments contributed to the “imbroglio,” and it doesn’t help that Bombardier, mired in multiple governance scandals is “certainly not the poster child of corporate social responsibility.”

But “airlines have been rife with subsidies from the very beginning of the industry. There are only four major civilian aircraft manufacturers in the world that are certified to sell into markets: Airbus, Boeing, Embraer and Bombardier. By ‘sheer coincidence,’ they represent geopolitical regions, and every one of these airlines has been massively subsidized.”

According to Darryl Jenkins, chairman of the American Aviation Institute, "The truth is anybody who's in aerospace receives some type of subsidy, and certainly Boeing is no exception to that."

The cost of doing business

Delta would not have seen this coming, says Todgham Cherniak, because aircraft manufacturers do not bring anti-dumping and countervailing duty cases against each other. “It’s extraordinary. It’s the pot calling the kettle black here.”

The Commerce Department’s actions could result in the cancellation of the order. “It just made the planes that have yet to be produced 220 per cent more expensive for Delta,” says Todgham Cherniak, “which must pay 220 per cent of the value of the planes to the U.S. government.”

While Air Canada and WestJet would not speak about the tariffs, Air Canada accessed U.S. $2.3 billion in three deals in four years, financing seven Boeing 777, and 12 Boeing 787 airplanes. Further, a sole-source deal by the Canadian government to purchase 18 Boeing Super Hornet military jets, in the range of $6.3 billion, now appears in jeopardy.

Further, as Bombardier employs 4,000 people in Ireland, many of whom work on the planes, the British government has hinted at future retaliation. Says Todgham Cherniak, “Boeing has bitten a hand that feeds them. This dispute has been miscalculated on their part and has turned into a more significant dispute.”

Many see the tariffs as a bargaining chip in current negotiations of NAFTA. “An element of the motivation is President Trump is very protectionist,” Todgham Cherniak. “He has signalled that he is protectionist. There’s a new mentality with the United States.”

Lee agrees, calling for a renegotiated NAFTA with a stronger Chapter 19 dispute resolution. “The solution for protectionism is not to pile on more. Nothing is more absurd and counter-productive than to get into a trade war.”

The Commerce Department’s actions may affect integrated supply chains across North America, driving up the cost of goods and services and complicating the plans of CFOs, who must now mitigate the risk of a trade war. Boeing, says Todgham Cherniak,  is “destroying, potentially, a non-competitor, and in the process some U.S. aircraft parts manufacturers. Boeing does not make all the parts that go into their aircraft.