Using losses in a corporate group: An overview of loss consolidation 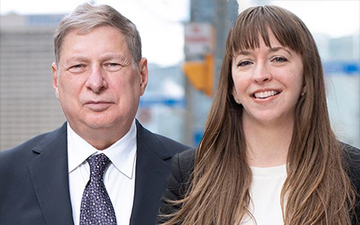 Corporate taxation in Canada is not consolidated at the group level. This means that planning is required to address situations where one corporation in a group has losses and another has profits, since the losses will not automatically offset the profits of the other corporation in the group for tax purposes.

There are a number of planning techniques that can be used for this purpose. One basic structure involves an interest-bearing loan from the loss corporation (“LossCo”) to the profitable corporation (“ProfitCo”). ProfitCo then uses the loaned funds to purchase preferred shares of LossCo. The income from the interest ProfitCo pays to LossCo can be offset by LossCo’s losses. From Profitco’s perspective, the interest paid on the loan and inter-corporate dividends on the preferred shares can generate deductions.

Like other transactions which are intended to have particular tax implications, loss consolidation transactions should represent genuine, legally effective transactions.

Once it is clear that the corporations in question are part of a corporate group, the transaction needs to be structured in a way that will meet the requirements of the provisions necessary to achieve the intended results. As noted, interest deductibility is usually an important part of loss consolidation arrangements. It is therefore important that the requirements in paragraph 20(1)(c) for the deduction of interest are met. One of those requirements is that the borrowed money is “used for the purpose of earning income from a business or property”. In order to meet that requirement, the preferred shares which are usually part of loss consolidations would have a dividend entitlement which serves as a source of income. However, that is not the only consideration to keep in mind in loss consolidations. It is the CRA’s view that the dividend yield should be greater than the interest due on the loan (paragraph 1.73 of Income Tax Folio, S3-F6-C1 -- Interest Deductibility). In that case the income is greater than the amount spent to generate it which is consistent with an income generating purpose. The other requirement, that the amount be paid or payable in the year pursuant to a legal obligation to pay interest, must also be met.

The requirements for the relevant provisions with respect to dividends must be met as well. For instance, in order for the dividends to be deductible, the requirements of subsection 112(1) must be met. Most often, that will mean ensuring that the corporation paying the dividend (usually LossCo) is a taxable Canadian corporation. Corporate groups contemplating a loss consolidation will often want take steps to prevent the application of Part IV tax on the dividends as well. Doing so will remove the need to monitor and ensure refundable tax is indeed refunded. Preventing the application of Part IV will typically mean ensuring that the corporation paying and the corporation receiving the dividend are connected due to either control or meeting the 10% votes and value test.

The considerations mentioned above are common factors that will be relevant in most loss consolidations. Other examples of provisions which may need to be considered include subsection 55(2) and section 69. Depending on the particular transaction undertaken, other provisions of the ITA may be relevant as well and this list is not exhaustive.

As the example from the ruling shows, loss consolidation arrangements may be useful where a corporation or corporations in a corporate group has a loss, and another has profits. There are different structures ranging from the simple to the relatively complex and the optimal structure will depend on the specific circumstances. Interest deductibility and dividends will generally be factors. However, this article is a high-level overview of loss consolidation. It is not an exhaustive list of the issues which should be considered.

Brian Nichols is Counsel at Goldman Sloan Nash & Haber LLP (GSNH) in Toronto and serves as Chair of the firm’s Tax group. Kelsey Horning is an associate and a member of the GSNH Tax Law Group. This article originally appeared in Tax Topics, a newsletter published by Wolters Kluwer Canada Limited, and is reprinted with permission.