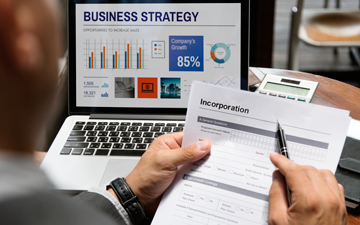 TORONTO – The Tax Court of Canada recently decided a case regarding the Section 245 General Anti-Avoidance Rule ("GAAR") of the Income Tax Act. In Birchcliff Energy Ltd. v. The Queen, the Court used the GAAR to deny the use of non-capital losses in an amalgamation.

The facts are as follows. Birchcliff was interested in acquiring Veracel, partly to take advantage of Veracel's previous tax losses. Initially, Birchcliff's value outweighed Veracel's. Unfortunately for Birchcliff, clause 256(7)(b)(iii)(B) of the Income Tax Act, on amalgamation, deems control of the smaller of two unrelated amalgamating predecessor corporations to be acquired. Under the loss streaming restrictions in subsection 111(5) of the Income Tax Act, this meant that the losses of the smaller predecessor corporation (Veracel) would only be deductible against income of the amalgamated corporation from income generated by business activity the same as or similar to Veracel's prior business. This would effectively deny the amalgamated corporation the full benefit of Veracel's tax losses.

In response to clause 256(7)(b)(iii)(B), the two corporations came up with the following plan. Veracel would raise equity capital through subscription receipts which would be converted into Class B shares as a part of the arrangement before the two corporations were amalgamated. This meant that just before the amalgamation, Veracel's value would greater than that of Birchcliff's, allowing the amalgamated corporation to deduct Veracel's losses against its income.

To apply the section 245 GAAR, the Canadian tax lawyer representing CRA would have the onus of proving not only the tax benefit and the avoidance transaction but also that said avoidance transaction constitutes a misuse or abuse of the Tax Act in which the "object, spirit and purpose" of the relevant provisions were violated. In this case however, the tax court offered no analysis in support of the allegation that clause 256(7)(b)(iii)(B) had been abused in both object, spirit and purpose and effectively ignored the Class B shareholders of Veracel asserting that clause 256(7)(b)(iii)(B) of the Income Tax Act "does not include what might be described as contingent shareholders like the Class B shareholders here".

Yet the text itself does not support this claim. Under paragraph 256(7)(i), an acquisition of control of a predecessor corporation will be deemed to occur only if subparagraph 256(7)(b)(ii) or (iii) applies. Otherwise, paragraph 256(7)(i) explicitly states that the "control of a corporation is deemed not to have been acquired by any person or group of persons solely because of the amalgamation". Since neither provision 256(7)(b)(ii) nor (iii) prohibits the kinds of transactions carried out by Veracel right before an amalgamation, the CRA had the onus of proving that Clause 256(7)(b)(iii)(B) had been abused. This would have required a "textual, contextual and purposive" analysis of the provisions that are alleged to have been abused.

However, no such analysis was ever provided by the court in the case of Birchcliff. The court classified the impugned transaction as an "artificial insertion" in which the Class B shares "had such a short existence that they had to be deemed to be created by the plan of arrangement to be created before the amalgamation". This seems like a grave oversight since subsection 256(7) of the Income Tax Act instructs courts to look at the time "immediately before" the time of amalgamation to determine whether an acquisition of control has occurred.

The case in Birchcliff serves as a reminder that the statutory provisions of the Income Tax Act and the Excise Tax Act only scratch the surface of tax law. There is a vast body of past legal decisions written by courts and tribunals that fills in the gaps that statutes and regulations cannot fill. This includes precedents that clarify whether a certain transaction will be classified as an avoidance transaction, even when the transaction itself is superficially compliant with the text of the relevant provisions.

This abridged article was originally published in full on Mondaq. David J. Rotfleisch, CPA, CA, JD, is the founding Canadian tax lawyer of Rotfleisch & Samulovitch, P.C., a Toronto-based boutique income tax law firm (Taxpage.com). With over 30 years of experience as both a lawyer and chartered professional accountant, he has helped start-up businesses, resident and non-resident business owners and corporations with their tax planning, with will and estate planning, voluntary disclosures and tax dispute resolution including tax litigation. Contact David at david@taxpage.com.

Thoughts on the CRA and Canadian corporate tax gap

Are the numbers to be trusted? asks David J. Rotfleisch
Profession