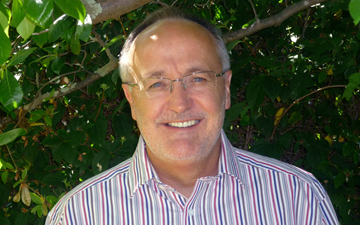 SYDNEY, June 22, 2018 – Australian accountant Brett Stevenson is a hero to many, a villain to some. In 2017, Stevenson led a membership revolt over excessive compensation at CPA Australia, the governing body for 150,000 certified practising accountants in Australia and Asia.

His actions, together with investigative reporting from Australia’s Financial Review, led to the ousting of the organization’s chief executive officer and the resignation of its board.

Following our feature article on the controversy last year, Stevenson contacted Canadian Accountant to praise our coverage of the governance issues at CPA Australia and its potential effect on the accounting profession. Earlier this month, he sent us the following message, asking professional accountants around the world to take a greater and more vigilant role in the governance of their member organizations.

To accounting professionals who are not members of CPA Australia, both in Australia and overseas, [and] especially those in the USA, Canada and UK:

You may be aware of the decade of scandal at CPA Australia which has recently come to a head with the entire board and senior management being replaced. I shan’t go into the sordid tale of the outcome of our recent AGM, which we hoped would end the saga, [but] unfortunately it is more of the same. I thought it might be helpful to provide just a few brief insights that might help you avoid the problems we continue to have.

The CPA designation has been damaged enormously in Australia in the eyes of the general public and the marketplace. It would be foolish to not realise that this has also impacted the image of the accounting profession itself.

Can I encourage you to take an interest in your own professional body? To make sure you never, ever, allow your organisations to be run like CPA Australia where concepts such as good governance, open and transparent communication, responsible remuneration and accountability of leadership are beyond our leadership’s comprehension?

We have seen an abuse of power in all these areas for almost a decade and still it continues. I shall leave you to wonder why that is.

The accounting profession faces enormous challenges. I encourage you to make sure your organisation focuses on addressing them — and not “fiddle while Rome burns,” as with CPA Australia. Have a look at the objectives of your organisation and make sure that your raison d’etre — to serve the profession and the members — is dominant. CPA Australia has been and continues to focus on growth and the bank balance such that our reason for being has been forgotten.

Be aware that professional membership organisations can be a haven for rent seekers who can flourish if the membership remains disengaged. I would surmise your own organisations suffer this problem, so I encourage you to speak up and get engaged. Doing the right thing involves individual responsibility. It’s hard work but it carries its own reward.

Unfortunately, we [CPA Australia] still have a governance system (constitution) which is weak and allows for an almost unchecked power by our leaders, so the battle between the members and the leadership continues at CPA Australia. Make sure you have the ability in your constitution to raise important matters with all the membership, to remove poor directors, and appoint new ones.

Things are so bad at CPA Australia that we still cannot elect our directors, let alone remove them. And the new leadership just refuses to allow us to call members’ meetings or communicate widely on important issues. Don’t allow this at your organisation.

Make sure you have mechanisms in place to hold your leaders accountable when they do the wrong thing. We unfortunately don’t — such that the leaders of the past decade have been able to walk away with a “fistful of dollars,” and no accountability. We are trying hard to raise the money to take legal action but are not optimistic.

So can I encourage you to act now to ensure your leadership do not abuse their power in your organisation?

Our leaders struggle with matching the talk with the walk. The former they love, the latter they find just too darn hard to worry about, especially where the revenue stream is guaranteed and the balance sheet is solid. Doing what is legal/permissible and doing what is right are not always the same thing.

Be alert to this. In normal times you would call the latter integrity, but CPA Australia have so abused the term that it has lost all meaning in our context.

Does it hold any lessons for Canadian accountants?
Profession