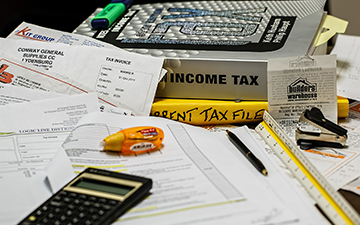 TORONTO, February 22, 2019 – The 2019 tax filing season for Canadians officially began this week with the Canada Revenue Agency holding a media briefing on Tuesday. The CRA has begun the process of processing income tax returns and has mailed paper-format income tax packages to 1.7 million individuals who had filed their returns in paper format last year.

There are a few 2019 tax season issues of note for chartered professional accountants and bookkeepers with T1 clients. The CRA updated its online services by merging its online mail and account alerts “to create an improved notification service for Canadians” and automatically registering subscribers of either service to the new email notifications service. Some Canadian accountants in public practice have criticized the CRA for not allowing them the opportunity to approve the automatic transfer.

The CRA has also expanded its new dedicated telephone service (DTS) for small and medium income tax service providers. Launched in July 2017 for CPAs in Ontario and Quebec, the DTS is now available nationally to both CPA and non-CPA income tax service providers such as bookkeepers and tax preparers. The free service connects T1 preparers with CRA officers from the Income Tax Rulings Directorate; preparers must fill out the DTS registration form on the CRA website.

Also, the CRA’s ReFILE service lets preparers adjust their client's returns using tax software using EFILE filing software. Tax professionals and tax preparers must make sure their clients have received their notice of assessment before sending a change through ReFILE.

Nine of 10 Canadians file their income tax returns electronically but the CRA says it has no plans to eliminate paper income tax returns. “Whether online or on paper, I encourage all Canadians to file their 2018 taxes to claim the credits and benefits to which they are entitled,” said Minister of National Revenue Diane Lebouthillier this week.

A CRA spokesperson added, “it’s really about not leaving anyone behind and making sure everyone has access to interact with us in as easy or straightforward manner as possible.”

March 1, 2019 is the deadline for contributing to a Registered Retirement Savings Plan. Most Canadians' income tax and benefit returns are due on April 30, 2019. Since June 15, 2019 falls on a Saturday, the CRA considers your return to be filed on time if the CRA receives it by or it is postmarked midnight June 17, 2019. However, if you have a balance owing, you must pay it by April 30, 2019.

By Canadian Accountant staff with files from the CRA.

Is the accounting profession doing enough to bring CPAs into public practice?
Practice

Accounting practitioners have long complained that the wheels of the CRA move too slowly. But in the case of NOAs, they're moving too fast