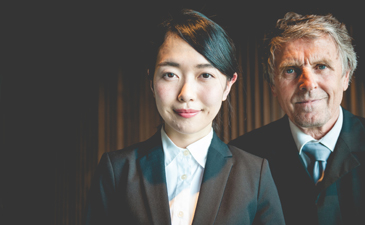 TORONTO, Nov. 20, 2017 – Nowhere is the greying of the Canadian accounting profession more acutely felt than in public practice, where practitioners say they are struggling with exit strategies. In our series on the demographic crisis in small to medium-size firms, we’ve reported that two-thirds of the profession are over the age of 40, and practitioners are wondering just who will fill their shoes.

According to the American Institute of Certified Public Accountants, 70 per cent of CPA firm owners will be 65 years or older in just eight years — 2025. There is no reason to believe that Canadian practitioners are any different. The vast majority of practitioners will therefore face the same four options all at once: wind down their firm, sell externally, merge “upstream,” or groom a successor internally.

But finding a successor from the millennial generation has become a challenge, says Dawn McGeachy, a partner with Colby McGeachy Professional Corporation in Almonte, Ont. The younger generations “are not so eager to work the same kinds of hours and live the same type of non life-work balance that we sometimes have during peak periods,” she notes.

There are a lot of employment practices used today that are required to manage these younger individuals that certainly would never have been acceptable in the past, says McGeachy. For example, “you have to recognize they have a tremendous need to be plugged in to all kinds of social media. They are going to be on their phones. They are going to be dealing with personal matters during their so-called work day.

“And you have to be much more results-oriented. You do that by saying ‘however you get this file done, you need to get it done on budget. But I recognize it may not be within the confines of nine to five.’ They want lots of flexibility. They want to be able to work from home.

“It’s not all about pay for them. They want all these other incentives and recognitions and flexibilities. To them, that’s just as, or more important than what they’re being paid,” says McGeachy.

If grooming millennials into public practice is a challenge, what is the Canadian accounting profession doing to change minds?

“The only things I've seen from CPA and its predecessors are what I would consider generic ads and information, nothing geared to practice,” says Chartered Professional Accountant Jason Kingston, a principal with DSK LLP in Kitchener. “I think that's been largely left to employers, to try and recruit candidates into public practice,” says Kingston.

Kingston adds that he believes the newest ad campaign, which builds on the concept of “navigating change,” is focused on why businesses should hire CPAs, rather than why people should choose to look at going into public practice as a career.

Dawn McGeachy, a partner with Colby McGeachy Professional Corporation in Almonte, Ont., largely concurs. Previous CPA Canada advertisements using the PRO theme “did seem to try to create excitement about entering the profession,” she says. “For example, the careers they were involved in, the fast pace, etc., were intended to appeal to the younger generation. But they seemed focused more broadly on the profession, not on bringing people specifically into public practice.”

McGeachy believes the most recent CPA Canada TV spot, Record Label, will appeal to younger people. However, “here again, I don’t know if the role of the accountant is intended to represent someone on staff or if they are in public practice,” she says.