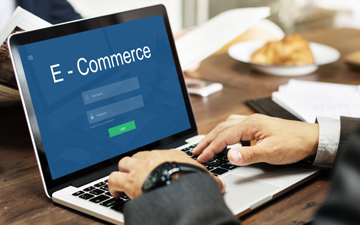 TORONTO, May 10, 2019 – The Canadian government lost $169 million in sales tax on the sale foreign digital products and services sold in Canada in 2017. According to a new report from the Office of the Auditor General of Canada, the Canadian sales tax system is not keeping pace with the rapidly evolving digital marketplace.

The report wags its finger at the Canada Border Services Agency and Canada Revenue Agency for lax enforcement that contributes to inconsistent treatment of businesses under the GST/HST framework and a detrimental effect on the national tax base.

Toronto tax accountant and lawyer David J. Rotfleish predicted the attack in Canadian Accountant in 2018. In his column, “U.S. tax ruling means winter is coming for online retailers,” Rotfleisch wrote that CRA “guidelines are targeted at a more traditional concept of commerce.”

Pointing to the Wayfair decision by the U.S. Supreme Court and the “Netflix tax” in the province of Quebec, Rotfleisch wrote, “Tax realities are about to change significantly for Canadian companies that engage in online retail and distribution to U.S. consumers. The obligation to collect and remit sales taxes is now fair game.”

The retail landscape is changing

Amazon. Netflix. Wayfair. Alibaba. eBay. Though the OAG report does not name names, most Canadians can guess the identities of the biggest foreign vendors — a non-resident vendor not registered for the GST/HST, not carrying on business in Canada, and without a permanent establishment (such as a facility, a branch, or an office) in Canada.

According to the OAG, the volume of low-value shipments imported by courier into Canada offers some insight into the growth of e-commerce. In the 2017–18 fiscal year, there were 46 million low-value shipments sent by courier from abroad and received in Canada compared with 35 million just five years earlier.

Furthermore, Statistics Canada reported that for the 12 months ending in June 2018, the total annual spending by Canadians on music and video downloads and streaming services was $2 billion. It also reported that in 2018, accommodation sharing in Canada generated an estimated $2.8 billion in revenues.

The OAG concluded that the CRA was limited by its legislative authority, could not ensure that the sales tax system was applied in a neutral way, and that the GST/HST tax base was protected with regard to cross-border e-commerce.

According to a press release from the CRA, “Canadians can be assured that the CRA's compliance efforts in e-commerce have reflected, and will continue to reflect, the scale of risk e-commerce poses to tax revenues.” The CRA has agreed to a number of OAG recommendations on the taxation of e-commerce across borders. Within its legislative authority, the CRA will expand its compliance and leverage third-party data to track and report non-compliance.