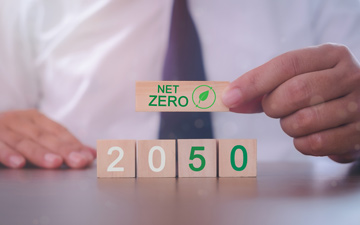 KINGSTON – There has been a lot of discussion in Canada lately about the financial costs of achieving the country’s climate targets. And rightly so. The situation is urgent and we need to act now.

Fighting climate change will require a concerted effort, affecting all sectors of the economy. And while there will be great economic opportunity and lots of new jobs in the green economy, there will be considerable disruptions in the workforce, major economic challenges and significant capital investment required.

However, we in the finance business like to look at both sides of the ledger. And when one considers the damage to the Canadian economy we can expect from fires, floods, melting ice caps and loss of biodiversity due to climate change, the investment in greenhouse gas reductions starts to look very worthwhile indeed.

In a new study we recently published with the Institute for Sustainable Finance, we posit that economic value is sacrificed every day that action is not taken to mitigate the economic and ecological risks posed by climate change. Existing economic models agree that losses are unavoidable without change and investment. But questions remained regarding how much value will be lost and how quickly.

Our study modelled the physical risk to Canada, or how much capital output might be lost, over various warming scenarios between now and the end of the century. We found that under a business-as-usual scenario, with no new international greenhouse gas mitigation measures taken, allowing the climate to warm 5 C by 2100, the cumulative cost to Canada would be $5.5 trillion.

That’s a big number. And it’s a lot higher than the damage we would see under a scenario where global warming is kept to 2 C, which we estimate to be around $2.8 trillion.

Of course, this is just the financial cost and does not take into account the suffering of those who will lose livelihoods, homes and businesses, or even their lives, due to climate-related disasters.

Our study further reveals that the associated costs of physical damage are larger than the investments required to reduce greenhouse gas emissions. In fact, the difference is up to $45.4 billion larger than the required investment. And this doesn’t even consider the potential economic benefits of transitioning to a low-carbon economy.

Yes, it is true that Canada can’t fight climate change on its own, and that it’s a global effort. But the incentive is clear for a rich, developed, industrialized country like Canada to take a global leadership role and meet our own net-zero targets.

There is also a big incentive to act now, as we will face some inflection points in the coming decades that will make the challenge considerably more difficult.

Our study found that the costs of climate change damage are expected to grow gradually until 2050, around which time there is a sharp increase under all scenarios. By 2070 there is an exponential increase in damages. These dates correspond to two of the significant target dates for achieving net zero noted by the Intergovernmental Panel on Climate Change in its reports.

Despite the recent increased attention to addressing climate change, progress has been too slow. It is becoming clear that we are not on pace to limit the global temperature increase to 1.5 C above pre-industrial levels by 2100. Estimates from the IPCC and others suggest that with current progress, and if the world meets its existing commitments, we are more on pace for a 3 C warming scenario. There is a very real risk that warming will be higher still.

This is all bad news for Canada, which is highly susceptible to the impacts of climate change and is warming at twice the rate of the global average. But until now, we haven’t had an effective assessment of the physical risks and the potential capital cost to Canada.

We have much to lose. And it should now be clear that tackling climate change more than pays for itself in terms of avoided physical damage alone.

Sean Cleary is the BMO Professor of Finance and Neal Willcott is a PhD candidate in finance at Queen's University in Kingston, Ontario. Article and author photos provided by The Conversation Canada. Top image: iStock.

What is sustainability accounting? What does ESG mean? We have answers

An increasing numbers of investors depend on ESG information from third parties for their investment decisions but are the rankings meaningless?
Profession

Why isn’t sustainability a part of accounting training?