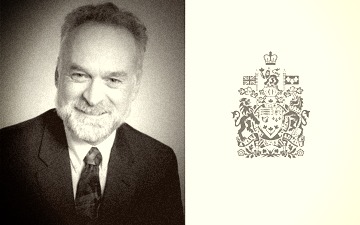 Obituary: Accountant persevered through opposition to earn plaudits as AG

TORONTO, February 4, 2019 – Michael Ferguson, who persevered through initial opposition to his appointment as Canada’s 14th auditor general, died of cancer in Ottawa on Saturday. He was 60.

The Canadian accountant was appointed auditor general in November 2011 by former prime minister Stephen Harper. His appointment was opposed at the time by the Liberal Party led by Bob Rae, who said Ferguson lacked “experience of a national scope,” and was unilingual in a traditionally bilingual position.

Grilled before a parliamentary committee on his commitment to bilingualism, Ferguson “had to put his own head on a parliamentary platter, thanks to the Conservatives,” said the Toronto Star. (Ferguson promised he would learn to speak French and succeeded.)

Ferguson had been appointed New Brunswick’s Auditor-General in 2005 by the Conservative government of Bernard Lord. After serving for six years, he became deputy minister of finance in the Conservative government of David Alward. (New Brunswick’s appointment of a new auditor general in 2010 was criticized at the time by Queen’s University professor Steve Salterio for violating the accounting profession’s code of ethics.)

In Ferguson’s first report as Canada’s auditor general, however, he revealed that the procurement process for 65 F-35 stealth fighters to be used by the RCAF had been plagued by irregularities, and that the Harper government likely knew prior to the 2011 federal election that the $16 billion price tag was closer to $46 billion.

In a statement, Prime Minister Justin Trudeau praised Ferguson for a "lifetime of exemplary service to Canadians." Trudeau said Ferguson's "important work" as auditor general "will have a lasting impact on our country." In his last report as auditor general, Ferguson was scathing about the audit record of the Canada Revenue Agency, saying the CRA “treated taxpayers in similar situations in different ways,” essentially creating a double standard in how it deals with average Canadians.

In a wide-ranging interview with Canadian Accountant in 2018, Ferguson discussed the growing use of the label “activist” as applied to auditors general across Canada, an implied criticism that began with his predecessor, Sheila Fraser. “I don’t see us as activist,” said Ferguson, thoughtfully. “I would say that we very much are promoting the good practices of the government.”

In discussing the Auditor General Act and his role, Ferguson explained, “Our job is to audit the implementation of policy. We wouldn’t say ‘that’s a bad policy.’ I think that’s one thing people don’t always understand about us, is that really our audits are about how the public servants are implementing the policy. It’s always the government and the elected members that have to respond to our audits, because they end up with the ultimate responsibility.”

According to reporters, Ferguson was known for shunning the spotlight. He did not speak to the media following his last and final report. “We have no — and I would not want any — ability to force the government to implement any of our recommendations," he told Canadian Accountant. "We have no political power. All we have is the power of persuasion and of our arguments that [a] program isn’t working the way that it should be working.”

The most powerful accountant in Canada

Ferguson was arguably the most powerful accountant in Canada, with the ability to influence the implementation of programs, and, at least through his scathing critique of CRA compliance, change the way Canadians are taxed. He was born and raised in New Brunswick, the son of Norma Ferguson and Doctor George Gordon, the founder of the New Brunswick Extra Mural Hospital. After graduating from the University of New Brunswick in 1980 with a bachelor of business administration, he earned his chartered accountant designation in 1984, and entered the civil service in 1985.

Ferguson worked with the Canadian Comprehensive Audit Foundation to help build performance auditing capacity in the National Audit Office of Tanzania. He joined Canada’s Public Sector Accounting Board in 2005 and became New Brunswick’s provincial comptroller in 2000, before his appointment as provincial auditor general.

“Mr. Ferguson will be remembered by all those who had the pleasure of knowing him as a humble, compassionate and thoughtful man,” read a statement from his office. “He cared deeply about conducting audits that brought value to the public service, always for the greater good of Canadians.”

He is survived by his spouse, Georgina Ferguson, and sons, Malcolm and Geoffrey.

Accountants admire them. Politicians fear them. The public trusts them. But are Canada's auditors general going too far?
Business

Carol Bellringer. Michael Ferguson. Bonnie Lysyk. What the three most recognized auditors general in Canada think of the activist label