Four themes for the future of Canadian accounting 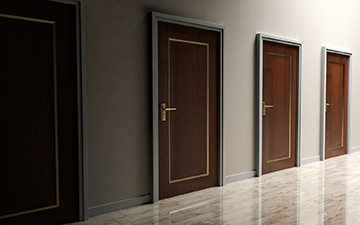 TORONTO, February 15, 2018 – Where is the Canadian accounting profession heading in the future? And how do Canada’s chartered professional accountants picture their roles throughout the rest of the 21st century?

As we reported, more than 1,200 chartered professional accountants are actively engaged in an important discussion about how they can help shape the future of the accounting profession.

CPA Canada’s strategic initiative Foresight: Reimagining the Profession, conducted through a digital online conversation and a series of in-person roundtables, asks members to weigh in on how the Canadian accounting profession should respond to significant issues impacting business and the accounting profession in Canada and around the world.

Reimagining the Profession uses a four-quadrant matrix under the themes Slow and Steady, Phoenix Rising, Tech Titans, and My Way to further elaborate on two critical uncertainties that arose during the roundtable discussions.

The caption under the theme Slow and Steady reads: “A world where strong institutions guide decisions based on careful analysis: conservative, prudent, consensus-driven, standards-based.”

She also cites, as another example, the Paris Agreement, the 2015 climate change accord, noting that even though there is consensus that climate change poses recognized problems, risks and challenges for the global society, and representatives from countries around the world are still discussing the problem, there is a lack of global action.

The CPA respondent discussion around the Slow and Steady theme noted that proper risk management is extremely important in a rapidly changing world that requires greater decision-making in both business and government.

In terms of the major challenges and opportunities facing the accounting profession under this theme, the profession was perceived as having a role to play in balancing corporate and societal goals, as well as acceptable ethical practice.

The motto under Phoenix Rising reads: “A world where calamity inspires global cooperation and technology is harnessed for the common good: equitable, integrated, regulated, redistributive.”

“Phoenix Rising is sort of the utopia where we would like to get,” says Batstone. “That’s your perfect world, where you’re making change, [the] change is positive and in the right direction, and it functions effectively.”

In a geo-political setting, for example, institutions around the globe would be able to agree to certain actions required to combat a particular problem, such as climate change, and sign multi-lateral agreements that are then implemented to work together to effect real change. In the business world, various organizations might agree to adopt a particular technology — say Blockchain, and also agree on a data protection strategy and data governance rules.

The CPA discussion noted that a major opportunity for the profession under this theme is to be able to expand beyond historical responsibilities like financial accountability and compliance to examine broader issues that include value creation and new measures of capital consumption.

The motto under Tech Titans reads: “A world where ‘wild west’ innovation thrives with few regulatory impediments: dynamic, competitive, un-equal.” Under the Tech Titans theme, people and organizations are very willing to adopt change, but this cooperation is limited, such as being confined exclusively to within a particular country, rather than globally.

“In that kind of a world, because the power structures are fractured from a government and a regulatory perspective, the real winners are the ones that are able to act globally aside of those governance regimes. You’re not seeing that ability for nations to undertake that function, and so therefore the corporate world steps in and starts to do that,” says Batstone. “That means international giants like Amazon, Google and Facebook have real power on a global scale,” she elaborates.

A major challenge facing the accounting profession under the theme of Tech Titans, as identified in the CPA discussion, was the need for the profession to take a broader leadership role in addressing the need for human behaviour that is conducive to providing strong internal corporate controls in organizations.

The motto under the My Way matrix reads: “A world where communities turn inward to protect local interests: protectionist, fragmented, community-focused.”

Under this scenario, people are slow to adopt change and they remain very focused on their local community, which could be a jurisdictional district, like a city or town, a particular culture, or even an online community. The philosophy behind the My Way motto reflects current concern that certain existing trade agreements may be ceding ground to growing protectionist thinking.

“The reality of it is that they’re not comfortable acting on a global, or even a national level. They’re slow to change. They don’t want to share their data. They keep everything very private,” says Batstone.  “This slow and steady is probably the worst-case scenario, because you’re not going forward. You’re in a world where you’re very inwardly focused,” she adds.

Major challenges and opportunities for the profession under this theme, say CPA respondents, include the need for accountants to lead in promoting a corporate culture that acts in a way that is right ethically — over and above what is simply legal in a certain jurisdiction that their company may be working in. It was also suggested that accountants need to become more transparent and allow the public to view the profession as being open minded, flexible and adaptive.

Applying the Matrix Themes to the Accounting Profession

For example, a major problem for many organizations and countries today is that there is no regulation around the flow of data, which has proliferated exponentially. As a result, there is a lack of any clear delineation to describe who has rights to that data and whether the data can be trusted, which is critical to the ability to use the data effectively.

But we have little control over the flow of data, whose use has exploded. There is also limited regulation around that data, she elaborates.

“Coming out of the Foresight project, we recognize that this is a huge opportunity for the profession to think about ‘What kind of a role can the profession play in data governance?’ We’re very good at establishing frameworks and setting standards, and developing a due process to put those kinds of processes in place,” says Batstone.

“So is there an opportunity for us here to have more of a role as countries around the world start to develop data governance strategies?” she asks.

After this membership discussion closes, CPA Canada plans to continue these discussions as it starts to work through the next phase of the project. That is going to involve the development of work plans to address some of the changes the profession needs to make to be prepared to respond to any of the plausible scenarios identified under this initiative.

“We want this discussion to continue. We’ve been able to cultivate a really good engaged online community here that we hope to be able to engage further,” stresses Batstone.

CPAs weigh in on the future of Canadian accounting

14 questions for the future of the audit profession