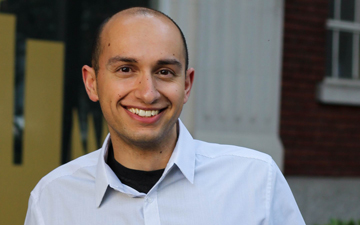 VANCOUVER, Feb. 3, 2021 – We all know 2020 was a year like no other. It was particularly tough for CPA Professional Education Program (PEP) and Common Final Examination (CFE) candidates: the PEP exam format was changed, the exam centres were shut down, and the CFE was held in hotel rooms across the country.

When Canadian Accountant reported that 6,371 future chartered professional accountants passed the CFE, many writers thought that the CFE pass rate dropped. Some predicted it would be as little as 65%.

Surprisingly, the September 2020 CFE pass rates just released by CPA Canada show that not only the CFE writers got the job done, but the Core 1 and Core 2 candidates did better than in the prior year.

If you’re an unsuccessful September 2020 CFE writer, know that despite the exam setting and format changes, a similar number of candidates passed this year as in prior years. This shows that the CFE is still a mental exam and requires the same three key skills for success: exam strategy, technicals, and case writing.

My advice to PEP candidates is to keep practising cases. You have now two cases and no multiple choice questions, so writing cases is critical. CPA Canada’s practice cases are a good resource but I also recommend getting supplementary CPA mock exam cases for extra practice.

Well done, everyone. And good luck on your journey to becoming a chartered professional accountant.

Should I get my CPA designation in Canada or the U.S.?