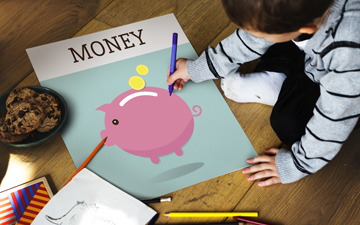 Doug Ford's tax-rebate child care plan does not add up

This article was written prior to the launch of the Ontario Budget. For final details on the child care tax credit, read 2019 Ontario Budget: Protecting What Matters Most.

The tax credit is the government’s contrarian response to a recommendation I made to Kathleen Wynne’s Liberal government. After a year of research, I wrote the study Affordable for All: Making Licensed Child Care Affordable in Ontario that recommended free preschool child care.

I concluded that a child care expenses tax credit would be inequitable and inefficient. The Wynne government decided to provide free child care for all children two-and-a-half to four years old based on my research recommendations, but that plan died when the government was defeated.

The cost of child care is a problem for many families but the anticipated provincial child care tax credit is likely to do little to help. Here’s why.

When campaigning, the Progressive Conservative (PC) Party said it would “create a 75 per cent refundable tax credit for child care costs” for children under age 15 with lower income families receiving the most support at a maximum of $6,750 up to age six.

If a person gets $6,750 at a rebate rate of 75 per cent, this means the expense limit is $9,000 — a figure below the annual cost of good-quality child care for preschool children.

The current child care subsidy system in Ontario calculates that families earning below $35,000 can afford to pay no more than $1,500 in total for child care annually. The tax credit will not be enough to close the affordability gap.

It could spur low-quality care

With the expense limit for child care being far below what quality care costs, parents may face pressures to choose lower-cost care.

Many of these new providers might be unregulated child care providers. Many more could be part of for-profit corporate chains anxious to provide low-cost care with poorly-paid staff.

Québec has a tax credit provision for child care expenses. But economist Pierre Fortin’s analysis of evidence from Québec shows that in the last 10 years, for-profit child care providers have taken advantage of this funding opportunity and multiplied their numbers by more than 12 times: these for-profit providers offer a much lower quality of child care than comparable not-for-profit providers.

The math doesn’t add up

During the provincial election, the PC campaign estimated that this tax credit would cost only $389 million per year — but that is a gross underestimate from multiple points of view.

The C.D. Howe Institute’s estimate of the proposed Ontario rebate program is an annual cost of $945 million. My own exploratory calculations suggest the figure could in fact be over $2 billion per year.

Ford must know by now that the tax credit for child care expenses will be much more costly to government than was claimed in the election. This presents a dilemma. According to the mantra “ promises made, promises kept,” he cannot renege on his campaign promise to improve child care affordability.

What cuts could pay for the flawed math?

Funding the tax credit plan could become an excuse to eviscerate the child care and kindergarten systems Ontario families have come to depend on.

Already, the Ontario government planned to halt the planned increase in minimum wage to $15 per hour that would have boosted salaries of early childhood educators.

Further, over $200 million in annual wage enhancement grants for child care workers may be cancelled: Education Minister Lisa Thompson would not guarantee the grant’s continuation in the upcoming budget. These grants support child care facilities’ ability to recruit trained staff.

Finally, Thompson has mused about replacing the current kindergarten model which now works on a team model of a certified teacher and a registered early childhood educator. The minister has only committed to “ full-day learning.”

Of course, Ontario families will be initially pleased to receive any kind of financial assistance for child care costs.

But, if low-income families are not better able to afford quality child care, and the quality of existing care diminishes and potentially puts children at risk, and if there are also dramatic cuts to existing supports for kindergarten and licensed child care, parents will come to regret acceptance of this apparent gift.

Gordon Cleveland is an associate professor emeritus of economics at the University of Toronto. This article is republished from The Conversation under a Creative Commons licence.

A technical dispute over accounting cost Wynne the election
Business