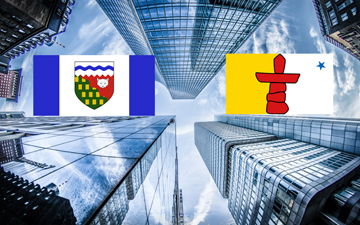 TORONTO, January 25, 2019 – With the proclamation of statutes creating the Chartered Professional Accountants of Northwest Territories and Nunavut (CPA NWT/NU), unification of the Canadian accounting profession is now complete. A process that began roughly a decade ago and included 40 accounting bodies representing three legacy designations concluded with proclamations by both the Government of the Northwest Territories and the Government of Nunavut on January 8, 2019.

According to Executive Director Marlene Sutton, CPA NWT/NU will be focused in the months ahead on “completing the processes and procedures of the new organization and enhancing the way it meets its legislative objects and strategic objectives. The proclamation of these pieces of legislation mark the completion of the national unification process.”

Sutton is the former executive director of the Certified General Accountants Association of NWT/NU. CPA Canada commended Sutton in a press release, saying “It was a challenging and unique process led by a team of volunteers aided by single-staffer, Executive Director, Marlene Sutton.”

The transition steering committee comprised two representatives from each legacy designation plus a lawyer specializing in corporate governance, corporate-commercial law, and aboriginal law in the Northwest Territories and Nunavut. There were two legislatures involved and “precisely matching” legislation was required in all the official languages: English, French, Inuktitut and Inuinnaqtun.

“It is not common now to have legislation that covers both the Northwest Territories and Nunavut. I believe it is only the second time it has been done,” explains Cathy Cudmore, a former chair of the Certified General Accountants legacy body and a member of the Transitional Steering Committee.

“It was definitely the first professional legislation covering two territories and that created some challenges at various stages,” adds Cudmore. “We only have one staff person, who has a lot on her plate, so we relied heavily on volunteers to do work that in all other jurisdictions would have been completed by staff.”

Matthew Bannister, a member of the transitional steering committee former council member of the Institute of Chartered Accountants of the Northwest Territories and Nunavut, was elected the first chair of the unified organization.

“I am pleased with the formation and composition of CPA Northwest Territories and Nunavut and its governance structure,” said Bannister. “My belief is that it meets the objectives of the original merger agreement and we are now positioned to work alongside our colleagues across the country and in Bermuda to continue to move the profession forward and face the challenges together as a fully unified profession.”