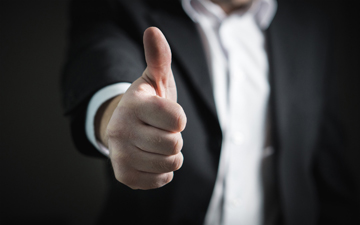 TORONTO, April 30, 2019 – Revenue is rising for sole practitioners and small-sized accounting firms as Canadian accountants are preparing far more personal income tax and corporate tax returns, according to the 2019 Accounting and Bookkeeping Operations and Technology Survey, from Alan Salmon and K2E Canada. The survey provides the most detailed, comprehensive data on the business operations of Canadian accountants and bookkeepers in sole and small-sized practices, and was provided prior to publication to Canadian Accountant.

According to the survey, 36.2 per cent of respondents earned more than $150,000 in revenue for 2018, compared to 31.8 per cent for 2017, an increase of 13.8 per cent. Of these respondents, 16.4 per cent reported revenues of $100,000 to $200,000 in 2018, compared to 14.6 per cent for 2017. That’s a very reasonable revenue figure and increase for most sole practitioners. The real story for Canadian accountants and bookkeepers, however, lies behind those numbers. They reveal that one profession may have benefited at the expense of the other.

What accounts for the steep rise in accounting versus bookkeeping revenue? There may be market factors at work. Small business tax changes introduced by Finance Minister Bill Morneau after a revolt from the small business community were introduced for the 2018 tax year. These included a lowering of the small business tax rate and changes made to discourage “income sprinkling” among other punitive measures. More clients may have opted for accountants over bookkeepers to address the new rules.

Moreover, compliance is back in style at the Canada Revenue Agency. Following reinvestment and political support from the Trudeau government, the CRA has an extra spring in its step. Given the late Auditor General’s report on the CRA’s track record on tax audits, most Canadian accountants expect the compliance trend to continue, unless the government changes hands later this year. More Canadians may have chosen accountants to address their compliance issues.

Again, one sees a significant drop on the bookkeeping side of practice, with just 41.3 per cent of the bookkeeping respondents preparing more than 100 T1 tax returns, compared to 65.2 per cent in 2017. Was it all just market forces?

It is entirely possible that technology investment has created a bifurcation in the professions. The numbers, however, suggest otherwise.

Almost three-quarters of both Canadian accountants and bookkeepers have not changed their tax software in the last five years. Referrals from current clients and professional partnerships are still the most frequent source of new clients for both professions. Similarly, both groups are just as likely to outsource IT support to various vendors, rather than manage it themselves, and they see workflow and efficiency as their primary technology challenge.

Alan Salmon’s 2019 Accounting and Bookkeeping Operations and Technology Survey contains a remarkable amount of data and the answer may be hidden within. At Canadian Accountant, we look forward to further crunching the numbers, and analyzing the trends in future articles on the survey results. As this is just the second consecutive year for the survey, we’ll find out in the years ahead if 2018 was an outlier or the start of a trend in the accounting and bookkeeping professions.

Colin Ellis is the editor of Canadian Accountant at canadian-accountant.com. The 2019 Accounting and Bookkeeping Operations and Technology Survey can be purchased here. Image by TeroVesalainen from Pixabay.

How SME accounting practitioners are spending the summer

In the first of a two-part series, we find that workflow management projects are a major focus of firms in the summer
Bridget Noonan

The 3 ways practitioners can improve disclosure quality in financial statements

Use your templates and checklists properly, says Bridget Noonan of Clearline Consulting