How the Fourth Industrial Revolution will impact accounting 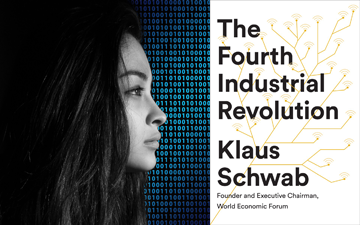 A MAJORITY of business leaders say that, by 2025, tax will be collected for the first time by a government via blockchain. Ten per cent of global gross domestic product will be stored on blockchain. Thirty per cent of corporate audits will be performed by artificial intelligence. And an AI machine will join a corporate board of directors.

Mobile phones will be implanted in bodies. Reading glasses will be connected to the internet. The census will be replaced by big data. Driverless cars. 3D printed human organs. Designer human beings.

According to The Fourth Industrial Revolution

, by Klaus Schwab, these seemingly fantastic innovations are not only possible but imminent. Schwab is the founder and executive chairman of the World Economic Forum. He believes that the human race has entered a fourth age of profound and systemic change, in which there has never been a time of “greater promise or potential peril.”

It is characterized by velocity, breadth and depth, and systems impact. It builds upon the computer and digital revolution that began in the 1960s but is fundamentally different than earlier revolutions in that its breakthroughs are the result of interconnectedness across physical, digital and biological domains. It lacks a consistent and common narrative, admits Schwab, but it has profound ramifications.

The great benefit of Schwab’s primer is that it reads like a report. It is comprehensive, highly detailed and simply structured. It is divided into three sections — an overview, drivers and impact — with an appendix of 23 revolutionary technologies that together compose the fourth industrial revolution.

Accounting and the Fourth Industrial Revolution

For accounting professionals, the analyses of blockchain and AI will be most interesting, promising but most certainly perilous. Schwab’s asserts that “AI is good at matching patterns and automating processes, which makes the technology amenable to many functions in large organizations.” He cites an Oxford Martin School study predicting that up to 47 per cent of US jobs were highly likely to become computerized in the next 10 to years.” (For more on AI and auditing, read "Why A.I. scares auditors.")

This disturbing undercurrent of job loss is prevalent throughout the book and it is one of its shortcomings. As a largely optimistic survey of a paradigm shift in technology and its ramifications, The Fourth Industrial Revolution

describes but does not fully discuss the implications of potential job loss.

If globalization and the widespread loss of blue collar manufacturing jobs led in part to the election of Donald Trump as President of the United States, one can only imagine what a similar disruption to the white collar workforce, including professional accountants, could bring socially and politically.

Schwab does not shy away from inequities. A common theme running throughout the book is inequality  and “an increasing degree of polarization in the world, marked by those who embrace change versus those who resist it.” But his insistence on the benefits of “ongoing cooperation and dialogue” and “systemic innovation” seem inadequate in an age of Brexit and Trump.

“It is clear that our current decision-making systems and dominant models of wealth creation were designed and incrementally evolved throughout the first three industrial revolutions,” writes Schwab. “These systems, however, are no longer equipped to deliver the currents, and more to the point, the future generational needs in the context of the fourth industrial revolution.”

As a survey of impending change in the 21st century, The Fourth Industrial Revolution

is an important relief map of an undiscovered country. The people who must live with the changes to come will chart its promising paths and perilous pitfalls to come.

In part two of "Catching up with Baruch Lev," the author of "The End of Accounting" tells a story about the transformative potential of artificial intelligence to disrupt the audit profession through machine learning
Thought Leaders

Catching up with Professor Baruch Lev