Is the CPA-designated accounting professor endangered? 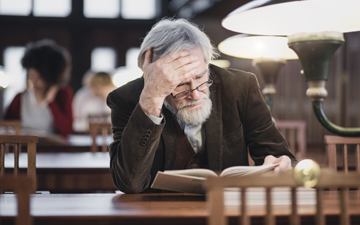 In a two-part series, a new study tells a cautionary tale for Canadian accounting academia

TORONTO – The designated professor of accounting may soon be on the list of endangered species, according to some accounting academics, who are Chartered Professional Accountants. “The nirvana of hiring a professionally qualified accountant with a PhD is slipping into the distance as the technical requirements of each credential increases,” says Professor Alan Richardson, FCPA, FCGA, the Odette Research Chair at the University of Windsor.

Complex market forces and government policies are putting pressure on Canadian post-secondary institutions (PSIs). Now, a new study published in the June 2017 issue of Accounting Forum, laments the loss of a “golden age” of designated professors in the UK, providing a cautionary tale for Canadian accounting academics.

The PhD recruit has a command of theory, core academic knowledge, and knowledge of research methods and creation but they lack an understanding of professional practice. To the researchers, this “seems at odds with the trend for business schools to develop external links and to promote contributions, funding and speakers from the business world.”

The trend has ramifications for the accounting profession.

“In accounting, we see fewer research papers on mainstream accounting areas such as accounting standards, tax and audit and more in areas such as critical accounting,” says Catriona Paisey. Topics relating to investments and stock markets tend to be popular for PhDs, as they lend themselves to quantitative approaches, and there is a danger that professionally focused parts of the accounting field will come to be viewed as of lesser status.

According to Paisey, a significant shift in UK accounting academia began in 1986, when the Thatcher government began a program of allocating funding based on research performance. That program, which still exists under a different name and iteration, was “certainly perceived by heads of [accounting] departments to be a major turning point — not the only one but certainly significant.”

Adds Paisey, “We also interviewed some heads in medicine, law and architecture. Those heads reported the same trend [in similar disciplines], so it seems that the shift from practitioner to researcher is happening across the university.” The funding model has influenced recruitment preferences, placing more value on the potential of candidates to publish rather than teach.

“Many heads would prefer someone who has a practitioner background, who would then start to undertake research,” says Paisey, but they are wary of the risk that accounting practitioners won’t make the leap to publishing.  “In their experience, some do and other's don't, while those that do tend to need some time to develop the research side — time the [funding model] doesn't really allow.”

The alternative approach, says the study, is to develop academics with both professional and PhD qualifications. Many department heads would prefer to hire the “hybrid academic,” a professionally qualified recruit who then develops research capacity, but lack the autonomy and flexibility to achieve this in practice.

The study concludes with a warning: “If the case is not made for such recruits then the professionally qualified accounting academic will disappear and academic-professional links will weaken at precisely the time when business schools are being encouraged to increase their impact and engagement with the wider communities they are intended to serve.”

The situation in Canada

Professor Steven Salterio, FCPA, FCA, of Queen’s University says the U.K. has been a “strange outlier in accounting education from as far back as I can remember, with respect to the interaction between the university and the profession.” Salterio is the Stephen J.R. Smith Chair of Accounting and Auditing at the Smith School of Business. “I suspect that some of what motivated that study is the longing for the ‘good old days.’ There’s a touch of nostalgia about it.”

The situation in Canada is different. Richardson points out that, “Historically, universities in Canada hired professionally trained accounting instructors because they had no choice and in spite of university policies indicating a preference or requirement for PhDs. This has changed as the supply of accounting PhDs increased.”

This question is occurring at many PSIs. Khalid Nainar, CPA, CGA, is the president of the Canadian Academic Accounting Association and a professor of accounting and financial management services at the DeGroote School of Business. “We’ve had these discussions at our school and we created teaching track appointments, whereby their sole mandate is to teach, particularly in fields like accounting, which includes not only a designation but significant work experience.”

Salterio says, however, there’s a interesting subtext to the study. “Should education be done by PhDs, or by designated accountants, or both? In some ways, it depends on what is thought to be the role of university education in the creation of a young professional accountant.” These choices can lead to different emphases in a student’s education.

In that respect, we are living in the kind of golden age that UK academics would envy. “In my doctoral program, we have 11 students,” explains Salterio. “Seven have professional designations. I’ve seen that in most of the major PhD programs in Canada. At least 50 per cent of the students are professionally designated accountants.”

Nainar, Richardson and Salterio all agree that the situation is a complex one, and it may become more challenging in the future. In Ontario, the provincial government is undergoing a consultation period on a new funding model and “differentiation framework” after years of “mission creep” and homogeneity among provincial PSIs.