Are there limits to a professional’s freedom of expression in his or her personal life? 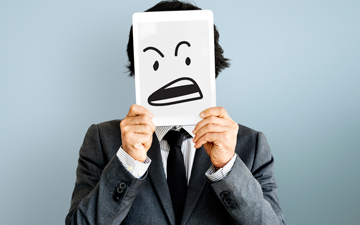 In Comptables professionnels agréés(Ordre des) c. Pilon,1 the respondent was found guilty of ethical violations, notwithstanding his Charter right to freedom of expression, for publishing conspiracy theory videos on social media while he was a member of the Quebec Order of Chartered Professional Accountants ("Quebec CPA Order").

Through this Facebook page, the Respondent posted various conspiracy theory videos in which he stated, among other things, that China created the coronavirus while it already had the vaccine, that the COVID-19 crisis would generate a lot of money for the banks, and that wealthy people would manipulate the banks. He also reported in the video clips that Bill Gates invested in the COVID-19 vaccine and that "pharmaceutical companies that develop vaccines may be tempted to create diseases in order to sell vaccines to various national governments." He also described Mr. Gates, Dr. Fauci (Director of the U.S. NIAID and the top U.S. infectious diseases expert) and Tedros Adhanom (Director-General of the World Health Organization) as bandits.

In his Facebook posts, Mr. Pilon sometimes presented himself as an accountant or CPA, and other times as a freethinker or financial commentator. On a few occasions, he indicated that he would be resigning from the roll of the Quebec CPA Order; in reality, he did not submit his resignation until some time later.

In the video clips, he made comments about the Assistant Syndic of the Order, mentioning in particular "that the problem with syndics is that no one 'checks' them and they have power trips," "that the Assistant Syndic doesn't like him, that this is apparent in the tone of her letter, and that she is out to get him" or "that he does not need an Order to make him sick." Through his Facebook posts, he also made intimidating comments regarding the complainant who had approached the Syndic of the CPA Order.

The videos posted by the Respondent on his Facebook page have been viewed tens, if not hundreds, of thousands of times, and his page has no fewer than 27,000 subscribers.

Under the first count ("Count #1"), she accused him of "failing to act with dignity and avoid any method or attitude that is likely to damage the profession's good reputation by making comments that lacked rigour, moderation, objectivity and professionalism, in publications or broadcasts on various digital platforms, including on his 'Daniel Pilon, CPA, chroniqueur libre-penseur' Facebook page," contrary to section 5 of the Code of Ethics of Chartered Professional Accountants2 (the "Code of Ethics") and section 59.2 of the Professional Code3 (the "Code"). Count #1 consists of 12 paragraphs.

The second count ("Count #2") alleges that the Respondent intimidated or attempted to intimidate the complainant through the videos he posted on Facebook, in violation of section 60.1 of the Code of Ethics and sections 59.2 and 122 of the Code.

Finally, the third count of the complaint ("Count #3") is one of obstruction of the work of the Assistant Syndic of the Order, contrary to section 60 of the Code of Ethics and sections 114 and 122 of the Code.

The Respondent entered a guilty plea to Count #1(a) and Count #3(c) of the complaint but pleaded not guilty to all other paragraphs of the counts of the disciplinary complaint.

Under Count #1, the complainant alleged that the Respondent was confusing the public about his designation as a Chartered Professional Accountant and that he was making unverified claims. For his part, the Respondent argued that it was his right to freedom of expression to express himself as a blogger, a constitutional right guaranteed by the Canadian Charter.7

To determine whether the Respondent's comments on his Facebook page undermined the profession's dignity and reputation, the Council weighed the Order's legislative and regulatory objectives against the Respondent's freedom of expression.8

Based on the decision of the Supreme Court of Canada in Doré v. Barreau du Québec,9 the Council stated that a Chartered Professional Accountant may freely express his opinions but that he must do so in accordance with his professional and ethical standards, that is, with moderation and dignity.

In that decision, the Supreme Court stated the following with respect to the balancing of ethical obligations against freedom of expression:

[65] Proper respect for these expressive rights may involve disciplinary bodies tolerating a degree of discordant criticism. As the Ontario Court of Appeal observed in a different context in Kopyto, the fact that a lawyer is criticizing a judge, a tenured and independent participant in the justice system, may raise, not lower, the threshold for limiting a lawyer's expressive rights under the Charter. This does not by any means argue for an unlimited right on the part of lawyers to breach the legitimate public expectation that they will behave with civility.

[66] We are, in other words, balancing the fundamental importance of open, and even forceful, criticism of our public institutions with the need to ensure civility in the profession. Disciplinary bodies must therefore demonstrate that they have given due regard to the importance of the expressive rights at issue, both in light of an individual lawyer's right to expression and the public's interest in open discussion. As with all disciplinary decisions, this balancing is a fact-dependent and discretionary exercise.

In this case, however, since the URL of the Respondent's Facebook page is danielpiloncmacpa and he often presented himself as a CPA, the Council concluded that there was a connection to the practice of the profession.

In light of the above criteria, the Council found that the Respondent's comments were not based on reasonable grounds, and it therefore found him guilty. It found his comments to be shocking and outrageous, lacking any scientific basis, and based on suppositions and speculation arising from connections that the Respondent attempted to establish. Freedom of expression cannot prevent a disciplinary council from finding a professional guilty of a disciplinary offence once a link to the practice of the profession is demonstrated.

On this count, the Council acquitted the Respondent of intimidating or attempting to intimidate the complainant because there was no evidence that the complainant felt threatened, harassed or intimidated. However, the Council found him guilty under sections 59.2 and 122 of the Code for retaliating against her through comments in his Facebook videos.11

The Council found the Respondent guilty of intimidating the Assistant Syndic by discussing a confidential disciplinary investigation on Facebook and by copying officers of the Order on his response to one of her letters.

Christiane Brizard is a partner in the Langlois Lawyers office of Montréal. Victoria Lemieux-Brown is a lawyer in Langlois Lawyers’ Quebec City office. Top image from Rawpixel.

Tax Lawyer David J. Rotfleisch on the ethical obligations of accountants and lawyers in practice
Career