Are net wealth taxes what Canada needs to manage its growing deficit? 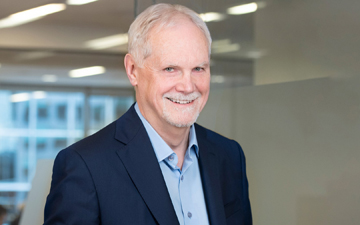 OTTAWA – Net wealth taxes have an interesting history — coming and going over time like the ocean tides. A net wealth tax is based on the market value of owned assets less expenses. As recently as 1990, a dozen European countries had a net wealth tax. Now, only four do. One constant, though, is their enduring popularity with the general public, including with a majority of Canadians in a 2019 poll conducted by Abacus Data. Any tax that someone else pays is bound to be popular. But that doesn’t necessarily make it a good tax.

In a review of net wealth taxes in 2018, the Organisation for Economic Co-operation and Development (OECD) found that most were repealed because they were costly to administer and enforce, highly distortive and frequently did not meet their redistributive goals. That said, the review also concluded that these taxes may have applicability in jurisdictions with limited progressive personal income taxes or no taxing of capital gains.

Interest in wealth taxes has resurfaced in many countries recently, including Canada and the US. In 2019, US Democratic Party nominees Elizabeth Warren and Bernie Sanders each proposed a net wealth tax. Here in Canada, the NDP proposed a one per cent tax on families with net wealth over $20 million. And in its September Throne Speech, the Canadian federal government announced it will seek additional ways to tax extreme wealth inequality.

How effective would a net wealth tax be in meeting either of these two objectives? The Parliamentary Budget Office estimated that the NDP’s proposal could raise $5.6 billion this year, conceding that a large behavioural response by taxpayers seeking to avoid the tax could impact this estimate. Putting this in perspective, the federal government raises about $350 billion in revenue each year, about $170 billion from personal income taxes alone. This additional revenue source would hardly move the needle in terms of deficit and debt reduction or wealth and income equality. More revenue could easily be raised with less economic distortion, by a percentage point increase in the federal GST and, with a corresponding increase in the refundable GST credit, it shouldn’t be regressive.

There’s no question that the distribution of wealth is skewed more unequally than income in many countries. However it’s not quite as severe in Canada due to our highly progressive income tax structure and federal-provincial top marginal tax rates above 50 per cent in seven out of 10 provinces. According to the latest available OECD statistics, the top one per cent of U.S. households held 42.5% of net wealth, compared to only 16.7% in Canada. In the U.S., the bottom 60 per cent of households held only 2.4% of net household wealth, compared to 12.4% in Canada.

As for the second objective, once we safely turn the corner on COVID-19 and secure our economic recovery, the government will need to shift focus and address deficit spending and overall debt levels. A PBO study conducted this September concluded that, under most likely scenarios, federal fiscal policy will remain sustainable in the medium term (meaning debt does not continuously grow faster than GDP), but not by a comfortable margin, or much allowance for risk. This analysis didn’t factor in any costly new spending programs either — like national pharmacare, outlined in the Throne Speech. Canada’s deficit needs to be addressed with a judicious combination of targeted expenditure restraint and tax measures.

A wealth tax isn’t a silver bullet. Instead, the focus should be on conducting a long-overdue comprehensive review and overhaul of the tax system and adopting tax measures that encourage not discourage capital accumulation and investment. This would have a meaningful impact on labour productivity, employment and growth in national output and income. Improving upward labour mobility would not only grow the pie bigger, it would be a better way of addressing income and wealth inequality.