Why is the CRA targeting temporary labour agencies? 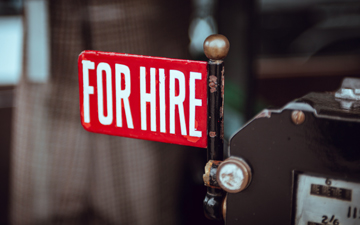 Temporary labour agencies, also known as employment agencies or staffing agencies, are often contracted by employers to provide inexpensive temporary labour. For years, the Canada Revenue Agency (the "CRA") has targeted these agencies and their clients in the form of tax audits and subsequent criminal charges for what it believes to be the perpetration of different types of income tax and GST/HST fraud. Common issues in the temporary labour industry include failure to report bank accounts, hiring workers off the books, and paying client companies cash kickbacks. The CRA believes that many of these agencies engage in schemes to fraudulently claim Input Tax Credits ("ITCs") relating to Goods and Services Tax and Harmonized Sales Tax ("GST/HST") and to improperly deduct expenses.

The CRA's investigations of temporary labour agencies in Ontario have uncovered instances of significant tax fraud, amounting to thousands, and in some cases millions, of dollars in unremitted GST/HST. Recently, the CRA alleged that Fiera Foods, an industrial baker, used temporary employment agencies to make millions in false tax deductions. The case was settled before trial. Two prevalent types of tax fraud identified by the CRA, with respect to temporary labour agencies, are sham transactions and "invoices of accommodation" schemes. Taxpayers found to be engaging in such transactions are engaging in tax evasion, which is a crime under the Criminal Code (the "Code"), the Income Tax Act (the "Tax Act"), and the Excise Tax Act (the "ETA").

This article will provide an overview of the CRA's investigations into temporary labour agencies and their clients, as well as the CRA's tax audit and investigatory powers in these cases.

What types of transactions is the CRA concerned about?

The CRA has uncovered many instances of seemingly legitimate invoices issued by temporary labour agencies that were intended to hide underlying fraud. In those instances, the CRA may allege that the invoices were intended to hide sham transactions or "invoices of accommodation" schemes. Sham transactions are transactions with an element of deceit, specifically with respect to misleading tax authorities. For example, the CRA has found that many temporary labour agencies are providing their own workers to clients, paying themselves, and then claiming that the workers were provided by a subcontractor to improperly claim ITCs and deduct expenses to collect tax refunds. In these cases, the subcontractor often becomes a GST/HST registrant so that they have a valid GST/HST registration number to list on the invoices, even though the subcontractor is actually non-operational. If, however, the subcontractor is an arm's length third-party, the ITCs and expenses would likely be allowed, provided that all other documentary requirements were met.

"Invoices of accommodation" schemes involve collusion between purchasers and suppliers to create false invoices for services that were not actually rendered. For example, a business and a related party create a scheme whereby the related party becomes a GST/HST registrant and issues invoices to the business for the supply of temporary workers. However, in reality, the money paid to the related party is returned back to the business, and no labour is provided under the invoice. The business then uses the false invoices to claim ITCs and deduct expenses. Therefore, taxpayers involved in false invoicing schemes are engaging in tax evasion, which is a prosecutable offence.

How does the CRA determine if a taxpayer has engaged in a sham or an "invoices of accommodation" scheme?

The legal tests for sham transactions and "invoices of accommodation" are similar. In Paletta v The Queen, 2019 TCC 205, the Tax Court of Canada (the "Tax Court") stated that sham requires an element of misrepresentation of the actual transaction, as well as an element of intentional deceit by the parties involved. The Federal Court of Appeal applied the same elements of misrepresentation and intentional deceit when it considered the issue of an "invoices of accommodation" scheme in Kosma-Kare Canada Inc. c. R, 2014 FCA 225.

In the absence of direct evidence, the CRA will look to the circumstances of an impugned transaction to determine whether there was an element of misrepresentation and an element of intentional deceit.

To prove misrepresentation, the CRA generally must prove that the invoice in question is false, either by proving that supplies were not actually provided under the invoice, or that the invoice lists a false supplier. For example, it may assess whether an employment agency actually has the capacity to provide the labour described in its invoices. It may also conduct visits to the agency's place of business or call its listed representatives, to determine if the supplier stated on the invoice actually exists. In Pro-Poseurs Inc. c. R, 2011 TCC 113, the Tax Court held that the description of supplies in the invoice is sufficient if it allows tax authorities to identify what was actually supplied.

To prove deceit by a party to a false invoice, the CRA must obtain evidence that establishes an intent to mislead tax authorities. For example, the mere cashing of cheques at a cheque cashing service may raise suspicion as to the honesty of the supplier. Another example of intentional deceit may be that the temporary labour agency, or one of its subcontractors, exists for a short period of time and ceases operations abruptly when contacted by the CRA. An employer continuing to work with an agency that has low credibility, changes directors often, or charges abnormally low fees may also be used as evidence of an intent to deceive in an "invoices of accommodation" scheme.

As a result of the CRA's crackdown on temporary labour agencies, innocent businesses have been caught in the crossfire. Regardless of whether the business was involved in a fraudulent scheme, the CRA may still choose to disallow ITCs and deductions claimed under false invoices.

The ETA and the Input Tax Credit Information (GST/HST) Regulations (the "ITC Regulations"), GST/HST impose strict documentary requirements on GST/HST registrants to be eligible to claim ITCs. The ITC Regulations require invoices to include specific information, such as the name of the supplier, the supplier's GST/HST registration number, and a description of each supply under the invoice. Invoices that do not contain the prescribed information cannot be used as evidence for claiming ITCs. However, seemingly legitimate invoices may be disallowed by the CRA on the basis that they are false invoices intended to hide tax fraud. When reassessed by the CRA and disallowed ITCs, the burden is on the taxpayer to demolish the Minister of Revenue's assumptions.

First, the registrant must establish that the invoices meet the strict and mandatory requirements under the ETA and ITC Regulations. If the registrant has not adduced the required supporting documents, then the ITCs will be disallowed. The registrant must then establish on a prima facie basis that it was not part of a fraudulent scheme. One example is that the ITC Regulations require the name of the true supplier to be stated on the invoice, but in the case of false invoices, the true supplier of labour is often not stated. The registrant must therefore establish that it was not part of a fraudulent scheme and that it took reasonable measures to ascertain the true identity of the supplier.

A more difficult situation arises where the registrant has obtained all of the necessary supporting documents and verified that the subcontractor was a GST/HST registrant but is still being reassessed by the CRA based on suspicion of tax fraud. For example, if a registrant's subcontractors abruptly declare bankruptcy, or only use cheque-cashing services, or list a residential address as their home address, the CRA may suspect that the registrant is involved in an invoicing scheme. Businesses are expected to take reasonable measures to confirm the legitimacy of their subcontractors. Therefore, prudent business owners need tax guidance and should consider consulting with an experienced Canadian tax lawyer to determine how to satisfy their due diligence requirements.

What are the CRA's powers with respect to prosecuting tax fraud?

The CRA has a wide range of powers, including both tax audit and criminal tax investigative powers. However, the Supreme Court of Canada in R v. Jarvis, 2002 SCC 73, held that tax authorities must set out the distinctions between their audit and criminal investigative powers and protect taxpayers' rights under the Canadian Charter of Rights and Freedoms ("Charter"). This means that the CRA must be clear with taxpayers as to the powers it is exercising, and its purpose for exercising such powers. In a recent Quebec case, B.T. Céramiques Inc., et al. v. Québec Revenue Agency, 2020 QCCA 402, the taxpayer was audited and then faced a series of charges for tax evasion. In that case, the tax authorities used information obtained during the taxpayer's audit to obtain multiple search warrants, which produced documents that were later used to criminally charge the taxpayer. The Quebec Court of Appeal affirmed the trial judge's finding that the evidence obtained through the search warrants was "tainted", because the information was obtained from the client under the guise of an audit, when it was actually a criminal investigation. Therefore, while the powers of the CRA in enforcing tax compliance are broad, it must exercise those powers in accordance with taxpayers' Charter rights.

Taxpayers should be mindful of the importance of immediate and ongoing communications with tax authorities when faced with potential tax compliance issues. Taxpayers' rights under either an audit or criminal investigation differ significantly, and it is prudent to take steps to determine the scope of a CRA request.

Photo by Clem Onojeghuo on Unsplash.

The CRA may have an ongoing project to scrutinize staffing agencies and their clients, says Canadian tax lawyer and accountant David J. Rotfleisch
Profession