When can the CRA advance an alternative argument? 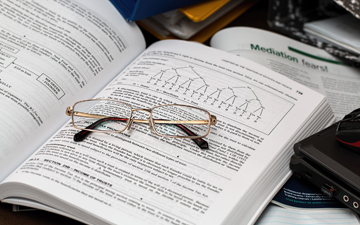 However, for a taxpayer who is a mutual fund or a taxpayer who is a corporation other than a Canadian Controlled Private Corporation (CCPC), the normal reassessment period is four years after either the sent date of the original notice of assessment or the sent date of the original notification that no tax is payable, whichever date is earlier. Paragraphs 152(9)(a) and (b) provide two exceptions to the general rule laid out in 152(9). Subsection 152(9) is not applicable when (a) relevant evidence exists that the taxpayer is no longer able to adduce without leave of the court, or (b) it is not appropriate in the circumstances for the court to order that the evidence be adduced.

Subsection 152(9) overrules Continental Bank and grants the CRA a virtually unlimited period of time to advance a new basis for reassessment except for the two explicit exceptions contained in paragraphs (a) and (b). However, in Canada v Anchor Point Energy Ltd., the Court of Appeal ruled that subsection 152(9) cannot be used to assess the taxpayer for more tax than the CRA had originally assessed the taxpayer during the limitation period. The rule that a taxpayer's appeal cannot result in more tax liability than the initial assessment within the limitation period is a common law rule. However, the question remains whether, if the taxpayer's appeal successfully lowers his or her liability from a given source, the CRA can use subsection 152(9) to increase tax liability on alternative sources without increasing the taxpayer's overall tax liability. In Canada v Last, the Court answered this question: Although the Crown's proposed reassessment from a new source does not increase the overall tax liability of the taxpayer, the Crown is prohibited from conducting such a reassessment by the common law rule.

In response to Canada v Last, Parliament amended subsection 152(9) in the 2016 budget to include the phrase "including that all or any portion of the income to which an amount relates was from a different source ... in support of all or any portion of the total amount determined on assessment to be payable or remittable by a taxpayer under this Act." The 2016 amendment was arguably intended to overrule Canada v Last to make it permissible for the CRA to use subsection 152(9) to increase tax liability from different sources if a taxpayer is successful in lowering his or her liability from one source. Such power could render a taxpayer's otherwise successful appeal practically meaningless. However, it remains to be seen if the Courts accept the 2016 amendment as successfully overruling Canada v Last.

During a tax dispute between the taxpayer and the CRA, it would be prudent for the taxpayer to plan for the possibility that the CRA might invoke its subsection 152(9) powers. This means considering all possible grounds in which the CRA may assess or reassess the taxpayer from all potential sources of the taxpayer's tax liabilities.

However, CRA's subsection 152(9) power is not unlimited. As discussed above, the courts have yet to decide on whether the 2016 amendment to subsection 152(9) has successfully overruled the common law rule against increasing taxpayer's tax liability from different sources without increasing the taxpayer's overall tax liability. Furthermore, depending on the circumstances of the tax dispute, the common law rule of procedural fairness as well as Tax Court of Canada Rules (General Procedure) can also place constraints on CRA's ability to advance alternative grounds for assessment or reassessment. For example, in an appeal to the Tax Court, section 89(1) of Tax Court of Canada Rules prevents either party from adducing new evidence after the conclusion of the discovery of documents without the consent of the other party or the leave of the Court. This rule may prevent the CRA from adducing fresh evidence to support alternative grounds for assessment or reassessment during an appeal to the Tax Court.

Since subsection 152(9) tips the litigation in favour of the Crown, taxpayers will be well served by having experienced Canadian tax lawyers on their side.

David J. Rotfleisch, CPA, JD, is the founding tax lawyer of Rotfleisch & Samulovitch P.C., a Toronto-based boutique tax law firm. With over 30 years of experience as both a lawyer and chartered professional accountant, he has helped start-up businesses, resident and non-resident business owners and corporations with their tax planning, with will and estate planning, voluntary disclosures and tax dispute resolution including tax litigation. Visit www.Taxpage.com and email David at david@taxpage.com. Image by Steve Buissinne from Pixabay.

The Samaroo Case: CRA slapped for malicious prosecution by BC Supreme Court

It's not unusual for immigrants to avoid banks, even stashing $100 bills. The onus was on the CRA to prove its case. It failed.
David J. Rotfleisch

A world of difference between CRA civil and criminal tax audits

The Income Tax Act is clear on Canada Revenue Agency civil and criminal audits. But what happens when the goal of a CRA civil audit is to lay criminal charges?
Taxation

A look at the leading case and subsequent case law