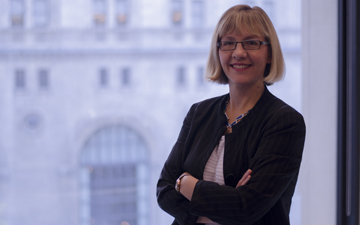 TORONTO, March 29, 2018 – Canada’s audit firms have sound audit methodologies but there is room for improvement in audit quality. The Canadian Public Accountability Board (CPAB), which oversees the work of audit firms,  has released its annual public inspections report and, despite a decrease in significant inspection findings in 2017, says there is continued inconsistency in certain aspects of audit quality.

“We believe these improvements can be realized through more robust and effective quality management processes, and embedding quality along the full audit cycle, not just assessing it at the end through internal and external inspections," says Jane Williamson, CPAB’s vice-president of inspections.

CPAB inspected 14 public accounting firms and 128 engagement files in 2017. Results over a three-year period show a marked decline in significant findings from 43 in 2015 to 15 in 2017. (Significant findings are audit deficiencies that could result in a restatement.)

The Big Four public accounting firms, which audit the vast majority of Canadian reporting issuers by market capitalization, had significantly fewer inspection findings in 2017. However, CPAB found exceptions of inconsistencies and reiterated “the need to fully embed audit approach improvements into every practice and every engagement still requires more attention.”

CPAB reported an increase in deficiencies related to basic audit procedures on significant but non-complex account balances and transaction streams. The regulator stated it is “unclear, if other than inadequate supervision and review, why the firms continue to face challenges in executing basic procedures, and why deficiencies in these areas are not being identified.”

In a recent interview with Brian Hunt, scheduled to be published by Canadian Accountant in April 2018, the now-retired chief executive officer of CPAB called for better “consistency of execution” in the audit cycle. “In 2018, 2019, we will be chatting with senior partners about processes they need to put in place, or controls that were didn’t work but were supposed to work, to drive consistency of execution.

“That, to me, has got to be our mantra. It’s about how the firms execute.” Hunt said he was looking forward to CPA reports in the coming years and the push towards consistency across the full audit cycle.

Incoming chief executive officer Carol Paradine reinforced this view. "In 2018 we will evolve our inspections strategy to incorporate additional reviews of firm quality management systems, beginning with the larger firms," said Paradine. "We expect to apply the new model to the 10 other annually inspected firms in 2019 or beyond."

Among the issues flagged by the CPAB report are the challenges of accessing audit information related to overseas companies. CPAB’s inspection activity of companies with foreign operations is often limited to engagement files accessible only in Canada because it currently has no legal means to compel access to work completed by component auditors.

It has proposed a regulatory way forward to the relevant Canadian securities authorities for CPAB to access information and related audit working papers in foreign jurisdictions.