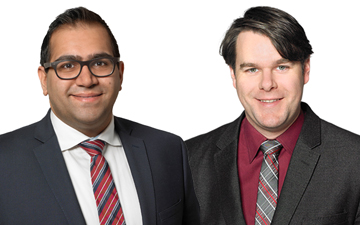 Aasim Hirji and Christopher Ellett of Moodys Tax Law are concerned about Bill C-17, the Time Limits and Other Periods Act (COVID-19)

Calgary – Subsection 152(1) of the Income Tax Act (the "Act") imposes that the Canada Revenue Agency ("CRA") "with all due dispatch", examine and assess an income tax return of a taxpayer. This usually results in the CRA issuing a quick Notice of Assessment and relying on the "normal reassessment period" to further examine a tax return.

Subsection 152(3.1) of the Act provides that the "normal reassessment period" for a taxpayer is:

After COVID-19 protection measures were implemented by the CRA, which temporarily ceased audit activity, we questioned what CRA would do where a taxpayer's normal reassessment period was about to expire. Those questions included the following:

Our concern was that the federal government would legislate alternative ways to extend the normal reassessment period. That is precisely what the government has now proposed: enter Bill C-17 which proposes the Time Limits and Other Periods Act (COVID-19) (the "Time Limit Act").

Draft legislation for the Time Limit Act intends to suspend certain time limits for court proceedings and other time limits set forth in many different Acts of Parliament. The former will include stopping the clock on the 90-day time limit for filing a Notice of Appeal to the Tax Court of Canada between March 13, 2020 and September 13, 2020. The latter allows the Minister responsible for each of those Acts to make an order "suspending or extending a time limit that is established by or under any provision of the Act". Listed as a provision capable of being suspended is, inter alia, subsections 152(3.1) and 152(4) of the Act, which are the provisions that establish the "normal reassessment period" and the extension to the normal reassessment period. The Time Limit Act also applies to similar time limits for GST assessments in the federal Excise Tax Act. The suspension or extension of time limits by a Minister can have retroactive effect and applies to those time limits that have expired since March 13, 2020 or will expire before December 31, 2020.

Essentially, the government is allowing an automatic six-month extension to reassessment periods that were or are set to expire. The provisions in the Time Limit Act greatly favour the government. For example, no extension of time is contemplated for the taxpayer's 90-day time limit to object to a Notice of Assessment, or the statute-barred deadline of one year after the expiration of that 90-day period.

Administratively, the CRA extended the time limit for objections with a deadline between March 18, 2020 and June 30, 2020, to June 30, 2020. If the government has decided that it is unable to meet the regular legislated time limits due to COVID-19 until September, at a minimum the same courtesy should be afforded to taxpayers.

On June 1, 2020, the Joint Committee of Taxation of the Canadian Bar Association and the Chartered Professional Accountants of Canada (the "Joint Committee") made a submission to the Department of Finance Canada that stated, based on discussions with CRA, it is generally understood that the "Minister would likely exercise the authorities provided under [the Time Limit Act] in a manner that would not displace acquired rights by reopening administrative proceedings which had achieved finality before the announcement of the [Time Limit Act], nor in a manner that could be duplicative or inordinately disruptive of certainty in proceedings and the rule of law, or not justified by the need to avoid unfair or undesirable effects of the COVID-19 crisis."

The Committee made further inferences from these discussions, some of which may have influenced changes to Bill C-17 from the initial proposed legislation.

We are concerned that the extensions provided to government in Bill C-17 are longer than necessary, in light of the resumption of CRA's audit activity. The draft legislation is also overly broad requiring administrative discretion by the CRA to not re-open proceedings and in applying to all taxpayers regardless of whether COVID-19 actually delayed audit activity. The legislation also favours the government by not granting similar extensions to taxpayers.