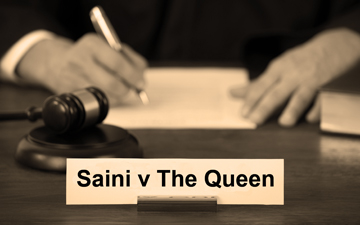 Two months have passed since the last court decision was published

TORONTO – It’s hard to believe that last judgment published by the Tax Court of Canada is now more than two months old. As reported by Canadian Accountant, the Tax Court ceased sittings on March 16, 2020, due to the COVID-19 pandemic, and is not expected to resume sittings until July 2020 at the earliest. “The locks are on the door — in 12 locations,” said Chief Justice Eugene Rossiter in a webinar presented by the Canadian Tax Foundation, who also presented a 17-point plan for a summer reopening.

Tax Court judgments sometimes bring to mind a quote from the late Al Capone: "They can't collect legal taxes from illegal money” (and we all know how that worked out). The decisions make for some fascinating reading and we have published many on Canadian Accountant, from complex cross-border tax avoidance schemes in the millions of dollars to the more mundane, but still important, finer points of legislation. Occasionally the judgments even make headlines, as was the case in Samaroo decision, successfully appealed by the Canada Revenue Agency.

Which brings us to the case of Saini v. The Queen, a decision by Justice Randall S. Bocock published on March 13, 2020, just three days before the closure of the Tax Court. (For Tax Court watchers, Bocock was appointed in 2011, practised corporate law at a Hamilton law firm, and was the first Canadian nominated to the U.S National Conference of Bar Presidents.) According to court documents, Mr. Gurpal Saini was working as a mortgage broker and consultant when he acquired, through a numbered corporation, a gas station located in Brighton, Ontario.

As Toronto tax lawyer David Rotfleisch explains, in his review of Saini v The Queen: “One of the most fundamental rules of the Income Tax Act is that taxpayers who operate a business are required to keep books and records with sufficient detail that [CRA] tax auditors can audit and confirm the amounts reported.” The CRA is in an “enviable position,” says Rotfleisch, when taxpayers do not, as the CRA is legally permitted to assess the taxpayer’s income through a number of methodologies.

In this case, the CRA used the “punitive and [almost] impossible to rebut” net-worth method, as the taxpayer’s books and records were essentially non-existent. Mr. Saini, who represented himself, appealed a CRA assessment for the years 2009-2011, during which he claimed to have made roughly $32,000 through his work as a consultant. The Minister asserted Mr. Saini received roughly $275,000 over the same period in the form of shareholder benefits through the corporation.

His explanations as to his role as to the business arrangement of the gas station were “foggy at best.” He conceded that he did not “really keep records much.” Neither his personal accountant nor the Corporations’ accountant testified. Mr. Saini continued to work as a consultant and mortgage broker while continuing to run the gas station. He hired an employee, as the gas station was some distance away from his residence. And he reported little or no income until the gas station, which barely “broke even,” was closed in 2011.

Sometimes it’s the small details in the Tax Court decisions that are delicious. Mr. Saini also “recorded no income from [mortgage company] commissions during the appeal years since he asserts he earned none during that period.” As Bennett Jones LLP summarized in their case review: “ The taxpayer was the sole shareholder in the gas station and his vague, uninformed, and consistent failure to keep any reliable records was [a] hallmark reflecting standard of gross negligence.”

But the burden of proof is on the appellant to support his or her claims because of the nature of the self-assessment system and the CRA's right to make assumptions when reassessing a taxpayer. According to Justice Bocock, “While [Mr. Sinai] used accountants, there was no suggestion of their failure to review documents or information he provided. They simply did not receive much from him. Generally, he simply estimated his income.”

We look forward to the resumption of the Tax Court of Canada and the publication of future decisions. The Tax Court will prioritize sittings, beginning with trials that have already commenced.

Tax Court of Canada to prioritize sittings for summer reopening