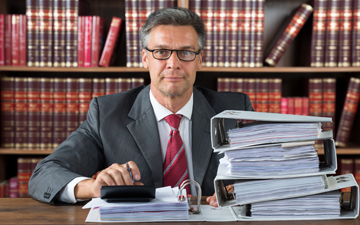 The OECD's Base Erosion and Profit Shifting Project, Action 12: Final Report ("BEPS Project"), released in 2015, has sparked many OECD member countries to begin developing tax compliance policies to supervise and respond to rapidly developing aggressive tax planning strategies. In recognizing Canada's role to further the goals of the BEPS Project, the Minister of Finance proposed as part of the 2021 Federal Budget a number of amendments to the Income Tax Act of Canada to expand the supervisory capabilities of the Canada Revenue Agency ("CRA") with respect to tax planning strategies. The Minister has proposed three major changes to the Income Tax Act:

While the Minister's proposed amendments do not introduce any new taxes on Canadian taxpayers engaging in tax planning strategies, these rules would expand the legal requirements for taxpayers to submit information returns to CRA describing those transactions where engaged in. Following a period of public consultation, a revised list of amendments was released by the Minister to take effect for transactions occurring after the 2022 calendar year. These rules are extremely complex and novel.

The proposed amendments to section 273.3 would modify existing reportable transaction rules in several important ways. First, the definition of avoidance transaction would no longer follow the definition under section 245 and would instead look to whether it could reasonably considered that one of the main purposes of the transaction or series was to obtain a tax benefit. Second, only one hallmark condition would need to be satisfied to find a transaction or series to be reportable. Together, these amendments would significantly lower the threshold for having engaged in a reportable transaction for tax planning purposes and triggering reporting requirements.

The August release of the Ministry's proposed bill provided an additional exclusion for contractual protections related to disclosure of confidential information included in a transaction from attracting reporting requirements. Protecting trade secrets unrelated to tax matters would now not give rise to reporting requirements under the amended structure.

The proposed reporting obligations under section 237.4 extend to any person who accrues a tax benefit, or expects to, from the transaction or series, any related advisor or promotor, and any person not dealing at arm's length with an advisor or promoter working for a fee concerning the notifiable transaction. In response to public consultation, the scope of exemptions of these reporting obligations were expanded under the recently released August draft to protect persons offering clerical or secretarial services with respect to planning. Further, banks, insurance corporations, and credit unions (subject to a standard of gross negligence) would be exempted from reporting obligations. Finally, employees of an employer or partners or a partnership would be exempted from filing an information return if that respective employer or partnership were to file the information return.

The third major proposed amendment to the Income Tax Act is the introduction of section 237.5, which targets major corporations engaging in transactions with uncertain tax treatments. The new proposed subsection 237.5(1) would define a "reporting corporation" as a corporation with assets equal to or in excess of $50 million in carrying value calculated according to Generally Accepted Accounting Principles ("GAAP") at year end, and which has to file a Canadian tax return under section 150. This definition would capture both Canadian resident corporations and non-resident corporations with a taxable presence in Canada, like where a foreign corporation might be operating in Canada through a permanent establishment.

If all of these conditions are met, subsection 237.5(2) would impose an obligation on the corporation to file an information return on the transaction on or before the filing-due date of the corporation. Only in limited cases of due diligence would a corporation be able to defend a failure to report on a required transaction.

Pro Tax Tip: The Penalties for Non-Compliance are Severe. Plan Ahead.

If passed, these new mandatory reporting obligations would apply to tax years beginning after 2022. Even though they are not yet law, however, as a government bill there is a much higher likelihood that these amendments will be passed. The potential consequences for non-compliance should give pause to any individual or business that might be captured by the rules. All three new provisions impose serious penalties for any late filing or failure to file an information report. For section 237.3 reportable transactions and 237.4 notifiable transactions, individuals who file late are subject to a maximum penalty of the greater of $25,000 and 25% of the tax benefit obtained from the transaction, while corporations with asset ownership over $50 million may be subject to a penalty of the greater of $100,000 or 25% of the tax benefit. Under section 237.5 for corporate transactions with an uncertain tax treatment, corporations may be subject to a maximum penalty of $100,000 for every uncertain transaction unreported or late-reported

As these are information returns, they do not themselves create a tax obligation for the taxpayer. As well, both subsection 237.4(15) and 237.5(7) concerning notifiable transactions and uncertain tax treatments specify that reporting on a transaction in an information return cannot be taken as an admission of guilt where a transaction is otherwise re-assessed by CRA. A taxpayer captured by these rules should ensure that they file as required to avoid excessive and avoidable penalties.

The period of reassessment for a transaction remains live under the proposed amendments as long as a taxpayer has failed to file an information return as required. It has been signalled clearly by the Minister that the purpose of this proposed legislation is to promote efficiencies in auditing taxpayers, and the penalties for non-compliance are extremely strict. Therefore, the failure to report as required can have serious consequences both in terms of re-assessment of your tax obligations, and series penalties for non-compliance.

It almost goes without saying that filing any of these information returns will result in a tax audit of the reported transaction.

What changes has the Minister of Finance proposed to mandatory reporting obligations under the Income Tax Act?

As part of the 2021 Federal Budget, the Minister of Finance proposed three major changes to mandatory disclosure requirements under the Canadian Income Tax Act: 1) A lower threshold for triggering "reportable transaction" rules; 2) The creation of a new category of "notifiable transactions" as jointly categorized by the Minister of Finance and Minister of National Revenue; and, 3) Mandatory reporting requirements for large corporations engaged in transactions with an "uncertain tax treatment". Each transaction caught by the proposed rules would have to be disclosed in an information return to the Canada Revenue Agency, with penalties and potential re-assessment applying to late filers or non-filers.

Why has the Minister of Finance proposed new mandatory disclosure rules for the Canadian Income Tax Act?

Canada, as a member country of the Organization for Economic Co-operation and Development ("OECD"), is seeking to align domestic tax policy with the findings of the OECD/G20 Base Erosion and Profit Shifting ("BEPS") Project. The new mandatory disclosure rules proposed by the Minister of Finance in the 2021 Federal Budget represent the Federal Government's aim of implementing the recommendation of BEPS Action 12, concerning mandatory disclosure rules to curtail aggressive tax planning strategies.

When do the new mandatory disclosure rules take effect?

What are the penalties for failing to file an information return under the Minister of Finance's proposed mandatory disclosure rules?

For individuals engaged in reportable and notifiable transactions under section 273.3 and 273.4, you can face a maximum penalty of the greater of $25,000 or 25% of any total tax benefit obtained. An individual corporation with $50 million or more in assets can face a more significant fine of the greater of $100,000 and 25% of the total tax benefit. For section 237.5 corporate transactions with an "uncertain tax treatment", there is a maximum fine of $100,000 for every uncertain transaction unreported or late-reported. Under the proposed amendments, until the taxpayer complies with the reporting rules, the Canada Revenue Agency would maintain the power to re-assess a taxpayer and assess these penalties for any taxation year where a required information return was not filed.

With over 30 years of experience as both a lawyer and chartered professional accountant, he has helped start-up businesses, cryptocurrency traders, resident and non-resident business owners and corporations with their tax planning, with will and estate planning, voluntary disclosures and tax dispute resolution including tax audit representation and tax litigation. Visit www.Taxpage.com and email David at david@taxpage.com. Read the original article on Mondaq. Photo David Rotfleisch courtesy Rotfleisch & Samulovitch P.C.

Any transfer of a family business must be structured correctly to avoid re-assessment by the CRA, says Canadian tax lawyer and accountant David Rotfleisch