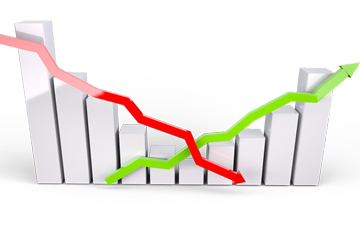 TORONTO, Jan. 28, 2020 – Canadian business leaders continue to feel uncertain about the prospects of economic growth in Canada and are more confident in the growth outlook of their own organizations than in the national economy. Uncertainty is a theme, according to the latest Business Monitor, published by the Chartered Professional Accountants of Canada (CPA Canada).

The quarterly report is unique in that it draws upon the business insights of professional accountants in leadership positions in privately and publicly held companies. “It’s clear that Canadian business leaders are concerned about the economic challenges that Canada faces at home and abroad,” says Joy Thomas, president and CEO, CPA Canada.

“In particular, the fourth quarter of 2019 was a tumultuous time, dominated by the escalating trade war between the US and China, elections in both Canada and Britain,  as well as continued economic difficulties faced by the Prairie provinces. Even with election outcomes decided in Canada and Britain and signs of easing of international trade tensions, uncertainty remains.”

While there was a one-point uptick in economic pessimism reported in the last quarter, 71 per cent of respondents reported feeling either neutral or optismistic about the national economy. The results, while undeniably tepid about economic prospects, show somewhat less pessimism on a year-over-year basis.

The survey was conducted from December 6 to December 20, 2019, just weeks after Canadians elected a Liberal minority government. The respondents were CPAs typicaly holding the titles CFO or controller, with the largest group of respondents (21%) coming from the manufacturing sector. A recent announcement from PwC Canada reveals that uncertainty plagues Canadian CEOs as well.

“Canadian CEOs are feeling more uncertain about global economic growth and are especially concerned about the availability of key skills,” says the PwC report. “They’re also less interested in international markets and other activities to drive revenue growth.” According to the recently released Global CEO Insights report from PwC, more than half of CEOs globally believe the rate of global GDP growth will decline.

However, the latest Global Economic Conditions Survey released from ACCA (the Association of Chartered Certified Accountants) and IMA® (Institute of Management Accountants) found that global economic confidence bounced back in Q4 2019 to around its level in mid-2019, with a particularly strong improvement in North America.

Asked for their views on the top challenges to the country’s economic growth, uncertainty surrounding the Canadian economy is the top concern, cited by 19 per cent of respondents. Other issues mentioned include protectionist trade sentiments in U.S. (13 per cent), a lack of skilled workers and the state of the U.S. economy (both 10 per cent).

One noteworthy aspect of the findings is that the topic of tax reform has fallen off the radar of respondents. Just four per cent of CPAs cited “complexity of the tax system” and only one per cent of respondents cited “tax reform legislation in the United States” top challenges to Canadian economic growth.

CPAs are confident in their own business prospects

As is often the case with the CPA Canada Business Monitor, respondents continue to be more confident in the outlook for their own organization as opposed to the national economy. Half of those surveyed are optimistic about the prospects for their business over the next 12 months, up slightly from the previous quarter. Only 21 per cent report pessimism about their organization’s prospects in 2020 and 28 per cent report feeling neutral.

When assessing the next year, 64 per cent are predicting their businesses will see increased revenues, 60 per cent are foreseeing increased profits and 39 per cent anticipate an increase in employee numbers.

As for the 2020 priorities of their respective organizations, increasing sales in Canada was most often cited as a first priority, referenced by 23 per cent of the respondents. Other actions cited as a top priority included improving productivity (16 per cent); attracting/retaining employees, (10 per cent); and reducing costs (9 per cent).

According to this survey, business leaders agree that, heading into the next decade, data governance is a key concern for Canadian organizations. When asked how important the analysis and use of data is to organizations, 56 per cent indicated it was a high (49 per cent) or even the top priority (six per cent), with a further 30 per cent stating it was a moderate priority. Only 12 per cent suggested it was a low priority with a further two per cent saying it wasn’t a priority at all.

Despite 86 per cent of the Business Monitor respondents indicating the use of data is a moderate to a number one priority, organizational roles do not necessarily reflect that viewpoint. Eleven per cent of respondents said data governance was overseen by one person, with 42 per cent indicating it was a shared responsibility and 44 per cent noting that no one was responsible for it. Three per cent indicated they didn’t know or were not sure who was in charge of data governance at their organization.

By Canadian Accountant staff with files from CPA Canada. Visit the CPA Canada Business Monitor page for access to recent reports. Image by Mediamodifier from Pixabay.