Pension priorities in insolvency: Will Bill C-228 finally make them a reality? 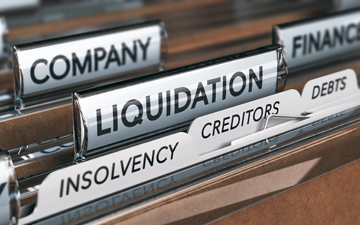 INSOLVENCY and lending communities have long held a jaundiced view of proposals to give pension entitlements a special priority in the event a company becomes insolvent. And not without good reason, as there are legitimate concerns with such an endeavour — not least of which the inchoate nature of many such proposals.

Although no sitting government has sought in recent years to enact such legislation as part of its formal legislative agenda, there has been a long succession of private members' bills over the past two decades that have attempted to give pension entitlements a priority in insolvency1. But private members' bills do not often become law and efforts to date have consistently failed, often due to lack of interest or support from the sitting government. As a result, those same communities have tired of the false alarms raised in respect of these repeated legislative efforts year after year. Perhaps for this reason, Bill C-2282 — being the most recent private member's bill seeking a priority for pension entitlements — has been paid relatively little attention from the insolvency and lending communities. Even so, Bill C-228 has quietly gained traction and could soon be passed.

What you need to know

The sponsor of Bill C-228 has cited the sharply reduced pension payments that have come to light during insolvency proceedings for former corporate titans such as Sears Canada and Nortel Networks as the inspiration for this legislation. Such legislation has long been championed by private members from several parties. However, prior efforts have failed due to lack of support, particularly by the party then in power. If a majority government wanted this legislation, it would typically introduce it itself rather than leave it to a private member's bill. Private members' bills that fail to become law by the time an election is called are lost, and the process of introducing such legislation must begin anew. Accordingly, a succession of such bills has come and gone in the past two decades.

What sets Bill C-228 apart from prior efforts is twofold. First, it has gained the support of three parties: the Conservatives, NDP and Bloc. Second, those three opposition parties have sufficient votes to potentially pass this legislation, even without the participation of the minority Liberal government. Some Liberal MPs have also signalled their support for the Bill.

As currently formulated, the Bill is intended to achieve three things:

It has been suggested that the coming into force of the reporting on the solvency of funds would not happen immediately, along with the mechanism to top up pension funds to restore them to solvency, but that there would be three to five years before the priority in insolvency proceedings provisions would come into effect (i.e., to give companies and their stakeholders, including lenders, time to plan and adjust).

A primary consideration in proposed statutory pension "super priorities" to date has been the impact this may have on lending, particularly secured lending. If secured lenders cannot occupy a first position, then at a minimum they prefer to have certainty as to the quantum of the obligations that have priority ahead of them. This is essential for lenders in considering whether to make loans available, the quantum of such loans, any reserves to be taken and the terms of the loans — including the appropriate interest rate to charge that is reflective of the risk to the lender.

This is the crux of the pension challenge: the amount of payment required to be paid to liquidate an unfunded liability or a solvency deficiency or such other amounts as are necessary to liquidate any other unfunded liability or solvency deficiency as determined at the time that an insolvency proceeding is commenced (i.e., the amounts that will have priority ahead of secured lenders) is unknowable with any certainty at the time that a prior lending decision must be made. The concern this raises is that this uncertainty will make credit for borrowers more difficult — or impossible — to obtain, or that such credit will become more expensive to obtain due to increased risk to lenders. In such cases, this may be of obvious detriment to companies with defined benefit pension plans and their stakeholders, including employees and pensioners. Efforts to improve the position of pensioners upon insolvency may in fact make insolvency of their former employer more likely due to lessened and/or more expensive access to capital.

A further concern is whether the legislation, its implementation and the resulting consequences of such significant amendments have been carefully considered and accounted for in the legislation. Gaps in the Bill are apparent. For example, the priority given to pensions in CCAA proceedings is limited to situations in which there are plans of compromise and arrangement. However, the legislation fails to consider the common situation in which there is a sale of a business completed under CCAA proceedings without a plan of compromise and arrangement. And it is not clear that the consequences of these changes are fully appreciated. For example, there are significant timing concerns given that the amounts necessary to fully top up a pension plan in liquidation may take months or years to determine. There could be significant delays in making distributions to creditors and/or enormous reserves taken that significantly reduce distributions to creditors on account of having to wait out priority pension plan top-ups in insolvency.

Although the insolvency community has been slow to react to Bill C-228, we may see a hurried response to the proposed legislation given its traction. And it will be of particular interest to observe what, if any, changes are made to the Bill as it passes through the Standing Committee on Finance.

1. Since the Liberal government was elected in 2015, both the Bloc and NDP have attempted to pass similar legislation — without success — and now, with Bill C-228, the Conservatives are attempting to succeed where others have failed.

2. Bill C-228, An Act to amend the Bankruptcy and Insolvency Act, the Companies' Creditors Arrangement Act and the Pension Benefits Standards Act, 1985. The Bill has the short title: "Pension Protection Act". Bill C-228 is sponsored by a member of the Conservative Party but has found support among members from other Parties.

David Bish is a partner and the Head of the Corporate Restructuring and Advisory Practice at Torys LLP in Toronto.

The Calm Before The Insolvency Storm?

Bankruptcy is not a licence to ignore rules