Me Too defeats You Too in Tax Court 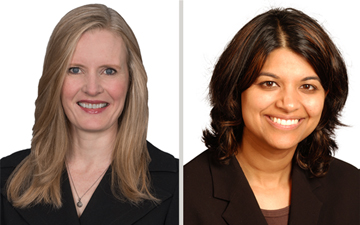 The Penate decision by the Tax Court of Canada is welcome awareness of racial and gender discrimination, says Claire M.C. Kennedy and Anu Nijhawan of Bennett Jones LLP

The Me Too movement of the last few years and recent worldwide protests sparked by George Floyd's killing have focused welcome attention on combatting gender and racial discrimination and harassment. A recent Tax Court of Canada case, Penate v. R.  [Penate], highlights that discrimination can be a relevant factor in assessing whether the Canada Revenue Agency (CRA) can hold a director liable for corporate tax delinquencies. In this unusual case, the Tax Court accepted that a female business owner could avoid vicarious ("you too") liability for her company's taxes because of ("me too") sexual harassment by customers that ultimately hurt the company's cash flow. However, the case also reinforces the high standard that corporate directors must meet to rely on the "due diligence" defence. The case is therefore also important as we face the most severe economic downturn in generations caused by COVID-19.

Corporate directors are generally not liable for the corporation's income tax liability. However, there are important exceptions, where directors can be personally or "vicariously" liable for a corporation's tax obligations, notably for payroll source deductions such as employee income tax, CPP and EI withholdings, non-resident withholding taxes such as on dividends or royalties and under Regulation 105 of the Income Tax Act, and GST/HST on taxable supplies (aka sales and services) to customers.

While in the case of payroll source deductions and withholding taxes, the corporation generally controls the source funds and can deduct the required amounts before paying the net amount to the recipient employee or non-resident, in the case of GST/HST, the remittance obligation is generally triggered by invoicing the customer — i.e., even before the invoice is paid. Where payment is delayed by a customer, the corporation may not have collected the necessary funds by the time the GST/HST is due to the government; however, it must still make timely remittance of the net amount owing (in very general terms, GST/HST rules allow a netting of "input tax credits" for purchases of taxable supplies against GST/HST charged to customers). It was this feature of the GST/HST remittance deadline that gave rise to the collections action by the CRA against Karla Penate for remittances owed by her company, Delphina Enterprises Ltd. (Delphina). Ms. Penate relied on the due diligence defence.

The vicarious liability of directors is not absolute. Various defences are available, which may include challenging the underlying liability of the corporation for the amount (if there is no amount owing by the corporation, its directors cannot be vicariously liable) or proving that the individual was not a director at the relevant times. Penate considered the "due diligence" defence, which assesses the director's care, diligence and skill in the matter against the standard of a reasonably prudent person in comparable circumstances. If the director's conduct meets or exceeds this standard, she or he will not be liable, but if the director's actions fall short, she or he will be personally liable for the amount owed by the corporation.

Before Penate, there was extensive case law considering a director's due diligence defence for corporate tax remittances. To succeed, a director must be able to establish that she or he acted appropriately before the taxes were due and to thereby prevent a failure by the corporation to remit the required tax amounts. Remedying a failure after the fact is not sufficient to qualify a director for the defence, even if the amount in question is ultimately paid by the corporation in full. It is also insufficient for a director to show that the corporation had other legitimate business expenses at the time such as employees' salaries or critical supplier invoices that it prioritized over remittances to the government. Directors of corporations in financial distress should therefore be especially vigilant about verifying that remittances have been made on time, ensuring that there are appropriate controls in place and adequate staffing and oversight. Simply relying on a verbal assurance without back up is insufficient. In Penate, the director took diligent steps but the CRA nonetheless assessed her personally, despite extenuating circumstances of discriminatory actions by customers.

Karla Penate founded Delphina in 2008. To say she operated in a male-dominated industry was an understatement. She was the only female roofing company owner in Canada in 2010-12, covering the periods in which the CRA sought to hold her personally liable as a director for Delphina's GST/HST delinquencies. Ms. Penate was very involved in the company's operations, including roofing, training employees and dealing with customers. As a small company, Delphina chose to work as a roofing subcontractor to general contractors, which in turn contracted with homeowners. Delphina therefore invoiced the general contractors and had to collect payment from them rather than the ultimate customer. The evidence before the Tax Court showed that Ms. Penate was an attentive business owner and operator. She hired a general manager and a bookkeeper for Delphina's business and also an outside accounting firm to ensure Delphina's tax returns were properly done. Unfortunately, her business was plagued by sexist general contractors who demanded sexual favours and refused to pay Delphina's invoices if she didn't comply. Ms. Penate went so far as to hire her brother to attend at work sites but he was subjected to racist taunts. Delphina pursued alternate business opportunities, including doing its own contracting in order to avoid the delayed payments coming from work as a subcontractor but this business model required significant investment in advertising and the business was already in financial distress owing to cash flow constraints from unpaid invoices accompanied by outlays for roofing materials.

Significantly, the Tax Court accepted that Delphina and its staff were in constant communication with the CRA about the steps they were taking to deal with the harassment and discrimination issues. Although Delphina fell behind in GST/HST remittances and a collections officer was assigned by the CRA, Delphina made payments to the CRA a priority and did not divert revenue to other business activities. Delphina made an agreement with the CRA collections officer assigned to the case to defer collection actions by the government pending payment on a large contract but the CRA changed the collections officer on the file and the new officer refused to honour the agreement and seized Delphina's corporate accounts in 2015, effectively causing Delphina to shut its doors. The Tax Court decision does not comment on whether or how the CRA evaluated the extenuating circumstances in the case but one is left with the impression that the CRA was heavy handed and ultimately forced a small business into liquidation despite its diligent compliance efforts.

It is clear that directors cannot rely on the due diligence defence where they simply allow the corporation to continue to carry on the business knowing that a corporation's failure to remit is likely or hoping that the corporation's fortunes will revive so that tax arrears can be paid. In Penate, however, the Tax Court relied on case law to the effect that, in exceptional circumstances, a director may establish the defence of due diligence even where the business is carried on knowing a failure to remit may be likely. The Tax Court judge stated:

It is my view that this appeal contains "certain exceptional circumstances and facts" which allow me to conclude that Ms. Penate may avail herself of the due diligence defence. ... The problems that this Company was encountering revolved around sexual harassment and racial discrimination. Both Ms. Penate and her office manager, Ms. Sibrian, attempted to deal with and circumvent these issues head on. This was an entirely male-dominated industry across Canada until Ms. Penate commenced her business. There is no evidence that any GST/HST remittances were diverted to assist with the business activities. It was simply a matter of not being able to collect from many contractors as a female-run subtrade unless Ms. Penate agreed to return sexual favours for payment of the Company's completed subcontracts.

In conclusion, Ms. Penate established the due diligence defence and avoided personal liability for the corporation's non-remittance of GST/HST amounts.

It is important to be aware of the significant obligations that come with being a corporate director, including that individuals who are directors of a corporation that fails to remit required amounts may be personally liable. Directors must be satisfied that the corporation is staying current with tax remittances. Where a corporation faces financial difficulties, directors should be especially diligent. Mere inquiries resulting in incomplete or inaccurate assurances are not enough. However, where diligent oversight is made and extraordinary circumstances like the harassment Karla Penate repeatedly encountered exist, the due diligence defence may protect directors.

Many businesses have faced extraordinary challenges stemming from the unprecedented downturn caused by the COVID-19 pandemic. Early government supports to business included a deferral of GST/HST remittances due on or after March 27, 2020, to June 30, 2020, but this relief has now ended. Although the CRA has continued to temporarily suspend collections actions, directors will not be exempt from personal liability for unremitted taxes owed by corporations merely because of the severe economic downturn. For more information about COVID-19 topics relevant to your business visit our COVID-19 Resource Centre.

The due diligence defence continues to demand high standards from corporate directors and financial distress is not sufficient to absolve directors of liability; however, the Penate decision is welcome recognition that inequities faced by business owners who are subject to racial and gender discrimination can constitute extraordinary circumstances meriting relief from personal liability for directors. The decision may also create a precedent for non-tax cases considering directors' liability where discriminatory factors form part of the factual matrix.

When should accountants notify liability insurers about potential claims?

Duque V. The Queen: Analysis and comments on director's liability